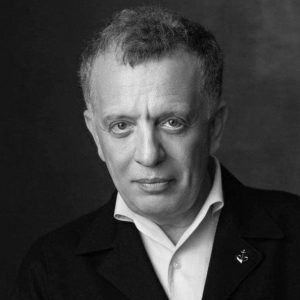 A LETTER TO DAUGHTERS: “I have four of you, and this letter is addressed to each of you”, Savva Libkin, Odessa restaurateur 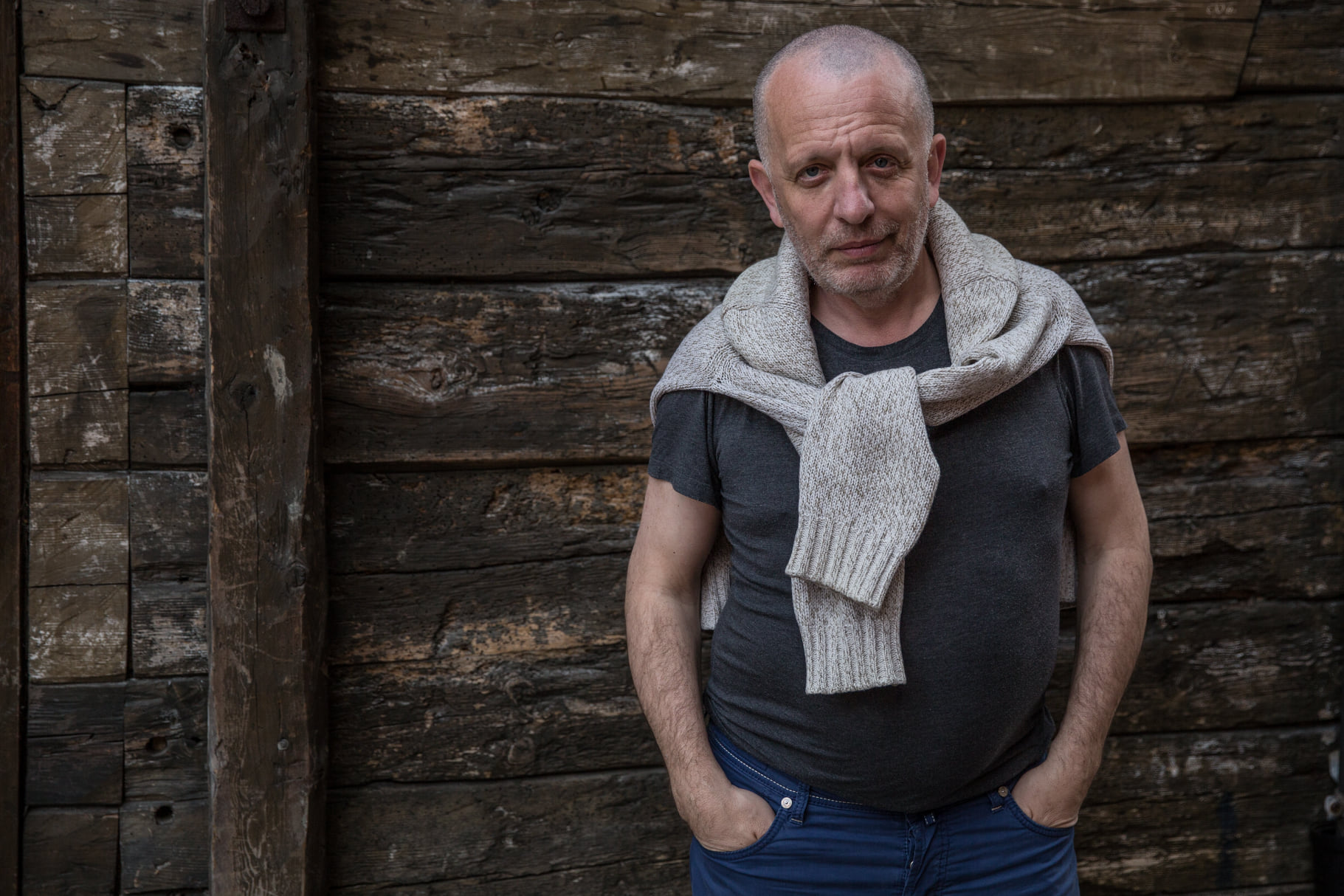 Letter as a literary genre has been known since antiquity. Born in Greece, the genre reached the heights of skill already in the Roman period. The letters of Cicero, Seneca, Pliny the Younger are the highest examples of early epistolary literature. But the Romans not only considered letter a graceful and free art, for them it was a part of their upbringing. In later eras, the correspondence lost its bilateral character and turned into a series of letters to a conditional addressee.

A letter addressed to a loved one or someone close in spirit became a self-sufficient and psychologically authentic, lyrically rich testimony “for everyone”. Philip Dormer Stanhope, Earl of Chesterfield, became a philosopher and a writer posthumously when his Letters to a Son were published. Voltaire called them the best of everything that has been written about education.

In the 20th century, many famous people wrote letters to their loved ones. The dizzying romantic correspondence of André Maurois, which lasted more than a year, formed the basis of the cult epistolary novel Letters to a Stranger. Poetess Marina Tsvetaeva believed that “letter allows a person to reveal himself, reflects character, and exposes features that are invisible in everyday life”.

But, in addition, it can become a kind of instruction for an entire generation. These are the letters of Maxim Gorky and Vasyl Sukhomlynsky to their sons or Letters about Good by Dmitry Likhachev. A remarkable example of such  “appeal to the generation” is the letter of the outstanding teacher of our time, Shalva Amonashvili, addressed to his daughter.

We invite our readers to try themselves in this genre as well. Write a letter to your children, wife, parents, along the way, you will make many amazing discoveries, look at yourself and your loved ones in a different way.

As an inspiring example, our almanac publishes A Letter to Daughters by Savva Libkin, a talented person, a famous businessman and a legendary restaurateur.

I have four of you, and this letter is addressed to each of you.

As you know, fathers are very fond of giving advice, and children do not like to follow this advice. Children know how to live, and fathers do not understand anything in modern life – they are people from the past. Therefore, the epistolary form is very useful here (if you do not know what the word “epistolary” means, then shame on me).

A letter is a message from the past to the future. From where I am to where you are.

The time will come when you will inherit my business. Some of you will begin to manage it, and someone will decide to do something else, just receiving dividends. Hopefully, by that time, our family business will be sufficiently institutionalized, and it will simplify your work. Although who am I kidding: no matter how well things are arranged, there is always a black swan around the corner with a sledgehammer in hand. That is, in the wing. Well, in general, you get the idea.

I want to live the next thirty years of my life in a slightly different format than before, and I hope you will help me with it.

I don’t want to be involved in operational activities, only strategy. I’m sure you don’t want to deal with operating systems either, and the youngest of you doesn’t even know what it is. But someone will have to. And most likely it will be one of you. We’ll have to accept what we have for today and carry on this business further.

I’m going to give you a rod, but not a fish. Whether this rod will fish is up to you.

But I assure you: there are a lot of fish in the sea and there will be enough for everyone.

Enough for you – if you honestly do your job and do not dissemble in your relationship with the world. And, of course, if you can prioritize correctly.

By the way, about priorities.

In the case of a family business, these points are intertwined with each other, but there is still a difference. What’s in the third place? Money.

Yes, business is not equal to money, it is something more. Your business is more valuable than money, and over time you will surely understand it. Of course, money is important, but it is a derivative of what you do, not an end in itself.

Focus on the action, because what we do is our life.

If the focus is on money, then family, business, and relationships will suffer. Family relationships are very important, as well as business.

Pay attention to the timbre of your voice – it is very important in your relationships with other people. As soon as hysterical notes appear in your voice, notes of the boss – you have lost.

Building relationships with partners and with a team is a long and painstaking process.

And you can break everything in a second, with one shrill shout. So try to pay attention to the little things – both in business and personal relationships. Everyday little things are just as important as strategic decisions – one is impossible without the other.

If something goes wrong in business (here, probably, it is more appropriate not “if”, but “when”), you most likely want to find the culprit. Start your search with yourself. In 99% of cases, these were you as managers who made the initial mistake, which then led to more visible negative consequences. The wrong person was hired.

Finding the culprit is easy and fun, but it usually gets nowhere.

Correct your mistakes – then their consequences in the form of your team’s mistakes will be eliminated.

My business, which I hope will eventually become yours too, is quite specific. For all its creativity and even some playfulness, it is about basic needs. Let’s take the cutlets. It means that our cutlets should always be tasty and standard.

Regardless of new technologies, new philosophy and so on.

Many years will pass, and delicious cutlets with the right mashed potatoes will still be in trend.

Fashion will change, and simple basic things will become even more valuable.

Because every year there will be more and more substitutes and less natural.

The market and circumstances will tilt you towards surrogates. It’s profitable. Sometimes it seems like there is no choice. You have to endure. When I started my (your) business, “coffee” was made from chicory. It is more profitable to sell chicory, but it is better to drink natural coffee. It’s the same with everything else.

Many things will change, but human interaction and delicious, natural food will still be valuable. Or maybe they will become much more valuable.

Try to spend all your free time on learning.

Your knowledge will be useful to you not only in business, but also in life. And learning is perhaps the most interesting process.

Since two of you are in school at the time of writing this letter, it will be difficult for you to believe my words are true. But look at me: I’m 60 and I’m still learning.

What do you think I would do it if it was not really interesting?

Try to look at any situation with a calm gaze of an observer, a researcher.

Do not generalize, do not jump to conclusions, do not rush to bring your valuable opinion into the situation. Just take a closer look and you will understand.

Look not only under your feet, but also far ahead. Try to look around the bend, beyond the horizon – there is the most interesting thing. Look where it is difficult to see, because what is under your nose is already clear.

Listen to what sounds quiet. You can ignore what is loud – it will break through anyway.

The quietest is the most valuable. Pay attention to shades, to midtones – they are more important than bright flashy colors. Also, try to get an independent perspective on the most basic things. And train it constantly.

Choose not only with your senses, but also with your mind. In other words, it is not only about the mind, but also about the feelings. And don’t be afraid to spend too much time making choices.

Allow yourself to fall in love without consequences, or maybe without a relationship, without thinking about what will happen tomorrow.
Try to free yourself from jealousy. Jealousy is emotional spam.

Appreciate the time you spend with loved ones. Learn to be fully present in these moments, without switching to anything else.

Be prepared for the fact that there will be one or two real friends in your life, no more. And learn to distinguish true friends from fake ones.

Monitor the reactions of those who are important to you. You can ignore everything else.

Pay more attention to understanding someone rather than getting your point across.
When you understand the other, you will be able to do so that he will understand you, too.

Travel as much as possible.

Don’t be afraid to spend too much time and money on travel – there is never too much.

On condition, of course, that you do not confuse travel and leisure. Together with you, we managed to visit dozens of cities and countries. And I hope that the brightest of our joint trips are yet to come.

Life is a great journey. I am sure you have heard this comparison more than once. Now our routes often coincide, although not as often as I would like (usual dad’s grumbling). The older of you have long followed their own path, the younger ones will soon choose their own route.

And I want to believe that one day, when your path comes to an important fork and you don’t know where to turn, this letter will be useful to you.

As a matter of fact, that’s why I wrote it.