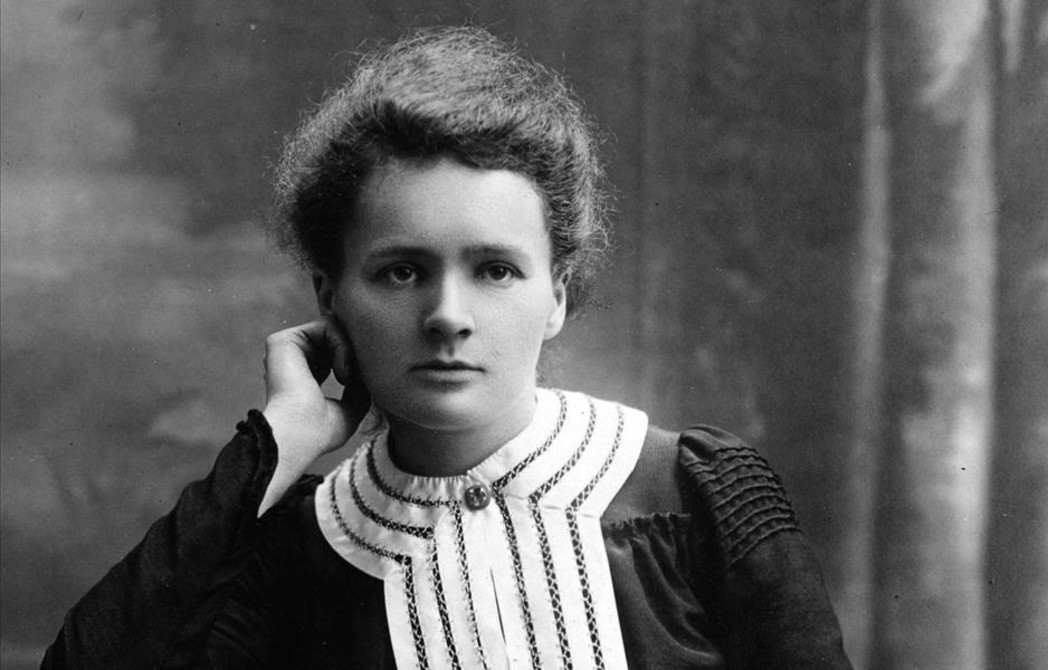 It was about her that Albert Einstein wrote that Marie Skłodowska-Curie was the only person he had ever met who was not corrupted by fame. The legendary experimental scientist was indeed too modest – especially considering all her regalia.

She was awarded the Nobel Prizes in Physics and Chemistry.She is the first woman Nobel laureate and the first twice nominated laureate in history.

Marie Skłodowska-Curie proved to the world that women can be great scientists. Together with her husband, she discovered the chemical elements radium and polonium.

Marie Curie became the first female professor at the Sorbonne and the first female member of the Paris Medical Academy. Despite her “primacy”, she very often preferred to stay in the shadow of her husband. And she gave discoveries to humanity – free of charge.

THE ROAD TO SOCIAL DEVELOPMENT

They say that Maria Skłodowska, a representative of a Polish family with noble roots, surprised her relatives as a child. When her older sister once read the words on the pages of a primer too slowly, four-year-old Maria took the book from her and began to read freely, surprising everyone present. Later, she began to actively show outstanding abilities both in the natural sciences and in the humanities.

After the January Uprising of 1863-1864, she had to forget her native Polish language. This influenced the childhood of Maria Skłodowska. In her autobiography, she recalled,

“All the lessons at the Warsaw school were held in Russian; they were mainly led by Russian teachers, who treated their students in the same way as they treated Poland itself – unfriendly. (…) That is why the value of such education raised many questions, and the atmosphere in the school was unbearable.”

Despite everything, the girl loved to study. Her father encouraged her children’s interest in science in every possible way. He used every opportunity to explain to her how the world works. Maria was especially fond of physics and mathematics. She only regretted that her father did not have a laboratory where they could conduct their experiments.

When Maria was educated in Paris, she began to actively teach children from poor families. “I still believe that the ideas that drove us at that time were the only road to social development. You cannot build a better world without trying to change the fate of a particular person; therefore, each of us should strive to improve both our own life and the life of another,” she wrote.

At the Sorbonne, Maria Skłodowska receives bachelor’s degrees in Physics and Mathematics. In 1895, she became the wife of the scientist Pierre Curie and received French citizenship.

ALTRUISM AS A GENERAL

“Be less curious about people, but more curious about ideas,” she said. Two years later, Maria Skłodowska-Curie publishes the first scientific paper on the magnetic properties of hardened steel. She focused her subsequent searches on the study of the radioactivity of uranium, as well as the discovery of polonium.

The discovery of a new chemical element, radium, was the result of hard daily work to isolate ore fractions. To obtain 0.1 gram of radium, Maria and her husband Pierre Curie were forced to process tons of ore, constantly exposed to radiation and hazardous fumes.

Each of us must work for his own improvement, and at the same time share a general responsibility for all humanity

The couple carried heavy boxes for four years, boiled ore, risked their health and career, and refused lucrative job offers at universities. They did not apply for a patent and did not receive any material benefit. Altruism has become their rule.

“None of us ever intended to profit in any way from our discovery,” Marie Skłodowska-Curie would later write. “That is why we did not patent it and always publicly talked about the results of our research. Moreover, we have always shared knowledge with scientists who asked us about it.”

SCIENCE AND PEACE WILL OVERCOME IGNORANCE AND WAR

It is very interesting to look at the photographs of those years. In the pictures taken at one of the most important scientific conferences – the Solvay Congress – there is only one woman. Despite the merits of Marie Skłodowska-Curie, she was still treated as her husband’s assistant.

She didn’t get upset. When the First World War began, Marie Curie began developing mobile X-ray machines. Since she was one of the first women in France to receive a license, she enjoyed her privilege and herself carried the apparatus to the front, helping the wounded. Later, she managed to prepare 20 vehicles of the radiological service called Les petites Curie.

I devoted a lot of time to science because I had a passion for it, because I loved scientific research

After the war, Marie Skłodowska-Curie focused on raising funds for the radium institutes in Paris and Warsaw, among other cities. In the medical departments, then with might and main, research was carried out on the use of radial rays in the treatment of cancer.

Regrettably, active scientific activity caused irreparable harm to the health of Marie Curie. When, in the late 60s, relatives transferred the archive of the spouses to the National Library of France, it turned out that the diaries, letters and photographs still emitted glare and were radioactively hazardous to human health.

She is remembered and revered. Marie Skłodowska-Curie was one of the few women who was honored to be buried in the Paris Pantheon.

She bequeathed to her descendants only one thing: “Infinitely expand the boundaries of knowledge, unbiasedly explore the secrets of matter and life (…) be among those who, like Pasteur, firmly believe that science and peace will defeat ignorance and war.”