Found a “universal pill” for aging, stupidity, crime and disease! 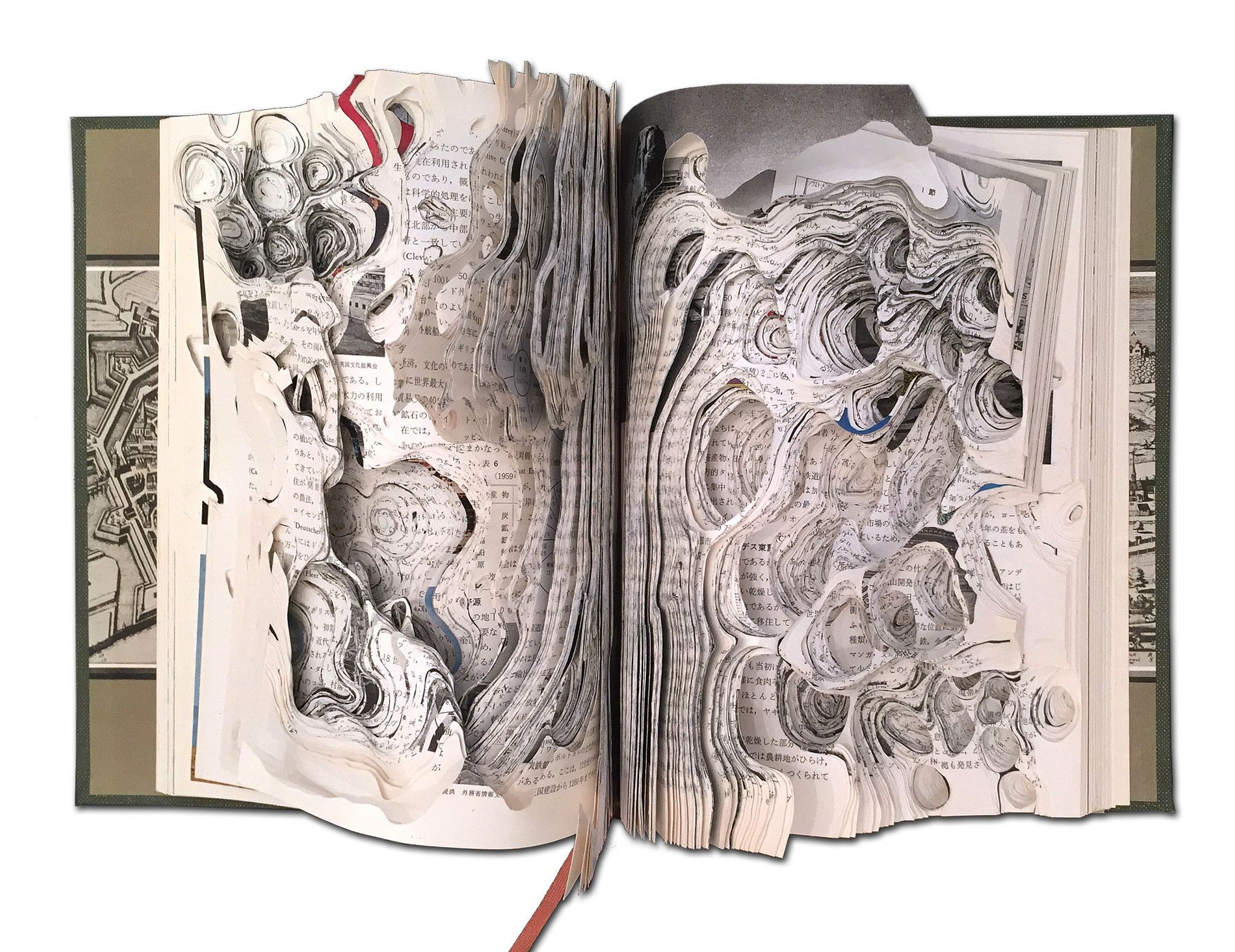 When was the last time you read fiction? Classic novel or science fiction. Surely you want to exist and develop in a safe world, get sick less, sleep better, live longer, worry less, be more competitive, smarter and more successful. Then you have to put aside your smartphone, stop watching TV shows and return… to the good old book.

The evolution of human communities has revealed to us the “Gutenberg Universe”. Since then, the book itself has become a factor in the evolution of the human brain. In the article “The Strangest People in the World”, Harvard professor Joseph Henrich explains that the Protestant Reformation did more than just increase literacy among the population. It”rewired” the way the brain works.

Among the most important “updates” that were installed in it thanks to reading: face recognition has shifted to the right hemisphere, the tendency to holistic visual processing has decreased, and verbal memory has increased. The corpus callosum – the information highway connecting the two hemispheres – has become much thicker. Reading stimulated the “scenario” of our thinking, the ability to imagine alternative scenarios.

We have learned to better remember the smallest details, imagine detailed scenes and think through difficult situations. However, have books changed us forever? Apparently not. The more we give preference to fluent scrolling from gadgets, the more we lose our deep reading skills. And with it the ability to focus and capture complex ideas.

12 years at Yale University researched the link between book reading and life expectancy. The study found the following pattern: people who devoted to reading at least 3.5 hours a week had a 23% lower risk of premature death than those who did not read books.

Although scientists have established such a statistical dependence, they have not been able to provide an unambiguous scientific explanation for this phenomenon. However, they hypothesized that it was brain activity, which increases the connections between brain cells.

And this, in turn, helps to reduce neurodegenerative diseases that shorten life expectancy. Whether it is true or not, if you want to live happily ever after, read books at least for the prevention of serious diseases. Itекуц will significantly increase your chances of longevity.

The book is a unique, drug-free antidepressant. If you remember the common phrase that “all diseases are from the nerves”, then in this case reading helps people to avoid them. Here it is worth reminding the Ukrainians of some statistics. According to WHO, cardiovascular diseases are the leader among all causes of death in Ukraine (almost 70%).

However, there is great news for reading lovers in our stressful world. Scientists at the University of Sussex in the UK have found that reading reduces stress levels much better than even walking in the fresh air or relaxing music.

According to their data, while reading, the stress level of the subjects fell by 68%. Just 6 minutes spent reading the book was enough to significantly slow down the heart rate and reduce muscle tension.

THE BOOK AND BRAIN AGING

Scientists at Rush University in Chicago analyzed data from 294 Americans, who averaged 89 years old. The cognitive functions of the brain are known to decline with age.

The defeat of various brain areas, the emergence of amyloid plaques and protein “tangles” lead to the development of senile dementia. However, reading slows down these age-related changes and even the development of diseases such as Alzheimer’s.

Those who stimulated their mental activity throughout their lives, including reading books or doing writing, were much less likely to suffer from severe forms of cognitive impairment. For example, their risk of developing Alzheimer’s disease was reduced by 2 times. However, the same effect was observed among those who were fond of chess.

Doctors at Mayo Clinic have carefully studied the effects of the ritual that the administration of this medical institution has imposed on their patients. Doctors asked them to read before bed. It turned out that reading books has an extremely beneficial effect on sleep, providing a natural, smooth transition from wakefulness to falling asleep.

But it cannot be said about various kinds of electronic gadgets. They greatly irritate the nervous system, and it takes much longer for it to “slow down”. Light from laptop and smartphone screens lowers the production of the sleep-related hormone melatonin. Therefore, it is recommended to stop looking at the screen 1-1.5 hours before you decide to go to sleep.

When a person reads, about 17 brain zones are involved in this process, which are responsible for performing various tasks. For example, one – for visual perception, the other – correlates sounds and letters, the third – recognizes the meaning of what was read, etc. As we read the book, we train all of these abilities at the same time.

A study published in the journal Child Development says that reading not only helps children build vocabulary, and thus master more competitive forms of communication, but also develop intelligence. Children with higher reading skills at age 7 do better on IQ tests.

However, books affect not only our minds, but also work on a physical level. Therefore, reading can be compared to a little workout in the gym. Focused reading burns about 42 calories per hour. Moreover, in comparison with the consumption of information in a different form, it is much more “economical” for our body in terms of energy consumption. So, for example, when you flip through Twitter or news on the Internet, you lose a lot more – about 65 calories per hour.

THE BOOK AND CRIME

Private prisons are a booming industry and a very lucrative business in the United States. Therefore, more and more of them are being built every year. But like any business, the prison industry also needs planning and long-term strategies. To do business for prisoners, you need to somehow assess the market and plan for its future growth. But how do you calculate the investment?

For example, how many prison cells will you need tomorrow or the day after tomorrow? What will the prison population be in 10 or 15 years? To make an accurate prediction in this area at first seemed a daunting task. However, the “prison businessmen” very quickly discovered that this is actually very easy to understand. To do this, they began to use the simplest algorithm based on surveys of 10 and 11-year-olds.

They were interested not only in the number of those who can or cannot read, but also those who are not able to do it for their own pleasure. Of course, an educated society is also imperfect and not free from crime. But the fewer literate people in it and those who from childhood know how to appreciate good fiction, the higher such a society has a chance to face an uncontrolled increase in crime.

Fiction is an empathy trainer. The book develops our ability to better understand other people, their beliefs, thoughts, desires. But the long-term refusal to read fiction, as the experiments of David Dodell-Feder from the University of Rochester proved, on the contrary, significantly impairs our social cognitive abilities.

He examined the brain waves in the process of reading and found that the brain reacts to the content of the book in the same way as to real events. That is, when the hero of the novel plays tennis, the story about it activates the same areas of the brain as when you are physically present on the court. In the same way, we love, hate, fear and overcome fear together with the book characters, as if we ourselves are directly involved in this. At least this is how our brain perceives it.

Theory of Mind is our ability to ascribe different mental states to ourselves and others. And also understand that others may have them different from our own. One of the problems with watching TV, unlike books, is that it limits the theory of mind. In November 2013, the Journal of Communication published an article entitled “The Relationship Between Television Exposure and Theory of Mind in Preschoolers”.

The researchers found that cognitive development was severely impaired in preschoolers who had a TV in their bedroom. The more often they watch background television, the less they understand other people’s beliefs and desires. But with books – everything is different!

At the Center for Neuropolitics at Emory University in Atlanta, studying neural changes while reading a novel, they concluded that the ability to put oneself in the shoes of another person improves the theory of mind. They compared the results of MRI scans of the brains of 21 students during rest and after reading an excerpt from Robert Harris’ thriller Pompeii for 9 nights. Their brains reacted as if the act of reading placed the reader in the body of the protagonist.

Reading a good novel gives free rein to the imagination, takes us into a fantasy world, which the brain perceives as reality. Have you ever wondered why book adaptations are rarely as good as the original novel? Because the most advanced special effects will always give way to the visual power of your imagination! In addition, even the most beautiful classic film requires almost no associative thinking from the viewer.

That is why while watching movies and TV shows, our brain really rests – in the truest sense of the word. All the work on the script that our brain had to do has already been done by the director, the cameraman, the editor and the entire film crew. And the actors created a clear emotional background, making it impossible to pause the narrative, analyze in detail and learn from the hero’s experience of emotional discovery.

This is especially true of “spectacular” films with an abundance of special effects. After all, our consciousness is only able to consistently, and not simultaneously perceive external events and refer to internal experience. Professor Ohad Landesman invited the participants of the experiment to watch an excerpt from the Western Good, Bad, Ugly, measuring the dynamics of activity from the brain using MRI.

Cinema had almost the same effect on all viewers, i.e. deindividualized experience. The book includes a “personal” fantasy – after reading the text, we will never get two identical images.

One of the most popular science fiction writers of our time, Neil Gaiman (American Gods, Good Omens, Stardust, etc.), explained why the Chinese Communist Party, which previously banned science fiction, changed its attitude towards it. Moreover, since 2007, it has begun to hold large-scale events dedicated to science fiction and fantasy under the auspices of the party.

It’s just that at some point the Chinese realized that they could create excellent copies of anything if they were provided with ready-made schemes. However, with original inventions and innovations, the situation was much worse. The Chinese Central Committee decided to find out the reason and sent specially trained Chinese to the United States to interview employees of Apple, Microsoft, Google, etc.

It turned out that everyone who invents the “future of the world” today was fond of science fiction as a child. For example, Elon Musk, who can be safely considered a benchmark innovator of our time, in childhood read books for 10 hours a day or more. The party said “we must!” – the Chinese unanimously answered “yes!”. And then they began to read and study fantastic literature. How else can one win in the conditions of technological and geopolitical competition with the United States, if innovative thinking is not stimulated en masse?

Science
NOBELS AND IG NOBELS: laugh, then think!
Science
The mouse “hikikomori” helped to understand the nature of depression in humans
Science
What place does Ukraine have on the world cultural scale?
Interview
CONVERSATION OF A YOUNG MAN WITH A PSYCHIATR
Science
A CONVERSATION WITH A SCIENTIST: Olga Dudchenko from Kyiv is a rising star in world science (Part II)
Science
INTELLIGENCE IN OUR HEART: WHO IS THE MOST IMPORTANT IN THE WORLD?