GRANNY EFFECT: How did Evolution “Invent” Marriage and Mothers-in-law 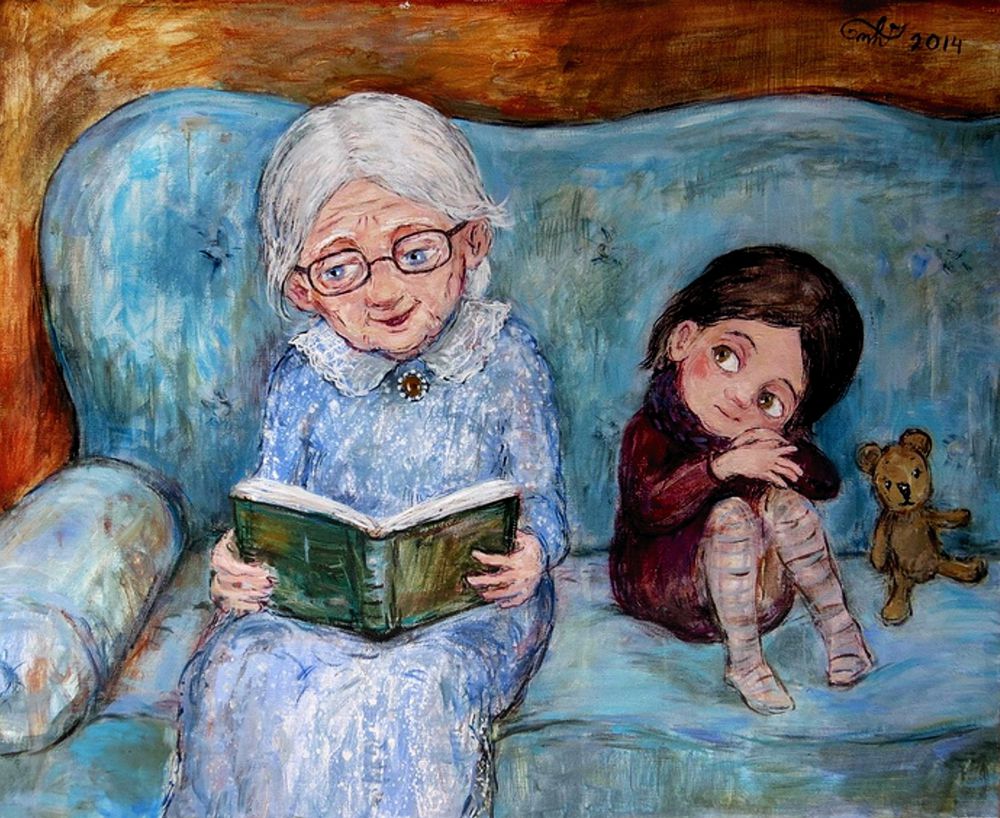 “Dad, why is the grandmother running around the garden in zigzags?” asked the daughter. “To whom – a grandmother, and to whom – a mother-in-law! Give your father those cartridges!” This bearded anecdote conveys the traditional antagonism between children’s parents and older family members. But to what extent do “classic” anecdotes reflect reality?

Scientists argue that a family consisting of several generations is more successful in evolutionary terms. In fact, grandmothers and the evolution of the family and human communities are in a very complicated relationship. Let’s hear what modern science has to say about the “grandmother effect”.

HYPER-CARE OF THE BABY FAILED

In wildlife, the survival of the offspring of biological species depends on how much the parents take care of them. The phenomenon when other relatives take part in this is called alloparentity. Scientists from the University of Maryland (USA) found that alloparentity is due to the activation of specific areas of the brain and hormones such as oxytocin and vasopressin.

They are responsible for emotional connections and are developed as a result of touching other individuals. Under their influence, mice are happy to lick and move other people’s cubs to safe places, and sometimes even protect them with their bodies. In the book Mothers and Others, American primatologist Sarah Blaffer argues that the higher primates treat other people’s babies in much the same way. However, they can show concern only in the absence of their own mother.

The female great ape will never let the baby out of her hands. Only in very rare cases she is able to briefly entrust him to someone else. In this regard, researchers are asking the question: at what point and why in the process of evolution did a person violate the law of overprotection of a cub, which is characteristic of higher primates?

GRANDMA IS THE TERRIBLE WEAPON OF HUMANITY

In human communities, mothers completely trust the upbringing of a child to a grandmother, a nanny, a kindergarten worker. This behavior is unique to humans – it is not observed in any other animal. Blaffer suggested that this feature was formed in humans at the dawn of the era of hunters and gatherers. If there was someone next to the mother who had much more experience in caring for offspring than she did, then the chances of survival for the offspring of such a mother increased dramatically.

Naturally, the closest bearer of this experience was the “mother of the mother”, that is, a kind of “proto-grandmother”. And here one more difference between man and animals manifested itself, the females of which are mostly capable of conception until death itself. But women at the age of 50 years old lose their reproductive function, but at the same time they do not lose activity and efficiency.

It means that they get the opportunity, like female animals, to perform maternal functions until the end of their lives, only without giving birth. Thus, in the person of grandmothers, evolution has placed in the hands of man a powerful tool for the effective upbringing of numerous and highly competitive offspring. Perhaps the influence of grandmothers is one of the factors that helped Homo sapiens become the dominant species on the planet.

LOVE MORE THAN FATHERS, BUT OVERFEED!

In the early 2000s, scientists studied the Oromo people living in southern Ethiopia. They deduced the following statistics: if among family members there was a grandmother who raised her grandchildren and helped run the household, then the mortality rate of children under 3 years of age decreased by 25%. Similar statistics apply not only to African, but also to European countries. For example, in Finland, several centuries ago, it was noticed that under the care of grandmothers, the chances of babies surviving to the age of 5 increased by 30%.

Data obtained by American scientists suggests that even if children lose their parents for one reason or another, grandmothers do an excellent job of raising them. Relations in such a cell of society are organic and psychologically comfortable for children. Grandmothers love their grandchildren just as much as their parents. And, apparently, even more than the average dad, since their ability to empathize is much stronger. A study by Americans of the brain of grandmothers showed that when they look at their grandchildren, the same 10 departments are activated as in the maternal or paternal brain.

Grandmothers are good in everything. The only thing that is traditionally alarming in their attitude towards their grandchildren is the belief that careless parents underfeed their unfortunate children. Among the causes of childhood obesity, scientists note the desire of grandmothers to feed their satiety and pamper their grandchildren with sweets. Grandparents all over the world tend not only to overfeed, but also to protect them from physical exertion at the same time. In particular, a large-scale study was conducted in China, which showed that where older relatives are actively involved in family life, children are almost inevitably overweight.

True, only those families who were helped by the mother’s mother could boast of such results, about whom the male half of humanity has thousands of anecdotes. But in reality, whatever the relationship between the son-in-law and the mother of the wife, in caring for the survival and development of offspring, she turned out to be extremely effective. What can not be said about the mother of the father. There are immeasurably fewer jokes about her, but there can be much more harm.

In Germany, for example, studies have shown that the mother of the husband often had a rather negative effect on the survival of offspring. Australian scientists, who decided to study this issue in detail, came to the unequivocal conclusion that maternal relatives are much more involved in caring for children than paternal relatives. Scientists explained this fact quite simply: unlike the father, the mother can always, one hundred percent, be sure that the children are from her. Accordingly, the mother of the wife – the mother’s mother – absolutely knows for sure that these are her grandchildren.

But with the mother of the husband, everything is not so simple… Even if she is a completely reasonable and modern woman, subconsciously she is always ready for a “trick” from her daughter-in-law. Apparently, such an attitude towards the son-in-law is also a psychological relic of past eras, when the cruel realities of the primitive tribe did not allow to establish exactly who exactly the baby’s biological father was.

GRANDMAS ARE THE REASON FOR MARRIAGE

American anthropologists from the University of Utah, using mathematical modeling, proved that at some point the living conditions of people on the planet changed – the life expectancy of women increased, and, as a result, the phenomenon of menopause appeared, which was rarely seen before. In fact, this led to the birth of a grandmother.

Scholars believe that grandmothers initially tended to take care of their daughters’ children first and foremost. And it allowed them to have more children. As a result, the genotype of the long-lived woman began to dominate the entire human population, and the proportion of women of reproductive age increased. According to the model, in a population where there are no older women, there are 100 women ready for childbearing for every 77 men – about the same ratio is typical for most communities in the animal world. However, 30 years after the appearance of grandmothers, this ratio changed and amounted to 156 to 100.

Obviously, this has led to increased competition among men and the desire to rigidly fix the status of owning one’s darling. So the appearance of grandmothers led to the emergence of the institution of marriage. And in the course of evolution, those communities received benefits in which long-term monogamous relationships arose between men and women.

Science
NON-HUMAN BRAIN: MATH AND GROWTH THINKING
Science
BIOLOGY OF THE SUPERRICH: How are billionaires different from clownfish?
Science
Evolution “registered” God in our brains
Science
WHAT IS SINGLTON: Is a global dictatorship inevitable?
Interview
THE MAN OF THE DESERT: symmetry and light by Evgeny Katz (Part III)
Science
Why do low intelligence, closeness and failure make you hate “strangers”? (Part II)