HOW DO WE MAKE ACQUAINTANCES: five circles of social contacts 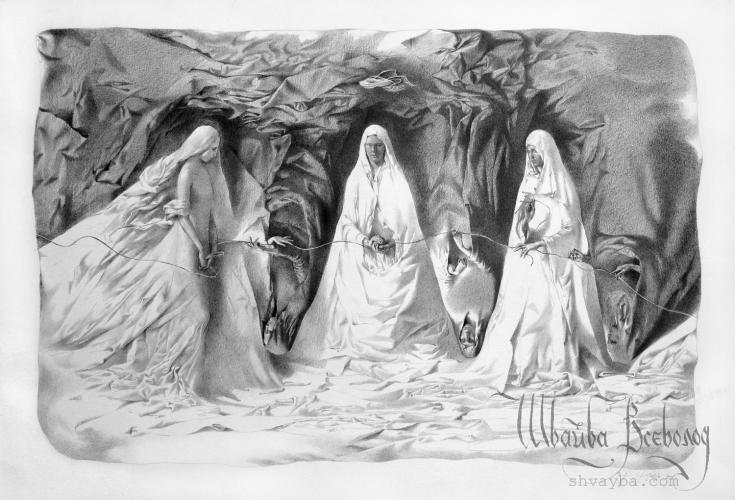 Not all of our contacts with other people are equal. How does our social circle develop in general? To what extent does the circle of contacts determine our well-being, success, and even health? How many and what kind of acquaintances do we need? Let’s find out how sociologists answer these questions.

QUALITY IS IMPORTANT, NOT QUANTITY

Every year 200 million Americans spend 280 billion on various activities related to finding a job. It is a huge market. With the arrival of services such as LinkedIn or Glassdoor, the number of potentially useful career contacts has increased.

However, even in the digital age, the patterns discovered at the end of the last century by the professor Mark Granovetter of Stanford University continue to work. He found that 56% of people get their jobs not through friends, family or by reading an advertisement in the media, but through acquaintances.

That is, through those with whom they met irregularly, from time to time. Among people with a high income and a prestigious position, there are even more of them – about ¾. Social media, networking, conferences and job fairs are increasing the number, but not the quality of our contacts. Only “useful acquaintances” have a positive effect on our life and career. But many of these fateful contacts turn out to be accidental.

How many familiar people can our social circle accommodate? The so-called ‘Dunbar number’ is widely known: 150 stable contacts – it is exactly how much we are able to maintain on average. With the advent of social media, little has changed here either. The study found that less than 5% of Facebook users come into contact with over 100 people. Exactly the same picture was given by the analysis of contacts on Twitter.

Social networks allow us to inflate the number of contacts to hundreds or even tens of thousands of “friends”, but they do not help us feel closer to them. The number of “people you would not hesitate to approach, bump into in a bar, and drink together” (as anthropologist Robert Dunbar explains what a stable contact is) remains about the same.

FIVE CIRCLES OF OUR CONTACTS

Our networks of contacts are structured like concentric circles. In the very center there are usually 2-3 people – it is the “first circle”, those people you turn to in case of force majeure. For example, in a state of emotional stress or financial problems.

The second circle – about 15 people with whom we have established close emotional ties, the so-called “sympathy group”. In this circle, contact occurs at least once a month.

The third circle includes about 50 people. Relatively speaking, the people whom we could invite to a party or a picnic, but we would hardly trust these people with our secrets.

Interestingly, the number of people in the communities that hunters and gatherers lived in the pre-Neolithic era ranged on average from 15 to 50 people.

The fourth circle, roughly coinciding with the ‘Dunbar number’, includes all our constant contacts. And finally, the last fifth circle…

The fifth circle is the last limit, beyond which begins the “blind zone” of contacts and some “just people” unknown to us. Usually the capacity of this circle is determined by multiplying the ‘Dunbar number’ by three or four. From 450 to 600 people, on average, the number of people with whom we are familiar, but do not maintain regular contacts, fluctuate on average, we see each other from time to time.

In some, rather rare cases, this last fifth circle can include up to 1500 people. But it is the maximum figure – outside of it, not a single person is able to build a more or less stable network of contacts.

WITH AGE THE CIRCLE OF COMMUNICATION DECLINES

The network of contacts does not remain unchanged, it transforms depending on various factors: age, social circle, etc. The most extensive it becomes in our country at about 25 years of age. It is the time for active acquaintances. We have a lot of free time that can be spent on communication at school, university, sports section, at a party…

At 25, we regularly communicate with an average of 25 people a month. But over the years, this number is gradually decreasing. By the age of 40, no more than 15 people usually enter the inner circle of friends. And at 65, that number is reduced to 10.

WORKING RELATIONSHIP IS THE STRONGEST

Comparing work relationships and social bonds, scientists found that the latter take longer to establish and break down faster. About 50% of social contacts outside the family are interrupted during two years of communication. Friendship, which develops before the age of 20, then persists for many years in only 15% of people.

The reasons for the breakdown of contacts are varied. However, only in 15% of cases these are some kind of conflicts or radical changes in life. In the Netherlands, scientists have been observing 600 subjects and their social connections for 7 years. In 40% of cases of termination of communication between people, the frequency of their communication simply faded, ultimately reducing the relationship to nothing.

YOU CAN MAKE NEW ACQUAINTANCES!

Networking is very important for a person. And not only for job search and career management, but also in order to feel healthy and happy. However, in this case again, we are talking about the “quality” of contacts, and not about their number or frequency. A modern person can feel unhappy and lonely, without leaving social networks with hundreds of “friends”, living in a huge city and contacting many people. A large network of contacts does not solve life problems.

It has been found that single people have a 26% higher risk of premature death. And in general, the “epidemic of loneliness” hits middle-aged men the hardest. Even heart disease and being overweight during this period are less dangerous for them. But positive social contacts can not only give a feeling of happiness, but also trigger physiological processes that reduce stress and improve human health.

Science
WHAT IS SINGLTON: Is a global dictatorship inevitable?
Science
MUSICAL BRAIN: living like a fiddle!
Science
THE CUCKOO’S CALLING: reputational` signals and self-fulfilling prophecies
Science
IN LABORATORIES: how humanity spent the summer of 2021
Science
THE WIRING PHENOMENON: man in the disappearing center of the world
Science
Like a cat and a dog: who in the world is smarter, prettier and sweeter than everyone else?