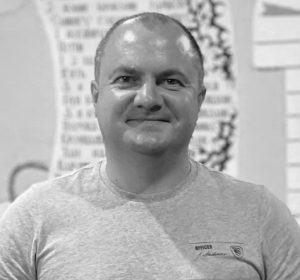 “It is very difficult to attract large investments here. But Ukraine is still number one for me,” Dmitry Sergeev, the founder of the international photo bank Depositphotos

On the air of the Big Fish Youtube channel, Dmitry spoke about what emotions the deal aroused in him and what principles he adheres to in business.

ABOUT THE REASONS OF THE TRANSACTION

The Depositphotos ecosystem was resilient, but the business had to be sold. These are, in fact, Depositphotos, Crello, Bird in Flight online magazine, Focused marketplace and WAS publication.

Next year we wanted to attract investments with our estimate of 300 million, but we did not gain it. We needed resources to fight the competitors we were attacking. When you are in Ukraine, you have problems with investments. And then they make you an offer, with which the team really has a chance to win.

They came to buy Crello, not Depositphotos. They are not comparable in terms of volume and income. Depositphotos earn much more, but with a lower multiplier. However, Crello could not be sold without Depositphotos, because it uses similar technologies.

$ 85 million is my way out and my freedom. It seems to me that the estimate is underestimated. We started with 200 million, investors were sure that it was a real amount. But I agreed to 85 – and that was my decision, because I didn’t want to waste this chance.

ABOUT STRESS FROM THE TRANSACTION

I was tired of the transition period: before the sale, during the deal, and after it. The deal, although significant for Ukraine, is not too big. But very stressful for me personally. When you enter this process, you understand 90% that there may not be a deal.

Negotiations began. The first is to sell or not, and if so, how to move on. Then a purely technical – negotiations with investors, the choice of lawyers. It took three months. Therefore, I wanted to rest. In addition, let go of the command and realize that you are on your own now.

We had two signatures. Both at night. You kept it in your head all the time, everyone was on edge. Saturday, midnight, call: “We signed up!” And you’re like, “Hurray, we signed up!” and put down the glass with compote.

At that moment, We Are The Champions sounded in my head, and then some Muse turned on and I went to cry in the bathroom. I, of course, did not cry, but there was a sentimental story.

After the sale the fear came that nothing would work out further. I understood that there was a certain interval for which you would either do something or not. I didn’t want to spend the next five years of my life looking for a unicorn. But you needed to search and see.

ABOUT LEAVING YOUR BUSINESS

From the very beginning, I did not even consider the option of the leaving. But after meeting with the management of the company, it became clear that everything goes on without me. The CEO remains in the project and leads it further. Earlier, as a founder, I rejected some of his initiatives.

Perhaps now he is even a bit happier that he will continue to work without me. The new founder said that he would strengthen the role of the CEO. I invested almost the entire amount I received. I bought shares of ETF funds that dealt with crypto. I kept 2 million for myself, so that I had enough with some company to reach Series A Round.

ON CHANGES IN THE INVESTMENT CLIMATE IN UKRAINE

Everything that happened after the revolution is for the better. The investment climate has improved. Nevertheless, the same dark stories still happen in Ukraine that have been under Yanukovych. It is very difficult to attract large investments here.

But Ukraine is still number one for me. And I will try to do something noticeable so that the country becomes more visible. There are many talented people here and the IT sector is developing very well.

I did not pay taxes on the transaction in Ukraine, because I am under a different jurisdiction. But business is in Ukraine and generates income every day. Every month we pay 1–2 million dollars in monthly wages. Everyone who received money in Ukraine paid taxes.

When you get your first income at the age of 14, you understand that you can be independent. A lot of prospects are opening up related to material wealth. My business principles are simple:

I want to create a creative association and make content. For different ages, on different topics. For example, children’s content, pop science, history. I want to do something serious in Ukraine – production that will be interesting to people.