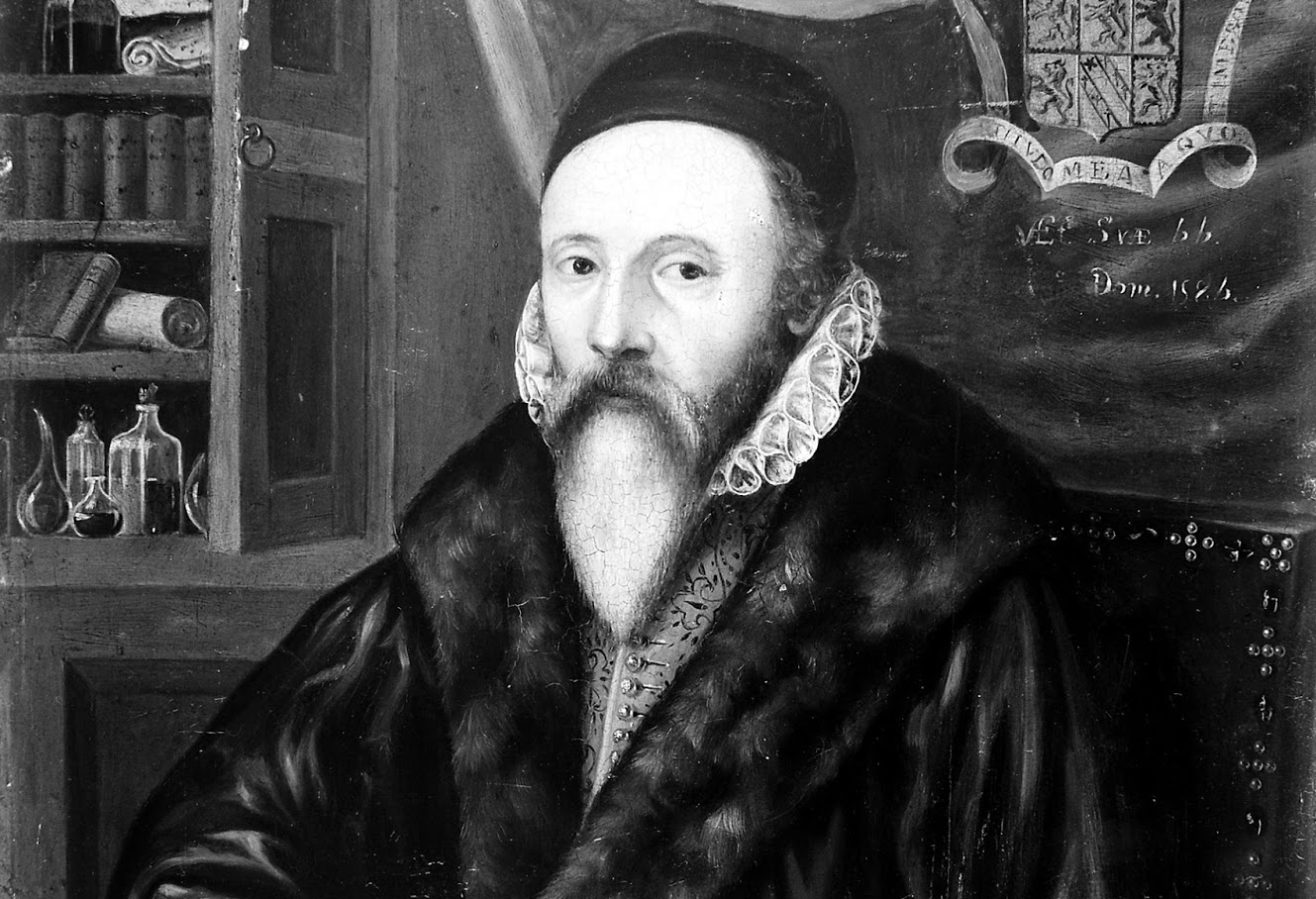 ADVISOR TO THE QUEEN

And soon everything changed dramatically. Mary the Bloody died of a fever, and Elizabeth was enthroned by her loyal devotees. The persecutor of the renovated English church, Bonner, ended up in the Tower, and the queen, without a moment of hesitation, summoned him to herself and made her adviser. It was rumored that it was he who chose the day of her coronation, having verified the most favorable moment by the stars, which promised a successful and long-term reign.

He was respected, but also feared. Many believed that it was he who turned away the power of the Spanish armada from England in 1588, sending murderous waves to the enemy fleet with secret spells and rituals. There was some truth in this. Dee, knowing perfectly the laws of nature and the intricacies of navigation, easily foresaw a storm, and when the Spanish fleet approached the English shores, he only advised him to postpone the battle.

They listened to him. The English ships remained in a quiet bay, where nothing threatened them, and the Spanish sea was pretty battered by the blowing wind. When the storm subsided, the British easily finished off the remnants of the belligerent invincible armada.

It was rumored that with his spells he was not capable of such that, if the queen ordered, he would stop the wind, let it rain, even change the sun and moon. Such speeches made the queen smile, but she understood well: this educated man was loyal to her with all his heart and was ready to do a lot for her.

Elizabeth, enthroned by force, was afraid of conspiracies – it must be admitted that she really had a lot of enemies. But there were also enemies of England. Neither loyal guards nor strong bolts could restrain them from atrocities. It was possible to cope with them only knowing their intentions. And for this, someone was needed who, without attracting attention to himself, found out all these plans. A spy was needed.

Who can better fulfill such a delicate mission than an intelligent, observant scientist, traveling a lot, communicating with different people! Dee agreed to help the queen, in return she promised him full assistance and patronage. And non-interference in his mystical practices.

At his home in Mortlake, he collected the largest library in England – 2.670 manuscripts! In Cambridge and Oxford put together there were fewer of them then: in Cambridge – 451, in Oxford – 379. The library became a center of scientific thought, a “discussion club” of outstanding scientists and, quite possibly, a place of conspiratorial meetings.

There were no problems with collecting information: Dee traveled a lot, moved from country to country, and that’s all – without arousing suspicion. For each such trip, he compiled a detailed report. Her Majesty’s spy signed his messages “007”.

The zeros symbolized the eyes of the queen, such a mark on the envelope meant that the note was intended exclusively for her, and the number “7” was chosen as lucky – it is how numerologists interpreted it. Perhaps Ian Fleming borrowed this secret code of Her Majesty’s spy when he was choosing a “serial number” for his perfect agent James Bond.

In his mature years, John Dee stubbornly sought to establish a connection with the angels. When such a dramatic change took place, when the scientist moved from arithmetic and astronomy to an in-depth study of the occult sciences, it is difficult to say. He diligently studied the optics and structure of crystals, hoping with the help of natural minerals to learn how to bring otherworldly beings into this world, but his success in this field was minimal.

Some push, some sign was needed. And heaven gave such a sign. In 1582, Dee met a strange and very slimy guy, a certain Edward Kelly. There was little pleasant in this young (Kelly was 26 years old at the time of their acquaintance) man: a chronic alcoholic with all sorts of oddities and with circumcised ears.

An important detail, by the way: in old England counterfeiters were punished by cutting off the auricles. But Dee argued that Kelly had nothing to do with the criminal business, that he was an unsurpassed master of crystal fortune-telling, a great magician who was worth learning from. And there was a lot to learn: Kelly was known as a skilled master of fortune-telling on a crystal ball. Dee’s wife hated this rogue, but the scientist did not listen to anyone.

For more than ten years, John Dee in the company of Kelly was busy … communicating with the angels. Both believed that these pure spirits would bring them important prophecies and reveal the secret of the spiritual nature of the human race. How successful their searches were is unknown.

The only evidence of this strange direction of scientific activity is John Dee’s “Spiritual Diaries”, entries were discovered ten years after his death. Those notes were made in an unknown, unlike anything language, with a unique grammar and a peculiar syntax.

Researchers to this day have not figured out what kind of language it was – did it have some kind of “divine” nature or (this assumption was made in the 17th century by naturalist Robert Hooke)was used as a secret code that Dee used to encrypt messages to the queen?

In the late 1580s, scientific research forced John Dee to leave for the Kingdom of Poland for some time. He left the house and library under the supervision of his wife’s brother, but he turned out to be a careless watchman: Dee’s estate was plundered, priceless manuscripts were partially stolen, partially destroyed. And as soon as the scientist returned to England, a plague broke out in the country. His wife and four of his eight children died in terrible agony, he himself only by a miracle and by the grace of God escaped death.

But the reasoning of the church “sages” followed a slightly different logic: Dee was accused of having sent the “black death” to England. He knew how such accusations could end! After the death of Queen Elizabeth in 1603, there was no one to protect him, and during his long life he made almost a legion of enemies. King James I, an ardent persecutor of witches and black magicians, a hunter of “unclean” ones, was one of them …

Fortunately, John Dee escaped death at the stake. He spent the rest of his life in his own house in Mortlake. It was the beggarly existence of an eccentric scientist. He earned his living by drawing up horoscopes, occasionally selling surviving books.

Higher powers, in which he sincerely believed, measured him 82 years of earthly life. He left quietly (no one remembered either his services to the queen or his scientific works) and was buried somewhere in Mortlake, where exactly – no one knows.

Not even a dozen years have passed since the great and powerful Dee, the scientist-magician, the queen’s secret adviser, was forgotten not only by the powerful, but also by learned men. Or maybe they just preferred not to remember, fearing his unknown power?

At least he believed in his demonic power. The British Museum keeps his “seal of God” – a wax disk with the “full name of God” inscribed on it, seventy-two Latin letters and the names of seven archangels in a heptagon. And they say that until now adherents of esoteric ideas believe that that wax plate is the true key to other worlds.