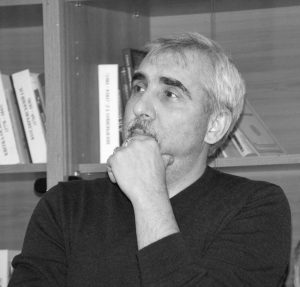 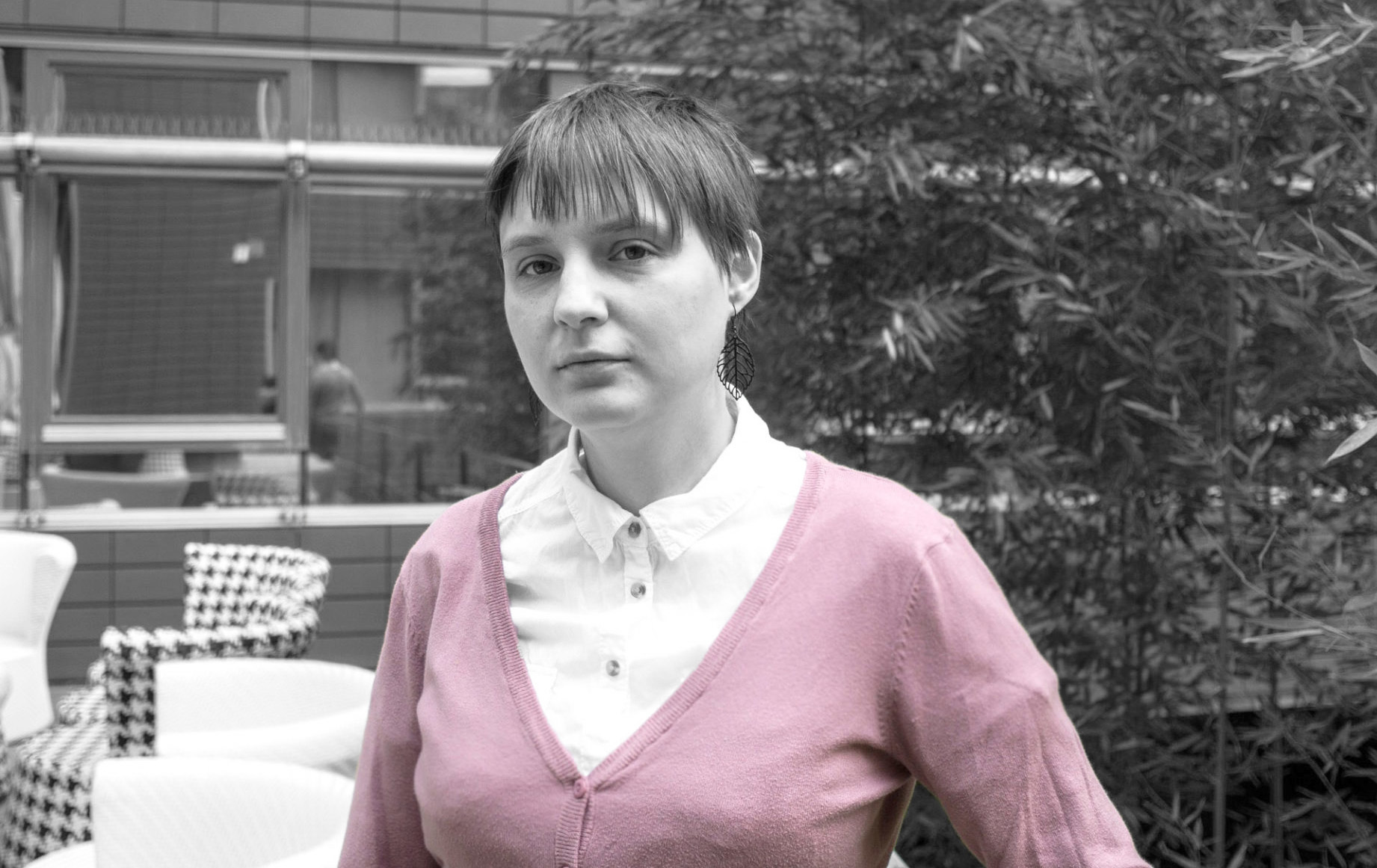 Maryna Viazovska, a 36-year-old scientist from Kiev, managed to solve a mathematical problem on which scientists around the world have been working unsuccessfully for the past 400 years. Maryna, as it turned out, needed only two years to solve… And it became a real sensation in world science.

In 2016, Maryna Viazovska received the Salem Prize – a mathematical prize that is awarded annually to a young mathematician “for outstanding research results in the field of scientific interests of Raphael Salem, primarily in the theory of Fourier series”. This prize is an analogue of the Nobel Prize, but it is for mathematicians. And it is the same authoritative – one of the most prestigious mathematical awards in the world.

THE DELIGHTS OF MATHEMATICS

Many people think that mathematics is something creepy, complicated and ugly (although a lot has been written about the beauty of mathematics), but mathematicians themselves often like to simplify everything.

There is an anecdote on this topic. One billionaire hired a biologist and a mathematician to predict a race victory. The biologist looked at the ceiling and began to argue: if he knew what the horse was fed (especially in childhood), what pedigree it had, then what results in the races its parents had, then he would be able to determine its maximum speed for sure.

The statistician did not look at the ceiling and said that he would take data on a hundred different races, analyze them and build a statistical model, after which he would be able to predict the results with an approximate probability.

Keep in mind, however, statisticians are applied mathematicians. But a real theoretical mathematician would say that he has already built a model of an ideal spherical horse in a vacuum, only to continue the research he needs a grant of ten thousand dollars.

The expression about “an absolutely elastic spherical horse in a vacuum” went beyond purely scientific folklore and became quite widespread. And it means the following: the constructed model is very simplified and poorly describes reality.

Many mathematicians sometimes follow a difficult path, getting a thrill from it. In fact, if you need some kind of model, you don’t need to build something very complex, you simply tire of analyzing such a model…

HISTORY AND DIFFICULTY OF THE PROBLEM

This problem has been studied for a little over 400 years – since 1611. The German mathematician and astronomer Johannes Kepler (1571-1630), having analyzed the symmetry of snowflakes, suggested that the ideal packing of balls in space (i.e. the densest packing) is achieved when they are arranged pyramidal one above the other. It is how we see oranges are laid out in stores.

It would seem so difficult! Nevertheless, the first correct solution appeared only in 1998, in the work of the American mathematician, the professor at the University of Pittsburgh Thomas Hales (born 1958), who proved Kepler’s hypothesis for three-dimensional dimensions. Interestingly, the solution to the problem was so long and complex that a group of twelve mathematicians decided to test it. They have been working together tirelessly for five years, then, apparently, they got tired of it and concluded that the proof was “most likely true”.

“They just didn’t have the time or energy to check everything fully,” said Henry Cohn, the editor of Forum of Mathematics, Pi (Cambridge University Press). “No irreparable flaws were found, but the situation when the proof seemed to be inaccessible for thorough verification by the mathematical community was not satisfactory”.

Then Professor Hales, in order to check himself at the same time, turned to computers for help. As a result, the proof of Kepler’s conjecture became the most complex mathematical proof, confirmed by computer calculations.

Interestingly, the solution of the eight-dimensional case by Maryna Viazovska from Kiev takes only 23 pages and is “overwhelmingly simple”.

“Change the dimension or slightly change the problem and the situation becomes incomprehensible,” said Richard Schwartz, a mathematician at Brown University of Providence (the USA). “I don’t know why the mathematical universe is designed this way”.

I remembered an anecdote, which is  known to almost everyone.

– How to find Lenin Square?

– It is very simple. It is necessary to multiply Lenin’s length by Lenin’s width.

This joke will certainly be laughed by those who have completed the first 10 classes of an ordinary high school (not to be confused with the physics and mathematics school), but the joke is definitely not for a mathematician. The mathematician will gloomily say that he sees nothing funny in it, but that you can find Lenin Square by taking an integral over the surface. Lenin is not a rectangle!

Ball packing problems have practical applications today, which Kepler did not even know about in his 17th century. They help to solve the problem of transmitting information while maintaining the transmitted signal in the presence of interference.

STRAIGHT TO THE GOAL FROM CHILDHOOD

Maryna Viazovska was born in December 1984 in Kiev. The girl studied well at school, but she preferred mathematics to other subjects, and in 1998 she entered Kiev Natural Science Lyceum № 145, which is located next to Olympic Stadium.

Since 1962, the current lyceum №145 is a former specialized physics and mathematics school (they studied there from the 8th to the 10th grade, and there were only 10 classes) with in-depth study of mathematics, physics and chemistry.

In 2001, Viazovska graduated from Lyceum № 145 and entered Taras Shevchenko National State University of Kyiv. “The Faculty of Mechanics and Mathematics of Taras Shevchenko National University of Kyiv is the best place to study mathematics. My teacher convinced me of it when the time came to enter the university. Then this option suited me perfectly: I wanted to study in Kiev, but apart from mathematics I was not interested in anything,” said Viazovska.

While studying at the university, Maryna participated in mathematics competitions in 2002-2005, easily winning the highest awards in 2002 and 2005. In the same 2005, Viazovska received a bachelor’s degree in mathematics from Kiev University. After that, she left to complete her studies in Germany, at the Technical University of Kaiserslautern (State Research University, one of the leading technical universities in the country), in order to obtain a master’s degree.

In an interview, she said about it, “I had to choose: to stay in Kiev and look for a job, or continue my studies abroad. So I got my master’s degree in the German city of Kaiserslautern… I think that in Ukraine, both in schools and in elementary courses at the university, they teach better than in Germany. But somewhere in the fourth year in Ukraine, most of the students begin to get a job… In Germany, students spend more time studying, they do not look for work, putting education  in the background”.

In 2007, Viazovska graduated from the University of Kaiserslautern with a master’s degree and in May 2010 she defended her Ph.D. thesis at the Institute of Mathematics of the National Academy of Sciences of Ukraine. And in 2013, a little used to the title of candidate of sciences, she received her doctorate in natural sciences at the University of Bonn.

In 2014, Maryna moved to Berlin, where she worked as a postdoctoral student at the Berlin Mathematical School and the Humboldt University of Berlin. And finally, in the spring of 2016, she announced that she had made an amazing mathematical breakthrough by solving the long-standing, for some reason, unresolved problem of packing balls.

“My discovery is not an insight or an accident. I have known about this task for a long time. A scientific article, which proposed a method for optimizing this 8-dimensional lattice, was written in 2003.

I didn’t think it was a world-wide discovery. I didn’t think it would make so much noise. It was just a good article, just an interesting problem that I worked on, but did not expect such attention. I’m not a Hollywood star, so communication with the press was hard for me. Although I consider it a part of my job to explain to people what and why scientists are doing”.

Viazovska received many prizes in 2017, when she worked at Federal Polytechnic School of Lausanne (founded in 1853, has the status of a technical university since 1969 and is considered one of the most prestigious educational institutions in Europe).

These were the 2017 European Prize in Combinatorics (awarded every two years) and the Clay Research Award (awarded to Maryna Viazovska in recognition of her pioneering work on the packaging of spheres in eight and twenty-four dimensions) – one of the most prestigious awards in the field of theoretical mathematics. And already in December of the same 2017, she received an award from the Indian University SASTRA Ramanujan in the amount of 10 thousand dollars for her contribution to number theory.

In January 2018, Viazovska became a professor at Federal Polytechnic School of Lausanne, and later, in the same year, she received the New Horizons in Mathematics Prize: “For the remarkable application of the theory of modular forms to the problem of packing balls in special dimensions”.

Viazovska was a guest speaker at the Combinatorics and Number Theory section of the 2018 International Congress of Mathematicians in Rio de Janeiro.

At the end of 2018, it was announced that she will receive the Ruth Little Sutter Prize: “The Ruth Little Sutter Prize in Mathematics 2019 will be awarded to Maryna Viazovska, Federal Polytechnic School of Lausanne (Switzerland), for her pioneering work in the field of discrete geometry and an impressive solution to the problem of packing balls in the eighth dimension”. The works of Maryna Viazovska were described as “simply magical”, “very beautiful” and “extremely unexpected”.

The triumph of this wonderful mathematician, this extraordinary woman from Kiev, continued. In 2019, she received the Fermat Prize, and in 2020, two more awards: in September, the National Latsis Prize from the Swiss National Science Foundation, as well as the European Mathematical Society Prize (EMS-prize) (awarded once at four years).

Viazovska’s work can find applications in other areas, including energy minimization and signal processing. However, she is not sure where her research can be applied.

“I’m a theoretical mathematician, so I don’t know much about practical problems,” she joked. The Ukrainian mathematician hopes for an even bigger breakthrough and dreams of winning the Fields Medal in 2022. Solving a mathematical problem that has not been solved for centuries is a real feat, nevertheless Viazovska has serious ambitions.

As for work, currently Maryna Viazovska is an ordinary professor of the Department of Number Theory of the Institute of Mathematics at the Federal Polytechnic School of Lausanne, Switzerland.

Her personal life is also in order. She has a husband (physicist) and a son.

SET TASKS AND I WILL COMPLETE THEM

One can try to understand how difficult or simple the problem solved by Viazovska is from another anecdote: “A student once approaches a professor giving a lecture on linear algebra and says, “Excuse me, I can’t imagine what a seven-dimensional sphere is”. To which the professor, smiling, calmly replies, “Young man, but it is elementary: imagine an N-dimensional sphere, and then just put N=7”.

“The most incredible results are obtained when there is an idea to solve problems that no one has touched before. And when questions are raised that no one ever thought to ask,”  said Maryna Viazovska. “I hope to do something similar. I can’t tell you a lot about it, because I just haven’t thought about it yet”.