MISTAKE OF THE FIRST INSTINCT: Thinking like a scientist is very profitable! 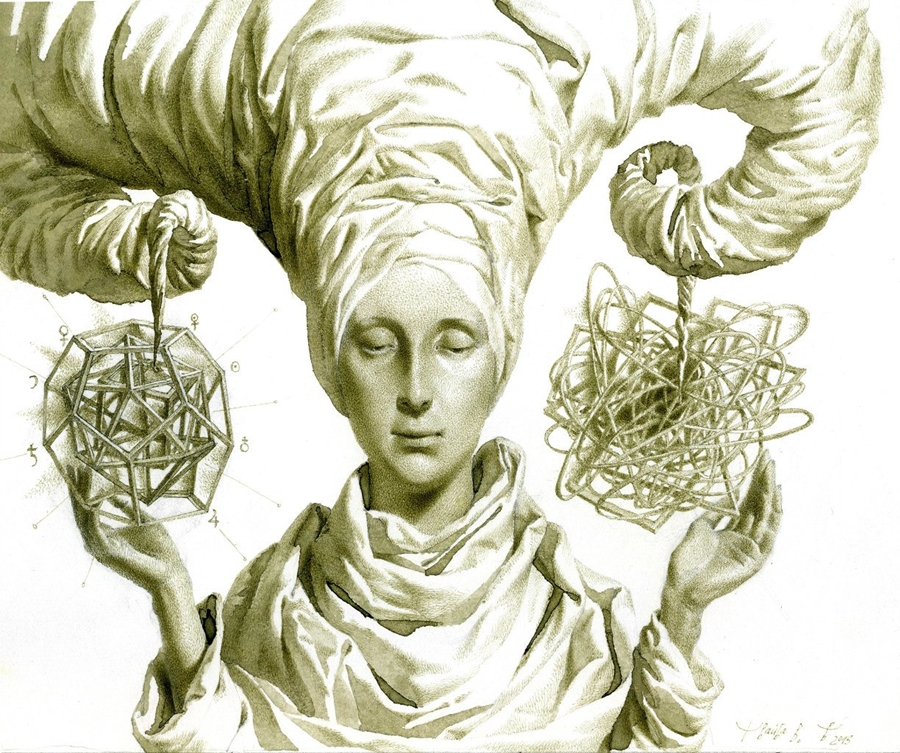 None of us like to be wrong. But if we tend to forgive our mistakes, then the mistakes of others are often viewed as a consequence of incompetence. But it turns out that the right to correct a mistake is a very important tool not only for personal, but also for collective effectiveness. The ability to retrain, change your mind, rethink is no less important for a person than the ability to learn and think.

Psychologists ran 33 experiments on students before discovering what they called “first instinct error”. Students were given the opportunity to revise their answers to the assignments and correct mistakes, if any. When subjects were given a second chance, they usually made most of the corrections correctly.

In Illinois, they looked at the statistics of rubber wipes that students resorted to when writing exam papers. It turned out that 50% corrected the wrong answer to the correct one, and 25%, on the contrary, corrected the correct one for the wrong one. However, it is not easy to doubt that your answer may be wrong.

Surveys showed the following: ¾ students believe that going back to the “beginning” can make the situation worse. Adam Grant, professor at the Wharton School of Business, is one of the world’s most respected management psychologists. In his book Think Again, he argues that rethinking the original answers dramatically improves outcomes.

However, it is not easy to decide on rethinking – you need to make a significant volitional effort over yourself, which in itself is much more important than rethinking as such. Because such a decision meets strong psychological resistance and meets the cognitive laziness of our brain. But the main danger to our ego is that by doubting our own rightness, we make our world unpredictable and question part of our identity.

Having once mastered a certain way of thinking, it is extremely difficult for us to give up the belief in our righteousness. Problems begin to arise when the context around us changes, but we do not, continuing to believe that the answer we once found is “correct”.

ZUCKERBERG AND THE FROG

There is an “experimental” legend about a frog that instantly jumps out of boiling water if you try to immerse it in it. But if the water is heated slowly, it will not feel any changes and will cook. In reality, it does not happen – as soon as the frog begins to feel discomfort, it immediately jumps out of the water. Unfortunately, people very rarely behave like these completely intelligent creatures, and continue to “stew” in the world of familiar ideas.

For example, the case with Facebook is indicative. Having created the first online network for distance communication during the holidays, Harvard students closed it as soon as the school year began and they were able to communicate face-to-face – in a traditional and familiar way. But Mark Zuckerberg looked at this situation differently – 5 years later, the Facebook project was launched on the same campus.

According to Grant, in the face of uncertainty, rethinking should become a permanent mode of our thinking. There is no longer a balance between overestimating and underestimating oneself to feel confident. It is necessary to question not only the solutions and tools for achieving goals, but also the goals themselves. In a turbulent world, rethinking should be a fundamental skill for everyone, not just the scientific caste.

Whether this is possible in principle, the researchers decided to check, who brought together 100 founders of startups from various industries for business training in Milan. They were divided into two groups: “scientific” and control. The former were taught to look at strategy as a scientific hypothesis and to conduct experiments to test the viability of this hypothesis. By constantly rethinking strategy and product idea, science-based businessmen achieved an average income of $ 12,000 over the next year.

At the same time, the founders of startups in the control group, acting within the framework of their once chosen strategy, the income was only $ 255. Experiments have shown that the “thinking of a scientist” significantly improves the effect of negotiations. Experienced negotiators are not afraid to agree with the theses of their opponents; they ask more questions than they give ready-made answers. Instead of many arguments in favor of their innocence, they stake not a few “killer” theses.

For the first time, the phenomenon of the blind spot was described by the ancient philosopher Seneca: a blind woman was sure that she was just in a dark room, and therefore did not realize her own blindness. Research shows that it is especially difficult for people with low emotional intelligence to update their views. People with insufficiently developed metacognitive skills – the ability to reflect on their thinking – also have problems with a realistic assessment of themselves.

The ability to take constructive criticism will also help you get rid of blind spots. Such criticism only makes strong leaders stronger. But this action also requires significant volitional efforts from them. Studies have shown that if a participant in the experiment was assigned a partner who did not praise, but criticized his actions, then the subject asked to replace him 4 times more often.

IT’S ALL ABOUT CULTURE

There is one psychological feature worth considering here, which psychologists call binary bias: an opinion different from yours, as a rule, only strengthens your conviction that you are right. Two polar theses do not solve, but only exacerbate the problem. It means that rethinking requires a more complex picture of the world, containing many more alternatives than two.

Grant argues that, in general, rethinking is not an individual but a collective skill that emerges from a particular type of organizational culture. In such a culture, the emphasis is on continuous learning, development and growth as a core value, and employees are given a “second chance” to correct their mistakes. Where curiosity and going beyond habit are encouraged, thinking is freed up not only for error, but also for innovation.

Science
THE MAD BEAUTY: Paris, India, Jerusalem and Florence Syndromes
Science
IN LABORATORIES: how humanity spent the summer of 2021
Science
COLOR MAGIC: How «universal» salespeople make us to choose
Science
VISION, BRAIN, LONGEVITY: Research Results
Science
PLANET OF THE MONKEYS: have we gone far from the “smaller brothers”?
Interview
The main thing, guys, is not to grow old with your brain! Smart tips for your brain from neurologist Viktor Kholin (Part I)