MULAN AND HER DRAGONS: how Zhang Yin became China’s most successful woman 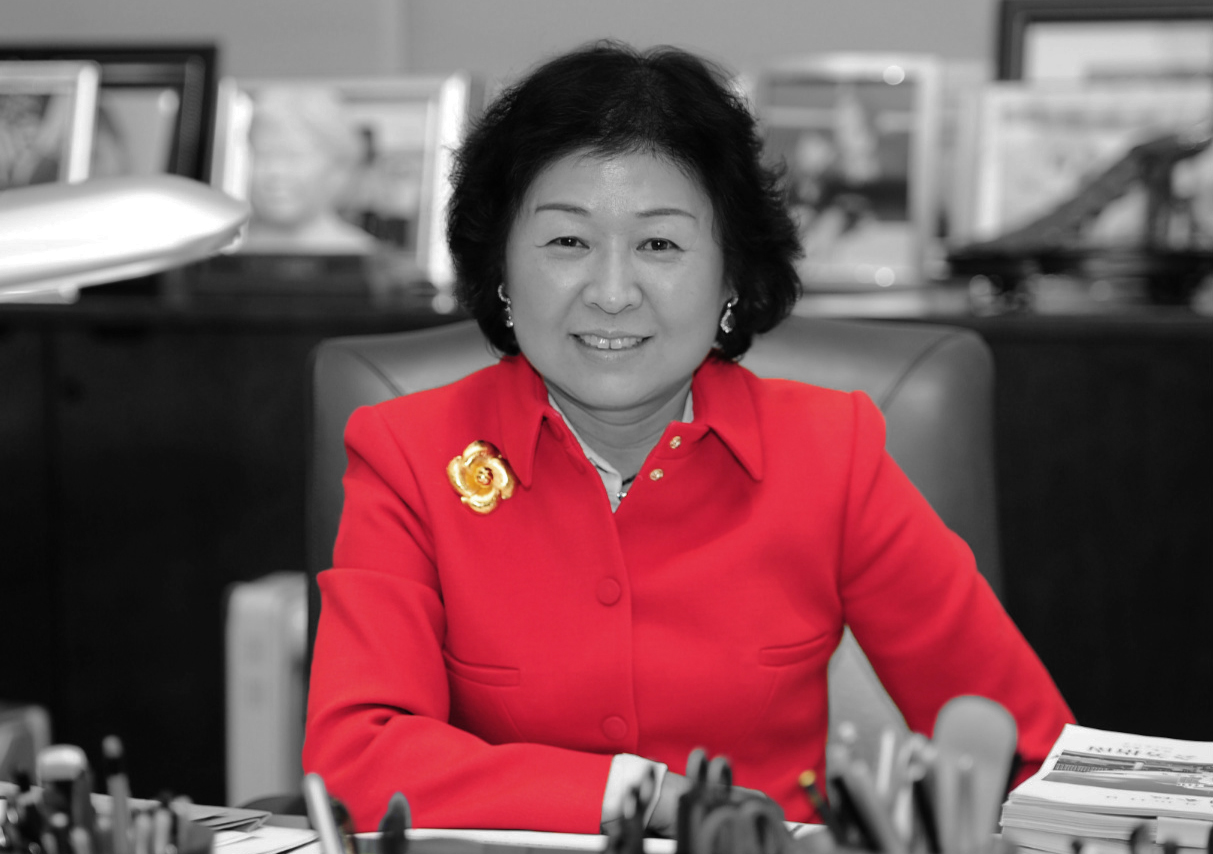 The story of the richest Chinese woman Zhang Yin is the success story of a woman who played on the men’s field by someone else’s rules and won. Now in the Celestial Empire, this story is discussed as hotly as a fragment from the medieval Chinese poem of the 6th century about Hua Mulan. This is a story about a girl who went to serve in the army instead of her elderly father and won.

Zhang Yin, chairman of the board of directors of Nine Dragons Paper Holdings, is called the modern Chinese Mulan. Her victories are amazing. And they are taught in local schools as well as ancient legends. What are her secrets? Let’s figure it out.

Zhang Yin made $ 4.6 billion in record time and became the richest woman in China and the world. If you look at which of the beautiful ladies she is next door to in the most serious lists, it is striking that Zhang Yin did not inherit a yuan and does not belong to any of the clans of the rich.

A simple girl of the people never hid that someone else’s idea helped her to rise. And she only took advantage of it in time. Once in one society, she listened to the story of one of the Hong Kong businessmen.

He lamented that round timber for the production of paper is very expensive today. But there are so many used paper in landfills – whole deposits. It can be collected or bought, processed, produced, sold, bought, and recycled again. Zhang Yin envisioned this continuous money-making process and got the idea to build a business with recyclable materials. It turned out to be a very clever decision.

THE SECOND SECRET. PLAY ON YOUR WEAKNESS

Zhang Yin was born into a military family who was soon sentenced to a long prison term for his views. When the Chinese were allowed to move around the country in search of work in the 1970s, she immediately headed towards Hong Kong, China’s first special economic zone. She could not read, but she learned to count well. In addition, she had such a wonderful gift of eloquence that she immediately aroused the confidence of company leaders.

Some were influenced by her father’s story, which Zhang Yin, not hesitating to exaggerate, told the entrepreneurs. One day another investor heard about how his father became a victim of the communist regime, who without further ado allocated a lively girl $ 3.8 thousand to start her own business. Zhang Yin immediately bought out an old paper and paperboard company.

“I am a woman who is not taken seriously by men in the business world,” said Zhang Yin. No one knows how many doors she was able to open using this principle. The powers that be did not take her seriously and it was their mistake and her advantage.

In the 90s, the world was actively filled with “made in China” products. China has become the No. 2 supplier of goods to America, yielding first place only to European countries. Boxes with everything in the world from the Middle Kingdom arrived in the United States. On the way back, the ships returned empty.

Zhang Yin flew to the United States and personally made sure that cardboard packaging in small abandoned landfills is not in a hurry to recycle here. She decided not to compete with recycling giants such as International Paper, Weyerhaeuser and Smurfit Ston, but to look for her own little piece of the pie.

In a small town near Los Angeles, she bargains for a small dump and buys it out at a bargain price. Now America Chung Nam Inc., founded by Zhang Yin, is well known in the United States and beyond as one of the leading exporters of waste paper. Many believe she was lucky once again. But Zhang Yin simply took advantage of her principle: “Costs should be extremely low, because garbage is not worth anything”.

THE FOURTH SECRET. CREATE YOUR CIRCLE

When the business elite of China considered in their ranks the daughter of a political prisoner, not even a party member, everyone gasped, got angry and … resigned themselves. At one time, Zhang Yin was even convicted of having links with the mafia, but in vain. It was very difficult for men in the Celestial Empire to admit that, thanks to her ingenuity and tactics, an ordinary girl “from the bottom” achieved success.

Zhang Yin founded her corporation at a time when the financial crisis was raging in Asia. She got the money to open the Paper of the Nine Dragons company, despite the fact that all banks refused her a loan.

Zhang Yin filled all management positions in the company with her relatives. She became the chairman of the board of directors, her husband became the president of the company, her younger brother became the vice president, and her son (a student) became the head of the shipping department. The newly formed Yin Dynasty now owns 72% of the company’s shares.

The shareholders were quite harsh in their criticism of Zhang Yin’s personnel policy. But she was adamant: “This is a family company. It has always been, is and will be”. She put the secret of her success in two phrases related to the specifics of her work: “People see only waste in discarded paper. But behind this waste I saw a real forest”.