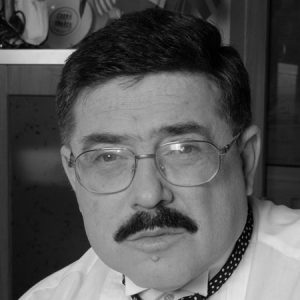 NON-RIVIAL SOLUTION: How to Train Young People to Burritos? 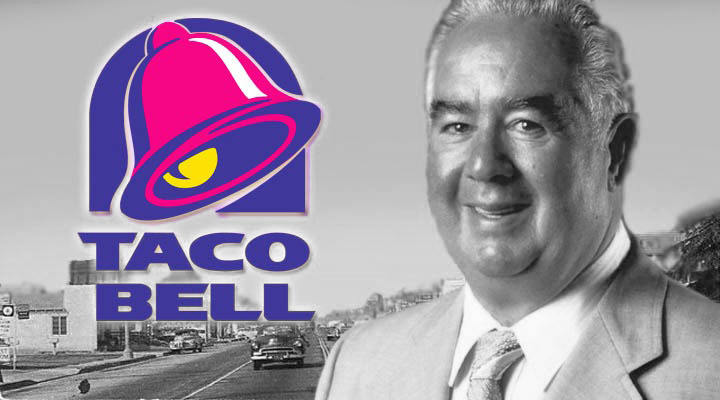 Burritos, tacos, and nachos, famous Mexican dishes, were not popular with American youth at first.

How did the Taco Bell brand manage to increase the sales of these dishes to the young population tenfold?

The answer is a little bit later.

ANY RESTAURANT TO CHOOSE

Why American housewives usually cook so-so is easy to understand. I walked out of a friend’s house in Northern California and saw six restaurants within a minute walk. This is on foot, without taking into account the fact that everyone has cars there.

Do you want to go out for dinner? No problem either – once every two weeks you will be shoved a book under your door, which, among other things, contains a menu of all the surrounding restaurants. Call and they will bring you everything in half an hour – hot, tasty, for a 10% surcharge from the price. Why should they cook?

What are these restaurants? As in the rest of the world, they are mostly national. Moreover, any nation, even not very culinary famous, – a set of delicious dishes for one restaurant menu can be found in any cuisine of the world. But some cuisines are more represented than others.

The fastidious and capricious American restaurant business prefers five national cuisines. Three Asian – Japanese, Chinese and Indian. One European – Italian. And one is almost its own – Mexican. It can’t just be like that!

Mexican cuisine was born as a hybrid of two very different culinary traditions. I am somewhat prejudiced towards Aztec dishes – the description of how Emperor Montezuma dined on slices of 24 leaders defeated by him, categorically did not cause my appetite.

Most people, I think, do not have any misunderstandings with Spanish cuisine – simple tricks, an abundance of variations, high-quality products (some, by the way, are brought from Mexico – corn, tomatoes, bell peppers, they simply cannot be absent in Mexican cuisine).

Almost the basis of Mexican cuisine is made up of tortillas – flat cakes made from corn flour. They are not only served with everything in the world: wrap minced meat in them – you get a burrito, make an envelope, stuff with meat and beans and pour cheese sauce – you get enchilada, and much more to eat.

Everyone knows the Mexican guacamole sauce made from avocado with the addition of tomatoes, onions and red peppers. By the way, about pepper – this is a visiting card of Mexican cuisine, it is never bland. Favorite side dishes – rice and beans (together they are called “Moors and Christians” – white rice, and red beans).

From drinks, we know first of all the cocoa that came from there, and tequila, of course, together with a beautiful drinking ritual: lick salt – slap a glass – bite a slice of lime. In general, the cuisine is popular, inexpensive, technological – there must obviously be good fast food …

By its very definition, fast food is food with a short consumption and preparation time that can be swallowed without special tools and even off the table, on the go. Does Mexican food fit that definition or not? If not all, is at least part of it good?

Of course, Mexican fast food soups are not very suitable, as all soups are in general. Let’s say sopa de tortilla, that is, chicken broth with fried onions and garlic, tomatoes, hot spices, grated cheese and chopped tortilla noodles, which obviously needs to be eaten leisurely.

But the tortilla itself, outside the soup, for fast food as it was born – it is instantly baked, best of all in an earthenware frying pan komal, and eaten hot. Now they have come up with a tortilla press – I took the dough, squeezed it, fried it and eat it. You can also eat wheat or corn, in the old fashioned way.

To get a burrito from a tortilla (literally translated as “donkey”) is as easy as shelling pears – wrapped minced meat in a tortilla with whatever additives you want, seasoned, if desired, sour cream or spicy salsa and eat it yourself. There is also a bowl-burrito – minced meat with sauces, but without the tortilla, in a bowl on a layer of rice.

One can argue about the difference between burritos and tacos – except that tacos are simply served not wrapped, but folded in half for food. There are plenty of them – shepherd’s with pineapple, coal with meat fried over the fire, Arabian with shawarma, Siberian with brisket, sour cream and guacamole, and another hundred to five hundred …

There is also nachos – they do not wrap anything in them, they just cut the tortilla into chips and serve it with anything, sprinkled with hot sauce. Why are they called nachos? It seems that they were invented in 1940 by the cook Ignacio Anaya Garcia, a diminutive for Ignacio – just Nacho is. Fast food too, right?

The twentieth century is the time of the emergence and struggle for the client of fast food chains. Number one, of course, is McDonald’s, which emerged in 1940. Strictly speaking, he also sells tortillas – a hamburger from a tortilla, in fact, differs only in that it is made of meat, not dough. Well, maybe a little less …

In second place is the Subway chain, which at one time even overtook McDonald’s in terms of the number of points. The name does not speak of the subway, although it seems to be – it is about Submarine sandwiches, still consonant with a submarine. Slogan “Eat fresh!” – their claim to healthy eating. Hmm …

You are clearly familiar with Burger King, fighting McDonald’s in their hamburger field, and KFC with their signature recipe for roasting chicken with 11 herbs and spices. Burger King is the third in the world in terms of the number of outlets, KFC is the seventh … Do you know who is in fifth place?

Just at the fifth Taco Bell – a network tuned specifically to Mexican cuisine, to be more precise – to its American-Mexican version, usually called “tex-mex”. Once a funny story happened, which I want to tell …

Although Bell is a bell in English, nothing rings in these restaurants – it was just that they were founded by a man named Glenn Bell, it also happens. The first restaurant of the chain opened in California, and there everyone loves the Tex-Mex culinary style – California next to both Tex (as) and Mex (ico).

As a curiosity, it can be noted that the network twice tried to penetrate into Mexico and both times was forced to retreat – the Mexicans themselves do not recognize this cuisine as theirs. But in the United States, it has quite taken root, there are already more than 6,000 restaurants operating and they do not know the end of customers. There it is Mexico!

Any fast food chain considers youth as its main customers – people who are mobile, with unsettled tastes, who do not have the habit of returning home to eat, and even lovers of everything new, unexpected and rather spicy. How to please them?

This problem had to be solved precisely because research showed that young people do not like the Taco Bell assortment. They stubbornly refused to order burritos, tacos or nachos. Something the American youth did not like about these dishes, and it is not clear what exactly …

WHAT DO THEY STILL NEED TO GET?

Why are these dishes not suitable for American boys and girls? Maybe they are such culinary chauvinists – they don’t want Tex-Mex cuisine? It is very unlikely – firstly, it is already quite American – no less than Mexican, and secondly, in other restaurants they fully approve of it, the survey data are as follows.

This immediately brushes aside another version – that this is low-quality Mexican cuisine, rejected by the Mexicans themselves. Mexicans, perhaps, find something to find fault with in it, but American youth do not bypass their Mexican restaurants – the difference in taste, if any, is subtlety for them.

Most of the Taco Bell outlets are focused on motorists, they most often have a driveway – maybe it is motorists who do not want to eat burritos and nachos? So in America, everything is on wheels – why do motorists eat these dishes in other places? And in which ones?

And one more property is among young people – they are very mobile, often even eat on the go. So with this, Taco Bell is just fine – back in 1991, the company launches a new business – food on the go, so that customers can buy and eat food while on the move, without visiting a restaurant. Why are these customers not happy with burritos and nachos?

These dishes did not please such customers! See for yourself – they are easy and convenient to eat while sitting in a diner over a plate, but what is it like to bite off such a dish while holding it in your hand?

The filling will certainly sprinkle – either on the floor or on your lap. It will stain your trousers, and in the car it will also stain the seat. It is inconvenient to hold these dishes in your hand like a pie, and in a car, when one hand is on the steering wheel, it is doubly inconvenient!

As soon as it became clear what averts young people, you could immediately start thinking about new dishes that would belong to the same style, but not crumble in your hands. Mexican cuisine is big – there is clearly something in it, you just need to start looking!

Another option is a grilled stuffed burrito. The result is the same – the filling is baked and does not fall out of the dish at the slightest shake, as from a regular burrito. It is also quite possible to offer it for mobile clients and those who want to have a snack while driving.

Having found such dishes, the company made sure that consumers knew about it. Even a special ad was released showing how convenient it is to consume this food in the circumstances typical for a mobile youth audience. What happened in the end?

The result was good – sales of these products increased. How much have you grown? You don’t even need to ask that, sales jumped not by percent, but several times, moreover, tens of times, by two orders of magnitude! This is what it means to take care of the consumer and correctly identify what is hindering him.

If goods made in a certain style (say, dishes of a certain cuisine) are sold in many places, then there is clearly something in them! If you don’t know what it is, it’s your fault, you haven’t seen it yet.

Someone sarcastically remarks: “Of course, everything is just like in the old advertisement -“ Try Indian cuisine, a billion flies can’t be wrong! ”” Answer him: “Come on! These restaurants are so packed that there is simply no room for flies!”

Do not be afraid of culinary exoticism – after entering a Mexican restaurant, you will quickly realize that you have already tried something similar in Moldova. Probably, Mexicans are such overseas Moldovans …

If the product does not go, you do not need to give it up right away – first find out why. It is not excluded that the cause of consumer dissatisfaction is easily removable.

Do not be frivolous about competent scientific research – sometimes it shows you something that you yourself do not understand, as you have not noticed it yet. And without them, after all, they did not notice!