REFLECTIONS OF DOCTOR KOMAROVSKY: all about life (Part I) 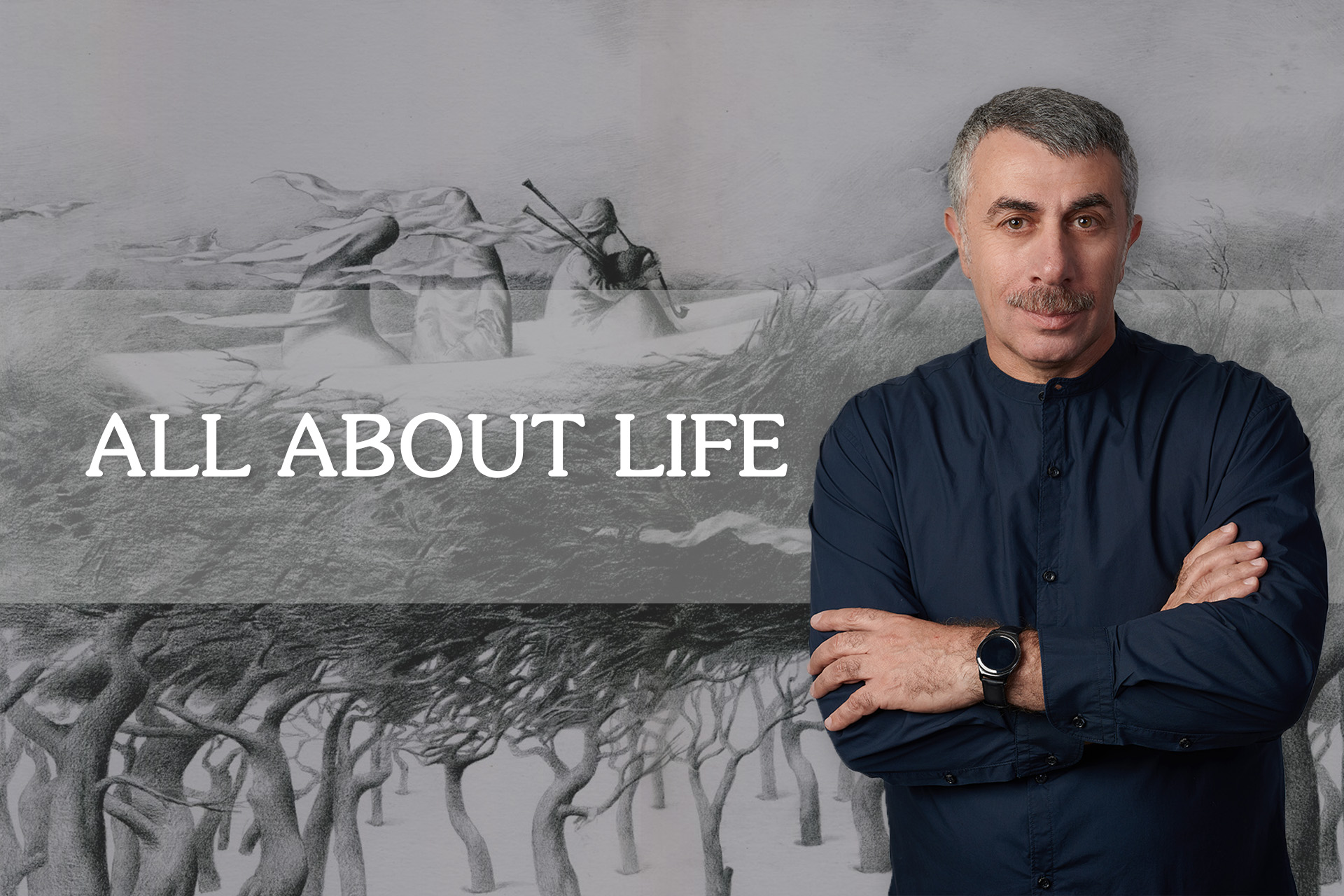 If Ukrainians are asked with whom they associate the word “doctor”, the majority will answer unequivocally: with Yevgeny Komarovsky. They unconditionally believe him and at the same time ruthlessly criticize him, love and hate… Simply because the utmost sincerity can leave no one indifferent.

Komarovsky has been more than a doctor for a long time – for millions of people his opinion on many issues, sometimes not directly related to medicine, is of great value. This interview is at the limit of frankness: otherwise Komarovsky cannot be.

Our conversation is about life and death, about children and adults, about politics and morality, about leadership and responsibility…

A MEDICAL LOOK AT THE UKRAINIAN SOCIETY

I look at modern Ukrainian society and the events taking place through the eyes of a doctor. The state and society, just like the individual, can get sick. And then it needs to diagnose and choose a course of treatment. But the patient can only be helped if he really wants to get well.

Let’s start with the simplest and the most obvious things to everyone. When a person is sick, the whole world around him is not a joy. But in a state of illness, you immediately set your life priorities in a different way – what is the most important in life and what is not, what is significant and what is secondary. Physicians approach all problems with one, the highest standard – life and death.

When you have been dealing with death for many years, you perfectly understand what nonsense the information space is filled with, what senseless nonsense public attention is sometimes riveted to, what trifles our politicians are engaged in. The reality in which doctors live and work is completely different.

Yesterday, an absolutely happy person, who had no problems in life, suddenly becomes bedridden, on the verge of life and death. Moreover, it can happen to everyone – at any time, from the most ridiculous and unexpected accident.

Therefore, doctors are accustomed to think extremely rationally and soberly, to think out everything to the “last limit”. It is not surprising that they look at what is happening in our country with skepticism.

The doctor understands the true value of life, so he knows how to prioritize. The health of Ukrainians should be at the first place – starting from it, we begin to further define other aspects of state policy.

A simple example: for a healthy society, the main issue is always morality – equality, brotherhood, mutual assistance, support for the weak. Morality gives us behavioral guidelines – “what is good and what is bad?” Based on these moral and ethical ideas, people build their lives and the life of their state.

It seems to me that Ukrainian society cannot mature in any way. Ukrainians, like the “little son” in the well-known poem by Mayakovsky, still cannot completely and utterly honestly answer the question “what is good and what is bad?” Is it good or bad to use physical force on another person if he expresses an opinion that is different from yours?

Is it normal for one deputy to forcefully pull another deputy out of the rostrum? Does this behavior correspond to the morality of an adult, civilized society? Do we understand, for example, that it is possible to determine whether a society is healthy or sick by its relation to old people?

In a recent interview, I suggested prioritizing the fight against COVID. We understand that the risk group consists of people aged 65+. For them, the greatest lethal outcome from infection with the virus is a real threat. But at the same time, you need to understand: such people adhere to rather conservative views, it is difficult to get them to vaccinate. I offered a simple solution: give each grandmother 5,000 hryvnias, and they will happily go to get vaccinated.

Most of all, I was struck by the comments to this interview from tens of thousands of young Ukrainians: “Why should this money be given to some grandmothers? But what about us, why are we worse than grandmothers?” At the same time, everyone forgets that after the age of 65, up to 10% can die from the virus, and in young people the probability of such an outcome is only 0.01 – 00.5%. These grandmothers for young people are competitors in the struggle for survival, they are extra ballast, they are not needed by anyone and are not interesting. Why then support them at all?

Tell me, isn’t such an attitude one of the signs that Ukrainian society is seriously ill? And, naturally, it professes a sick morality – “it’s neither my headache nor my piece of cake” and a national ideology, which is based on gloating and envy. The greatest pleasure comes not from work, development and creativity, but when your house is better than your neighbor’s. And if a neighbor has surpassed you, then there is no greater joy than watching his house burn.

THE MAIN SIGN OF A MATURE, FULL-FLEDGED SOCIETY IS THE RIGHT TO DIGNIFIED DEATH

Some kind of perverted attitude towards death has developed in Ukrainian society, which means that the attitude towards life cannot be completely normal. I am deeply convinced that death is not terrible – in this case almost all philosophers agree with each other. A person is not afraid of the fact that one day he will die, but of the horrors of the transition from this world to another.

It can be extremely painful. It can be accompanied by a loss of human dignity and extreme powerlessness: unable to move, the patient lies among the heaps of sheets, helpless and useless…

Of course, such an end terrifies every normal person. Therefore, the main sign of a mature, full-fledged society is a responsible attitude towards death, respect for it. The right to die with dignity is a fundamental human right. The same as the right to breathe, to love and to be free.

And here, in Ukraine, is a real disaster. Everything needs to be changed here – from the use of painkillers for cancer patients and finishing with nursing homes, as well as the attitude towards those old people who are constantly with us. And respect for death, for the elderly is one of the criteria for a mature society.

Educational measures alone cannot change society’s approach to the death of a neighbor. We need an effective government policy that will provide funding and access to transition support technologies that have been tested in leading clinics in the world.

Moreover, our attitude towards the dying person cannot be determined by the religious denomination to which he belongs. All citizens of Ukraine should have the right to a dignified life and a dignified death equally.

ABOUT FAITH, RELIGION AND HEALING

Religion, in my opinion, is generally too personal and intimate sphere to be discussed publicly. For example, the same as sex. Discussing your relationship with God in public is like discussing sex with your wife with a stranger. You don’t need intermediares to believe.

Personally, I don’t have a lot of statistics when certain religious practices helped people to heal in a miraculous way. Let’s not forget that my patients are mostly children. But when a child is in critical condition, any adult, even a completely unbelieving adult, tries every conceivable and inconceivable means to save his child.

Let’s be honest, sometimes helping desperate people who are easy to manipulate turns into a commercial project. Such ministers have always evoked and still evoke a persistent disgust in me. 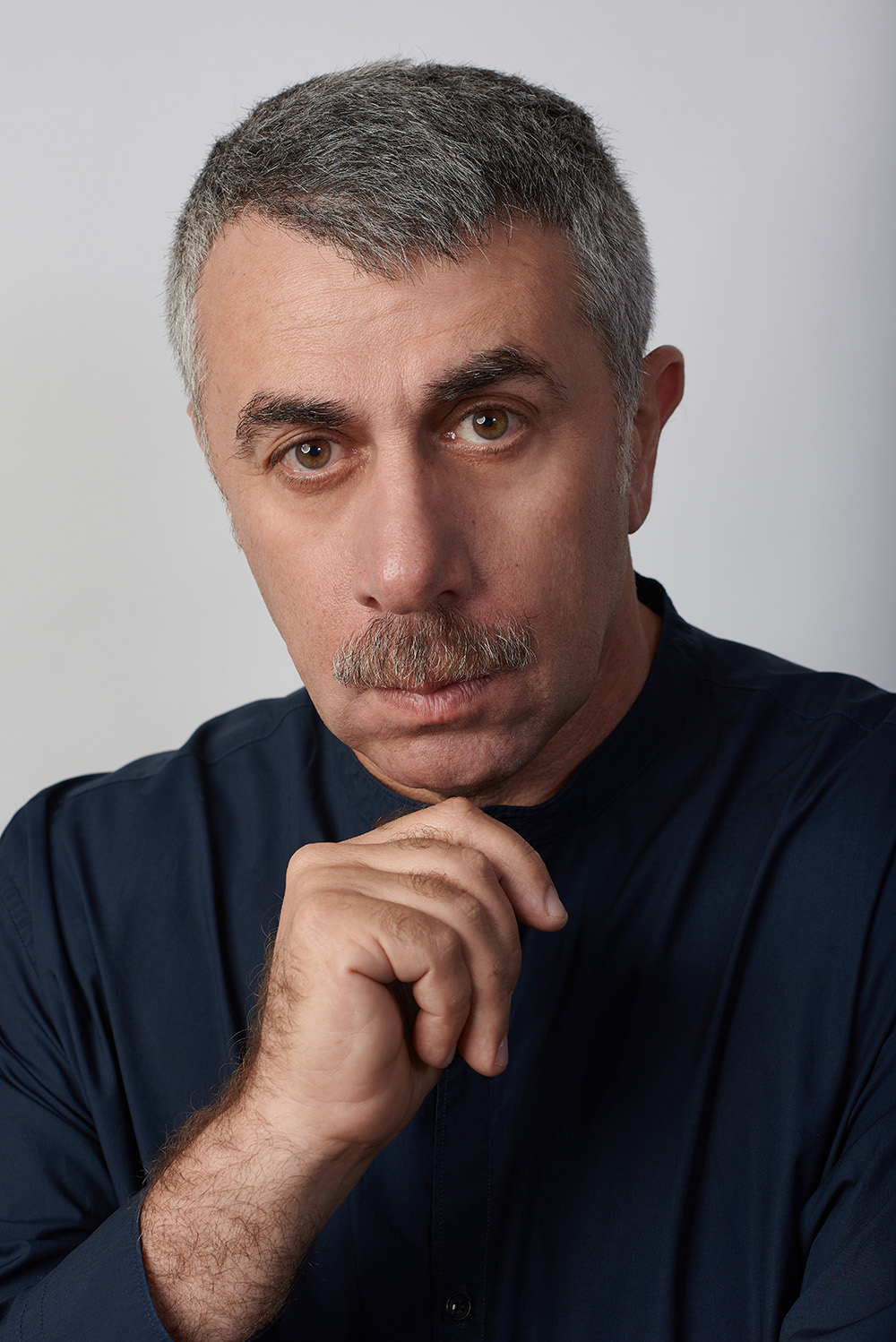 Since Hippocrates and Plato, medicine has been an integral part of philosophy. In order to heal people, you need to have certain ideological attitudes. A person, on whose decision it often depends whether the patient dies or lives, cannot  develop a certain philosophical view of the world.

But I would not idealize the medical community. Philosophy is just one of the important disciplines taught in institutes. But, as it seems to me, in the form in which it is offered to students, it is absolutely unviable – it is very difficult to apply it in real life.

A huge number of people with a doctor’s diploma in their intellectual level is not different from the average citizen. A huge number of them remain outside of philosophical thinking about the world and are not interested in it. Most people just follow the instructions and try to survive somehow. Unfortunately, in our country, doctors participate in this race for survival just like everyone else.

But here, of course, the cultural environment in which a doctor is inclined to a philosophical, creative view of the world is of great importance. We know an incredible number of physicians who have become outstanding writers, poets, thinkers. They are François Rabelais, and Stanislav Lem, and Conan Doyle, and Schiller…

Interview
THE MAN OF THE DESERT: symmetry and light by Evgeny Katz (Part II)
Interview
“Media is a cross between a social institution and a business; it cannot be evaluated as real estate or a bank,” – Dmitriy Bondarenko
Interview
REFLECTIONS OF DOCTOR KOMAROVSKY: all about life (Part II)
Interview
LIGHT FLOWERS: an interview with Nikolay Kabluka, the founder of Expolight
Interview
Zoom theater, or a detective story…
Interview
The main thing, guys, is not to grow old with your brain! Smart tips for your brain from neurologist Viktor Kholin (Part II)