THE LUCIFER EFFECT: How does an offensive nickname become a source of evil? (Part II) 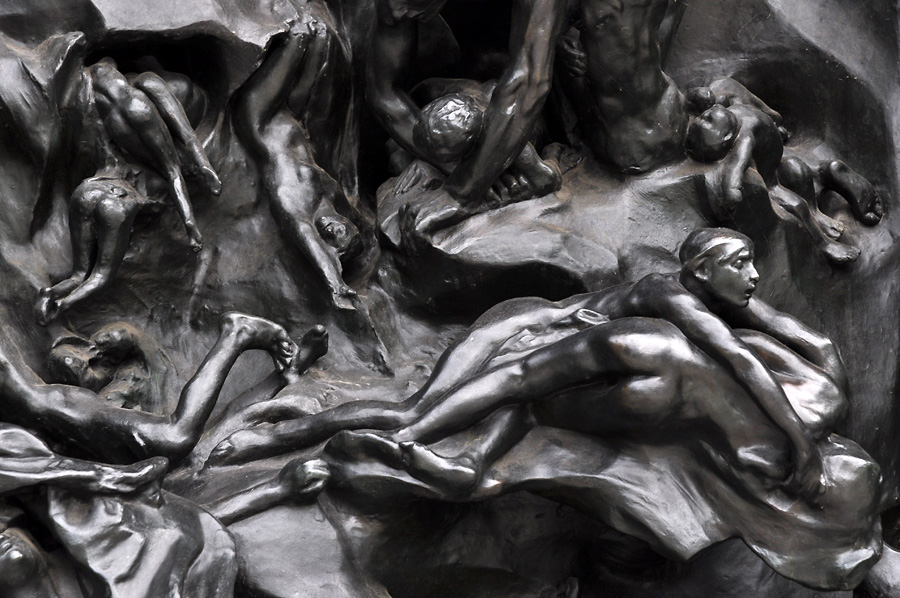 The practice of dehumanization, depriving people of their human appearance, took place in the era of colonization of the Wild West (note the word “wild”). The first President of the United States, George Washington, said that the Indians are “wolves and beasts that do not deserve anything from whites but to be completely destroyed”.

Native Americans have been dehumanized for centuries to justify their extermination. American historian David Stannard calls this the “American Holocaust”. According to his calculations, in 1492 the Western Hemisphere was inhabited by about 100 million people, about 8-12 million of whom lived north of Mexico.

As a result of dehumanization, losses among the indigenous population in many areas have reached 90–95%. Thomas Jefferson, the third president of the United States, urged his citizens to “pursue the Indians until they are exterminated”.

Andrew Jackson, elected president in 1828, boasted that he “kept the scalps of the slain under all circumstances”. He personally supervised the dismemberment of the bodies of about 800 men, women and children from the tribe of Screams, and chopped off their noses to count the death toll.

In Jackson’s view, the Indians were no different from wild beasts, so he called on American troops to pull out of the “den” and kill Indian women and their “cubs”. And these dehumanizing appeals helped him win the election.

In a speech in 1886, Theodore Roosevelt said: “I share the Western view of the Indians. I won’t go so far as to say that a good Indian is a dead Indian, but I think nine times out of ten it is”.

RACY ROMANTS FROM THE “LAND OF OZ”

Savages are half-beasts, half-people who pose a threat to full-fledged people, so their villages can and should be bombed. When Congress listened to war crimes testimony during the Vietnam War investigating the Mai Lei massacre in the spring of 1971, US Army Captain Robert Johnson said it was a consequence of “some rules”. Namely, the natural principle that “a good narrow-eyed is a dead narrow-eyed” is the same as “a good Indian is a dead Indian” and “a good nigga is a dead nigga” …

We used the term “Indian country”. The idea of ​​the justice of killing “savages” was shared by the broadest strata of American society. Few people know that the author of The Wizard of Oz, Lyman Frank Baum, was the editor and publisher of The Aberdeen Saturday Pioneer, which contributed significantly to the dehumanization of the Indians.

The creator of a wonderful children’s fairy tale wrote: “According to the law of the victors and the superiority of civilization, the whites are the masters of the American continent, and the security of the border settlements will be ensured by the final extermination of the few remaining Indians. Why not? Their glory has faded, their spirit has been broken, their courage has been defeated; they’d rather die than remain the wretched creatures they’ve become. History will forget these last despicable creatures”.

It can be said that Baum was a kind of pioneer of a paradoxical phenomenon – the simultaneous romanticization in the spirit of Fenimore Cooper and the dehumanization that still takes place in relation to Indians and other groups of people in America. Sometimes even unconsciously.

In the emblems of sports teams, Americans are very fond of using Indian talismans – symbols of the “wild” spirit of their team. And during the war in Iraq, the “Habiba” and “Hadji” replaced the “Cnink” from Vietnam and the “Nigger” from the USA – the murder of these “Neochoralov”- the murder of these “Subhuman”by the romanticized fighter of world terrorism, communism and racial uncleanness was quite acceptable and was not considered a crime against humanity …

Prominent social psychologist Philip Zimbardo notes: “Both the United States and Britain have a long history of ‘wars against the weak’. In these countries, there were many very eloquent, influential supporters of eugenics, who justified and even scientifically confirmed the need to rid the country of the “inferior”. Of course, the “most complete” should have received special privileges”.

Write a book The Lucifer Effect. Why good people turn into villains? Philip Zimbardo was prompted by the scandal related to the torture of prisoners of war in the Iraqi prison Abu Ghraib. Zimbardo is the author of the world famous “Stanford Prison Experiment” in 1971 (anyone who wants to get a visual and emotional idea of ​​him can watch the American film of the same name by 2015 directed by Kyle Patrick Alvarez).

In his book, the scientist has convincingly shown how derogatory nicknames and associated images can have a powerful motivating effect. Zimbardo talked about an experiment by Albert Bandura, his Stanford colleague, on “animal students”. 72 male volunteers from neighboring colleges were divided into groups of “student observers” of 3 people.

They had to use electric shocks to punish other students from the “decision-making group”, allegedly located in the next room, for the wrong decisions (the tape imitated feedback).

To assess the wrong answers, it was necessary to choose the current strength, from a moderate first to a maximum, tenth level. At the same time, all members of the “decision group” received a blow. Among the “group victims” were randomly assigned nicknames – dehumanizing, humanizing, and neutral – and two levels of responsibility for the wrong answer: personal and collective.

At the beginning of the study, the “observers”, as if by chance, became witnesses to the conversation between the assistant and the experimenter about the personal qualities of the participants in this “decision-making group”. From the words of a third person, they were characterized either as “a bunch of dirty animals”, or as “decent, reasonable and worthy people”, or they were not given any assessments at all.

It turned out that nicknames that deprive them of their carriers of human qualities are capable of provoking certain reactions. The dehumanized “dirty animals” received the most electric shocks, and with each breakdown, the current increased more and more, reaching an average of 7 points, with a maximum value of 10 points.

On the contrary, “worthy people” were treated with respect and punished least of all. The indices of the neutral group were in the middle between them and the “dirty animals”. Perhaps this is due to the feeling of control and the pleasure of being able to repay others for their fairness.

In addition, the experimenters found that in a situation of dehumanization, the highest current strength was recorded in those cases when the “observers” bore not personal, but collective responsibility for punishment with electric current. After interviewing participants, Bandura discovered a kind of vicious circle: dehumanization encouraged people to seek excuses for their cruelty, increasing the intensity of punishment.

“As you name the yacht, so it will float” – these words from the children’s cartoon about Captain Vrungel are known to everyone. But, despite their “cartoonishness”, they are psychologically accurate and even quite scientific. By stigmatizing and dehumanizing others, inventing offensive nicknames for them, we, one might say, create enemies out of them. Our thinking is linguistic.

In the process of studying the objective world, a person learns things and phenomena, gives them names, forms concepts and determines the relationship between them. Therefore, the role of positive and negative emotional-evaluative nicknames is extremely large.

They directly affect both a person’s self-esteem and the opinion of others about him. At the end of the last century, psychologist Charles Horton Cooley proposed the theory of the “mirror self”. He believed that the image of the Self depends on how others see us.

If you put negative labels on it, there is a very good chance that a person will do so. On the other hand, in a series of experiments, child psychologists discovered that if adults call children kind and helpful, they begin to share treats anonymously with others.