The main thing, guys, is not to grow old with your brain! Smart tips for your brain from neurologist Viktor Kholin (Part I) 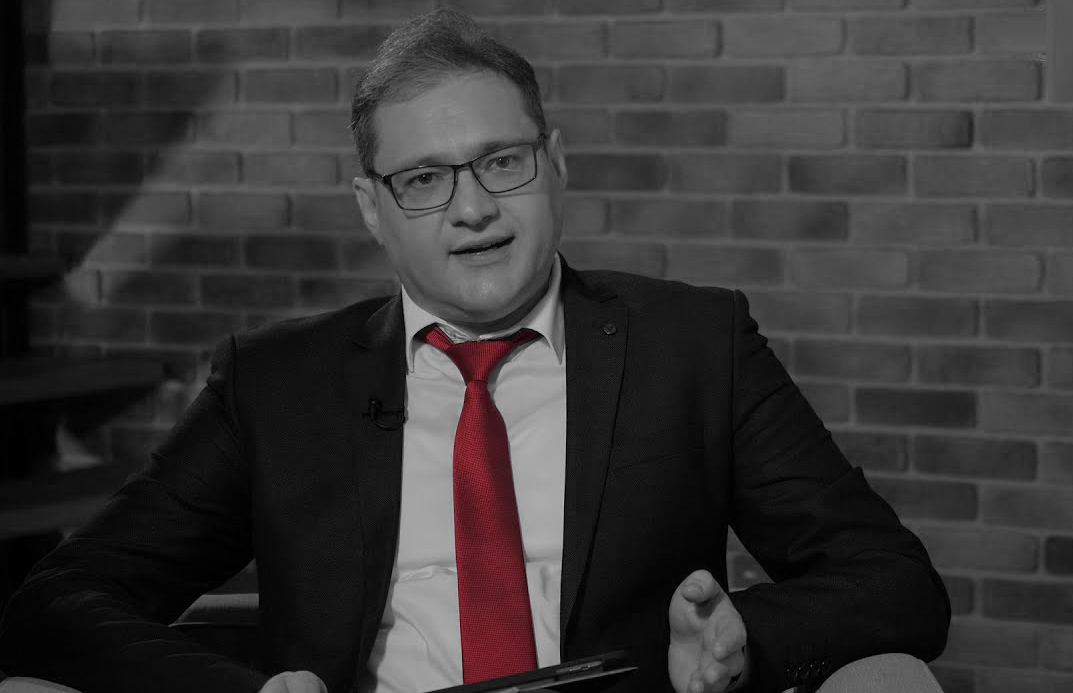 This person knows everything about our brain: about its structure, functions and even some secrets. Especially about how to make sure that the mind does not fail with age. After all, the older we get, the more the quality of our life depends on the state of the brain.

The secrets of how to prolong his youth are shared with the readers of the almanac by the neurologist Viktor Kholin, head of the department of clinical research at the Institute of Gerontology named after V.I. Chebotarev National Academy of Medical Sciences of Ukraine.

To age or not to age

Let’s start our conversation about the brain with an example that has become almost inceklopedic. Once the Soviet government decided to take and bring all the academicians together and organized a whole academic town for them. After a while, when demographic indicators were measured throughout the country, they conducted a statistical study in this town.

Surprisingly, the mortality rate here turned out to be less than the national average. And the life expectancy was at the level of the most developed countries in the world. Before that, it was known that physical activity is good for the body and prolongs life. However, the residents of the campus were mainly involved in mental rather than physical labor. This suggested that the problem of longevity is not only related to the aging of the body. It also has a mental and neurological aspect.

Moreover, the state of our brain has a lot to do with the bodily level. Since brain aging is directly related to aging throughout the body, it’s no surprise that smart people live longer. The brain sets the pace for all other processes. It is a thing that determines how quickly or slowly both it itself and the body that the brain controls will age. To understand why and how everything happens, let’s first debunk some persistent misconceptions associated with the human brain.

Myth 1. It is believed that during natural aging, the brain loses many neurons. In fact, this is not the case. If a person does not have any serious pathologies, then, aging naturally, he loses up to 4% of neurons throughout his life – this is very little.

Myth 2. You may come across the conventional wisdom that men have much more neurons than women. And it makes men smarter. Formally, they are really uncritical more: about 24 billion versus 20.

However, a huge number of different studies have shown that the IQ level in men and women is approximately the same. In reality, intelligence is determined not by the number of neurons, but by the number of connections between them. The more there are, the more developed the intellect. And this, in turn, largely determines the success and quality of human life.

Myth 3. Old age and youth lag far from each other. In everyday life, an elderly person is someone who is over 60 or over 70 … Meanwhile, the maturation of the body goes into the stage of aging much earlier – somewhere between 25 and 30 years. Starting from this period, the number of neurons begins to gradually decrease.

Myth 4. You can meet the delusion that with age a person becomes wiser, he knows everything and can do everything. Of course, the value of everyday experience is obvious. Nobody argues with this. But research suggests that of all our cognitive functions, only one grows with age – vocabulary.

But all the rest – the ability to remember, make decisions, process information, etc. – everything, unfortunately, weaken with age. Tests have shown that every 5–10 years our long-term working memory deteriorates significantly.

We age in different ways

Each of us age in different ways. For some it is organic and smooth, for others it is pathological. Some at 85 are so physically and mentally fulfilling that they can create museum masterpieces. Others are bedridden at the same age.

What does it depend on? It is clear that you need to have talent. However, it is impossible to realize talent at such an advanced age without well-developed cognitive functions. Among them, psychologists and neurologists name the following: attention, some types of memory, perception, general processing, thinking and speech.

The executive functions of the brain run our lives, like the conductor of an orchestra. They include the right mood, motivation, goal-setting, etc. With age, we gradually lose a certain amount of these cognitive functions – the conductor begins to lose qualifications.

The speed and amount of negative changes in the brain is determined by a combination of various factors: genes inherited from parents and the nature of their interaction with the environment, our way of life … Among these factors there are those that we cannot change. For example, a genetic predisposition to certain diseases. And there are those that depend solely on our choice.

Genes, as such, only by 10% determine how our aging will proceed, and medicine has already learned how to identify them and make a prediction. Everything else is determined not by just one, but by a complex balance of factors that can enhance or inhibit the aging of our brain and the development of pathologies. The task of the gerontologist is to determine the place and likelihood of a possible “breakdown” and to prevent it.

How to protect your brain?

Medicine has developed quite clear recommendations on what to do to protect our brain from aging:

Next, we will try to dwell on some of these recommendations in more detail.

“Universal” pill for the brain?

Unfortunately, it doesn’t exist. Medicine cannot offer it today for a combination of reasons. First, genetics, environment, history and lifestyle are very different for everyone. We can develop a personalized set of preventive measures to prevent aging of your brain. Among them, the most important role belongs to the training of cognitive functions – memory, attention, thinking.

Moreover, such training improves not only the functions of the brain, but also the functional reliability of the work of all systems of the body as a whole. For example, when you learn to play tennis, you not only improve your playing skills, but also begin to think better, make decisions, navigate a difficult situation … Because at the moment of playing and learning, the brain becomes more complicated – new networks are formed between neurons.

However, we must remember that it only happens when we constantly raise the level of difficulty. I have developed a system of “National Cognitive Stimulation” – this is a cognitive training of the brain against the background of activation of positive emotions. Literally after a month of such individual training, the brain rejuvenates – its biological age decreases and cognitive functions improve.

However, a few years ago, a unique drug was developed that stimulates the growth of neurons and the formation of new networks, thereby positively affecting the functioning of the brain and, accordingly, life expectancy. The nuance is that this drug improves an exceptionally healthy brain, which previously could only be achieved with cognitive exercises – any pills were practically useless.

An insignificant positive signal was found only with long-term use of supplements containing antioxidant vitamins A, E, C. However, in general, vitamins and minerals behave neutral in relation to the brain. The only thing worth specifically mentioning is vitamin D, which is traditionally deficient among Ukrainians.

Contrary to everyday ideas, sun tanning does not fill up to the required level. Vitamin D has become popular recently because it strengthens the immune system, which helps the body fight covid. But at the same time, it protects neurons from death, inhibiting brain aging and positively affecting its cognitive functions.

The neurotrophic molecule BDNF (brain-derived neurotrophic factor) is synthesized directly inside the brain. It protects neurons and other cells in our body from death, and ultimately from senile dementia. With obesity, cardiovascular diseases, depression, dementia, the number of these molecules decreases.

To shift the balance of factors in a cell from death to life, it is necessary to increase the content of the BDNF molecule in the blood. It can be done in several ways. Firstly, with the help of diet: lowering calories in food leads to an increase in the number of BDNF, and secondly, with the help of a set of physical exercises.

Nutrition is the most important factor in the prevention of any disease and longevity. But the eternal argument between vegans and meat eaters cannot solve this problem. British scientists have studied 48 thousand people for 18 years. Some ate meat, others ate exclusively plant foods.

It turned out that both nutritional systems have their own capabilities and limitations. Fish-eaters and vegetarians had a significantly lower risk of coronary heart disease than meat-eaters. At the same time, they were more likely to have a stroke. That is, the idea of ​​the absolute benefits of giving up meat is another myth.

Science
A CONVERSATION WITH A SCIENTIST: Olga Dudchenko from Kyiv is a rising star in world science (Part II)
Interview
LIGHT FLOWERS: an interview with Nikolay Kabluka, the founder of Expolight
Science
HOW DOES OUR BRAIN “BREATHE”?
Interview
CONVERSATION OF A YOUNG MAN WITH A PSYCHIATR
Science
NON-HUMAN BRAIN: MATH AND GROWTH THINKING
Science
“INTELLIGENT DOG”: the lie detector is next to us!