“The world is like a fertile field that’s waiting to be harvested. The seeds have been planted, and what I do is go out and help plant more seeds and harvest them.” The Rules of Life of Instant Photography Inventor Edwin Herbert Land 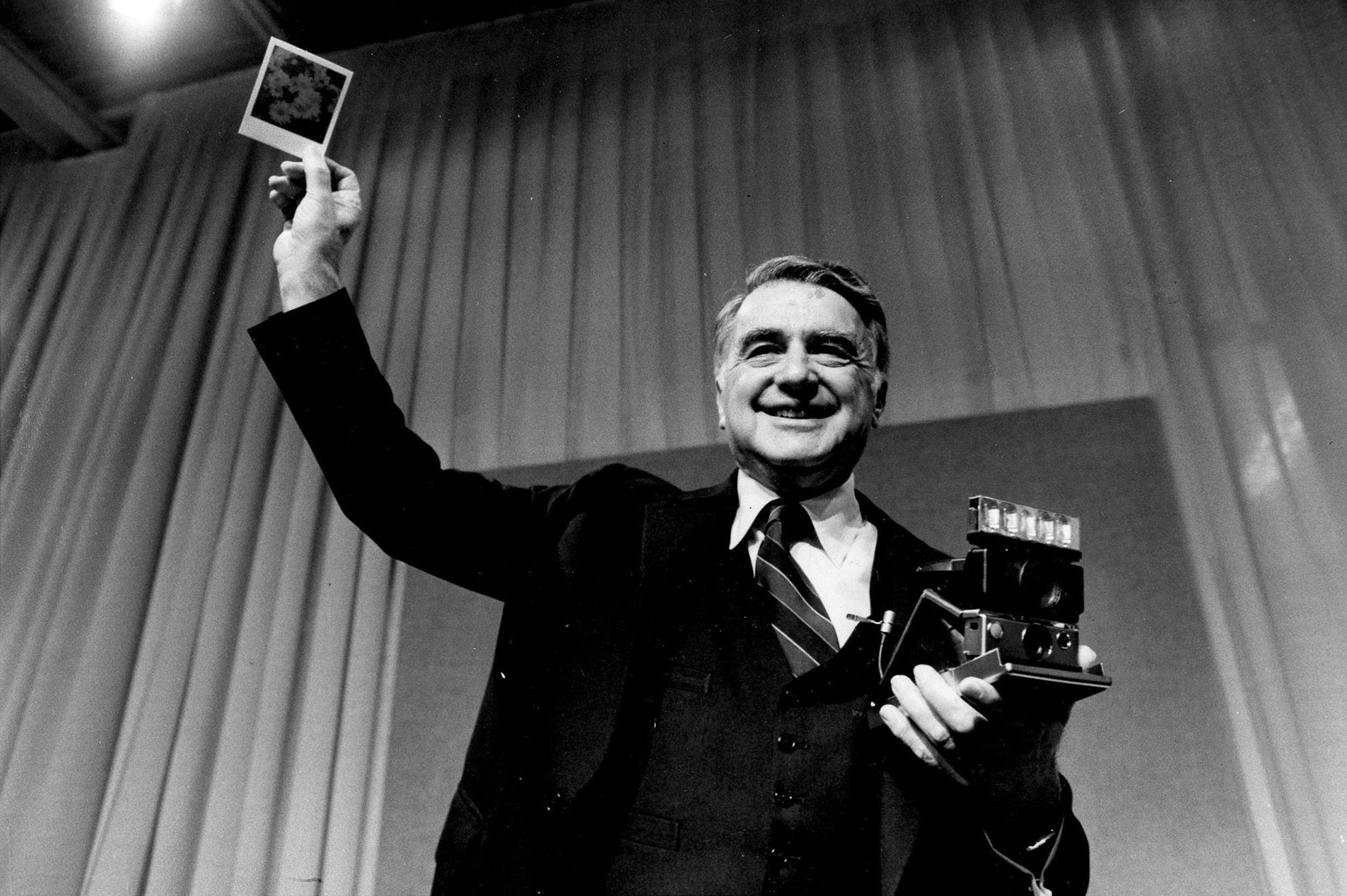 Edwin Herbert Land is an American scientist, the inventor of the “fast photography” and the founder of the Polaroid Corporation. He was the first in the world to study the principles of polarization and mastered the one-step photo process.

By nature, Land was impetuous and energetic, like his one-click photograph – he did not have time to describe the processes, since he was only interested in the result. Having received it, the inventor jumped like an institute, sang songs and had fun.

It is not surprising that in the characters of cartoons about crazy scientists-geniuses, his entourage, laughing, recognized Land.

Edwin Herbert Land has Ukrainian roots – at the end of the 19th century, America submitted to his grandfather Abraham Solomonovich, and he started a quite successful scrap metal recycling business in his new homeland. Legendary inventor Land is the grandson of one of his three sons, born in 1909.

Land was an inquisitive child. Instead of running around the streets with the guys, he collected a collection of colored glass, made a kaleidoscope and watched the rays of sunlight refract in the glass crumb.

A little later, he already began experimenting with stereoscopes and had his own kaleidoscope of an almost professional model. During school hours, he could not leave the halls of the local library for hours. But books did not interest him so much – here it was possible, standing in line with curious classmates, to look through a real telescope!

An essential aspect of creativity is not being afraid to fail

By the way, biographers also identified the inventor’s favorite book – a textbook on optical physics by the famous scientist Robert Williams Wood. It was read by 13-year-old Edwin Herbert Land. One of the rules of his life was taken from childhood, based on “adult” books.

“When coming up with something, it’s important not to be afraid to fail,” he will say later. “Scientists make great discoveries just because they hypothesize and experiment. Failure follows failure, but they don’t give up until they get the results they want.”

The well-read boy entered Harvard University without any problems. However, he was so careless in science that he easily missed sessions and classes, disappearing in university laboratories. He was engaged in his own experiments and research and easily left the student’s bench.

Land once witnessed a car accident – the driver was so blinded by the light of an oncoming vehicle that he lost his orientation and crashed into a tree. The 20-year-old researcher immediately set himself the task of developing headlights that would not blind drivers, but would remain as bright as possible. After a series of experiments, he achieved the desired effect by using polarizing lenses for the headlights.

Now Harvard asked Edwin Herbert Land to return to his native land with lectures for students. As a bonus, the researcher allocated all their best premises for experiments and sent the best students to him.

“There are areas where untrained people can work effectively with limited equipment. Our student does not need a large laboratory for this, he needs freedom; he needs support,” Land says about this time.

Polarizing lenses were patented in 1929 and Land-Wheelwright was formed almost immediately to make them. Ten years later, General Motors, General Electric, American Optical Company and Kodak already collaborated with a small office. The light filter created by Land was useful not only in the automotive industry, but also in the production of sunglasses and cameras.

“In a few squalid buildings, we have created a completely new industry of international importance,” said Edwin Herbert Land proudly. After all, very soon his small company will grow into the Polaroid corporation, which will specialize in optical technology.

During the Second World War, Polaroid will actively produce government orders – to produce homing shells, binoculars and night vision devices, periscopes and unique goggles for pilots that filter sunlight. By the way, today’s glasses are exactly the same as 85 years ago. The technology has stood the test of time.

Edwin Herbert Land will talk about his work like this: “The world is like a fertile field that’s waiting to be harvested. The seeds have been planted, and what I do is go out and help plant more seeds and harvest them.”

Once in peacetime, Edwin Herbert Land was walking with his little daughter. They photographed beauties and landscapes. The girl asked: “Daddy, why can’t we get the photo right away?” My father thought about it – he had a new goal.

He understood what he needed to realize this idea, but for reasons beyond Land’s control, it took three years to make the dream come true. The scientist easily solved the problem of how to ensure that the photosensitive surface in the camera was both a film and a photograph at the same time. The snag was rather in the search for a new high-quality photographic material that would provide a photo card with a long life.

“My main task was to create a camera that would become a part of you, that would always be with you,” biographers will write from the words of the inventor.

And he finally did it. Exactly 75 years ago, in the winter of 1947, at a meeting of the American Optical Society, scientist Edwin Herbert Land presented his Polaroid camera to the world.

A year later, the Polaroid Land Camera Model 95 was already in full swing in the United States. They were sold out very quickly – buyers were not frightened either by the price of $ 90, or by the fact that each new picture (then still black and white!) Cost $ 1 because of the additional cost of the cassette. The ability to take a photo in an instant has spawned an army of Polaroid fans around the world.

In America alone, 10 million cameras were sold in a year. “The invention of instant photography is also an aesthetic event: it allowed people who see artistic value in the everyday world around them to get a new environment for self-expression,” said the happy inventor Edwin Herbert Land.

Yes, the Polaroid camera could not survive the competition with digital technology. But Land’s inventions always accompany us in our everyday life. His creation is shamelessly outdated, but a collection of Polaroid photographs from the most famous artists has taken its place in the Museum of Modern Art in New York.

We take pictures with a smartphone and delete them with one finger. But the updated Polaroid is still a welcome birthday present, reminiscent of a carefree childhood. Probably the inventor Edwin Herbert Land would be happy about that.