VERSION: why did Zuckerberg decide to rename Facebook to Meta? 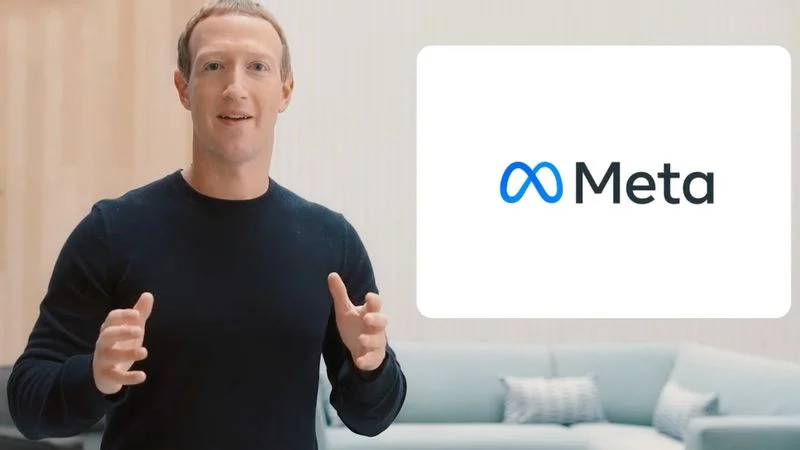 As you know, on October 28, Mark Zuckerberg officially announced the renaming of Facebook to Meta. According to the founder of the social network, he wants his brainchild to be positioned from now on as a virtual “metaverse” where all existing technologies and devices are combined.

Conspiracy theorists don’t know if Zuckerberg tells the truth, or whether the renaming has some other hidden reasons. However, studies show that the emphasis on “technological” rather than “social” is made for good reason. With the latter, according to scientists, not everything is so easy…

A couple of years ago, the British edition of the Royal Society Open Science published the results of a study on the real number of friends of the average Facebook user. A group of scientists led by the famous anthropologist and psychologist Robin Dunbar relied on the materials of his research, which took place back in the 90s.

Dunbar studied the behavior of gregarious primates and revealed some interesting features of their brain activity that he found in humans. It turned out that a single human individual is able to maintain stable connections with more than 100-230 people (“Dunbar number”). But this study was conducted in the last century. In the 21st century, Dunbar and his colleagues have asked a legitimate question, “Does their theory work for social media”?

NO GROWTH IN SOCIAL CONNECTIONS

Dunbar invited over 3,000 Facebook users to participate in the survey, dividing them into several groups. One group included those who, on average, had 155 friends, the other – 183. That is, in these cases, their number corresponded to the “Dunbar number” established back in the 90s. In both groups, each respondent had, on average, only 4 real friends. And 14 more, whom they knew personally and to whom they could turn for any help if necessary.

Outside of the “Dunbar number”, if the number of friends on Facebook exceeds 300, among them there were not always people who were really familiar to users. Thus, the presence of the social network and the digital revolution did not in any way affect the growth of stable real connections that a person and his brain are able to form around him. The only exceptions here are the accounts of various “stars”, but they function more like a network fan club, outside the situation of real communication.

Not so long ago, psychologists introduced a special term: FAD (Facebook Addiction Disorder), referring to them as addiction, which has 6 symptoms:

1) Tolerance – without being active on Facebook, a person ceases to feel satisfied with life.

2) Cancellation symptom – having lost the ability to use Facebook, a person suffers from depression, suffers from the fact that he is forced to participate in normal daily activities.

3) Reduction of normal social activity – the time of personal communication with friends and relatives, playing sports, etc. is dramatically reduced. All this time is devoted to Facebook.

4) Virtual dates – real meetings are replaced by virtual ones.

5) Fake Friends – If 8 out of 10 people on your page are complete strangers, you have serious problems with FAD.

6) Complete addiction – the online life of Facebook addicts causes gambling experiences, which are akin to the state of gambling addicts.

INTERNET ADDICTS NEED TO BE TREATED

Doctor of Psychology Cecilia Andreessen in an article for Psychological Reports proves that in terms of its symptoms, fb addiction is not much different not only from gambling addiction, but also from alcoholism and substance abuse. Andreessen found that it is more common in women than in men. Extroverts are more likely than introverts.

The higher the level of self-organization and ambition a person has, the less likely they are to become Facebook-addicted. In the West, the problem has been recognized as very serious. Since 2009, for example, in the United States, there has been a specialized rehabilitation center for Internet addicts.

Facebook is eating up our time. But Andrew Stephen, a professor at the University of Pittsburgh, and Keith Wilcox, a professor at Columbia University in New York, also found that social networking makes us fatter and poorer. Based on observations of 541 Facebook users in the United States, scientists found that fb addicts have a reduced ability for self-control, decision-making and independent conclusions.

Conversely, they are more likely to engage in negative behaviors such as wasting and overeating. The average American spends eight hours a month on Facebook, mostly out of boredom. A large amount of time spent on Facebook is correlated with bulimia, wasting, and a low credit balance.

Baroness Greenfield, a professor at the Department of Synaptic Pharmacology at Lincoln College in Oxford, and a leading neurophysiologist in world science, does not share the enthusiasm for the miracle of the “digital age”. She believes that resources like Facebook “infantilize” the thinking of people in the 21st century. Social media is blurring the boundaries of personality. Any of their users, at least in part, but inevitably lose the feeling “where they end up and where the outside world begins”.

It is possible that for the next generation of people, real communication will seem difficult and tedious, and they will become aware of themselves through the feedback of others. In the past decade, a growing number of studies and publications around the world that negatively assess the impact on society of social networks, and Facebook in particular.

MIT sociology lecturer Sherry Turkle, in her bestseller, Alone Together, interprets the epidemic of mental disorder as an overwhelming preoccupation with online communication. Nicholas Carr, in his book The Shallows, talks about how the Internet is changing our way of thinking, impairing our ability to handle large and complex bodies of information.

The generation of “slacktivists” and its pathologies are described in Evgeny Morozov’s book The Net Delusion. Cyber ​​skepticism is imbued with the book The Dumbest Generation by the professor of Emory University Mark Bauerlein.

There is growing evidence that as a technologically advanced platform for communication in a new, progressive format, Facebook is not so harmless. The use of social networks is fraught with numerous pathologies both in the behavior of an individual and in interpersonal communication. It’s time to give the project a different name and positioning: now it is not a platform for “abnormal” communication, but a new brand selling you a new and bright “virtual universe”.

Science
The most “scientific” fly turned out to be the most “cultured”
Science
THE MAD BEAUTY: Paris, India, Jerusalem and Florence Syndromes
Science
IN LABORATORIES: how humanity spent the summer of 2021
Science
CLIMATE APOCALYPSE: WHAT DOES THE NEW EPOCHAL REPORT WARN ABOUT?
Science
NON-HUMAN BRAIN: MATH AND GROWTH THINKING
Science
THE POWER OF PRIVACY: you – made the choice, the choice – made you!