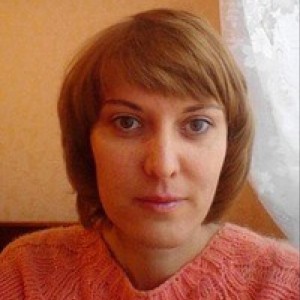 PARTS OF HAPPINESS: EVO company is creating a paradise for introverts and is fighting a destructive criticism

At EVO company, Viktor Kirichenko is responsible for the implementation of organizational and transformational changes in operational processes and internal corporate culture. He is an adherent of humane management and pursues a ‘chain of happiness’: if employees of the company are happy, the customers and owners will be happy too. We talked with Victor about how he manages to make everyone happy.

A year ago, management at EVO company decided to create a high-quality customer service, and Viktor Kirichenko volunteered to take on building it, focusing on operational processes and internal corporate culture. “Both directions are equally important in this respect,” explains Kirichenko. “I strive for a radical improvement of everything that affects the main goals of our company: to make customers and employees happy, in order to increase business profit.”

“And” instead of “or”. The mission of Viktor Kirichenko is to create an integrating system that will unite the employees, customers and owners of the company. “I like experiments, so I often initiate changes based on my intuition,” he says. “And most importantly, they should be based on the principle of humanity.”

WHEN A CONFLICT OF INTERESTS OCCURS, IT IS BETTER TO CHOOSE “AND” INSTEAD OF «OR»

Some business issues may cause internal protest or even rejection among employees. In this case, everyone, including the owner of the company, will have to choose between a happy client and unhappy employees, or only a happy owner. Alternatively, you may have happy employees, but an unprofitable business and unsatisfied customers. How to avoid this? When a conflict of interest occurs, it is better to choose “and” instead of “or”.

Intrusion and empathy. To find the best solution, you need to let pass through yourself everything that happens in the company. That is why Kirichenko has refused to use his office for three months. Now his office is used for staff meetings of different departments. As for him, he is changing his working place dislocation every two weeks. The company has several teams that are involved in various projects. The team leaders use to receive the following message from Kirichenko (before his intrusion), “I promise to behave myself, not to offend anyone, and maybe even do something useful for you.” When you are in the midst of the operation, you have an opportunity to see what is going on in the team: who fails, where conflict is, what new ideas, and problem solutions are offered by employees.

Without close communication, the channel of perception is narrow and the essence is lost: you are missing the problem, the cause, and the context

“When I am observing how people work, I can notice minor points that otherwise would have remained behind the scenes,” explains Kirichenko. “Without a close communication, the perception channel is narrow and the essence is lost: you are missing the problem, the cause and the context.” Usually, straightforward attempts to reveal a conflict of interests (with questions like “What are your problems?”) do not produce a desired effect. A full intrusion of an observer in operations and informal communication with employees bring changes.

Employees tend to share their concerns over a cup of coffee or during lunch: difficulties in communicating with a particular client, unproductive communication between departments of the company, etc. At first, these problems look like separate fragments, but gradually they start to form into an overall picture. “If the problem holds when you change a team, then it is a systemic problem,” says Kirichenko. “Therefore, the solution must also be systemic.”

Health monitoring. When it comes to health, prevention comes first. To determine the level of happiness related to working in the company, EVO regularly conducts anonymous surveys of the employees. The main questions include the following: Do I think my work benefits society? Is the (psychological) climate good in our company? What is the effectiveness of interaction between departments?

What should be done if the information is not shared freely and in full? In EVO, this task is solved in two stages: a pinpoint work with individual employees and monthly open meetings with management called Public Talk.

Public Talk is raising topics that are important to the majority of employees. The company’s founders, top managers, and supervisors of separate functions are the speakers. The employees have the opportunity to ask anonymously the most uncomfortable questions. “Not only is the topic of the question important but also the phrasing,” explains Kirichenko. “On Public Talk, no matter how unpleasant the wording of the question is, it sounds in its original form.”

IF WE ARE TALKING ABOUT REALLY IMPORTANT THINGS, THEY WILL DEFINITELY BE IMLEMENTED

The first meeting of this format was devoted to issues of career development in the company. It is not a secret, personal growth is impossible without a person’s striving for it. Therefore, the main task of the debut Public Talk was to demonstrate that EVO provides wide opportunities for career growth. At the same time, it was emphasized, that promotion depends primarily on the employees themselves and their performance. The employees, in their turn, had expressed a need to have someone responsible for career development issues in the company to be able to discuss the promotion. Now the company has such an expert. “This is a story about a workplace environment in which you have nothing to fear,” says Kirichenko. “If we are talking about really important things, they will definitely be implemented.”

A new goal setting. In goal setting, not only top-down, but also bottom-up approach is used. Each team member must believe in the ambitiousness of the next goal. Therefore, employees together are looking for the means to achieve a new goal. Then comes the turn of an open dialogue with the head of the department, who finds out how the subordinates assess their own capabilities. These discussions often result in setting goals that are more feasible. Then each team gets a task assignment. Each team member knows the key tasks for the next quarter or even a year. The bottom-up approach has a positive effect on the attitude to the work process and the result itself.

High-quality feedback. One of the surveys in the company had revealed the problem of poor efficiency of internal communication. An additional anonymous survey to assess the intra-team interaction was conducted aiming to detect the particular unit with problems in communication. The employees had a possibility to add comments to the questionnaires. However, the result was unexpected. “When an employee calls the head of another department a dummy or a bitch, it’s nothing more than emotions,” says Kirichenko. “Such destructive criticism nullifies all theories of building high-quality intra-team communications.”

The company conducted training on the ability to provide high-quality feedback, in which 70% of the team leaders took part. The next task was to train the grass-root employees of the company in high-quality feedback. The training was expanded with the emotional intelligence block. Then they had to go even deeper and create a secure communication environment in the company. “This was the way we did it. Layer by layer did we dig up deep-seated problems,” says Kirichenko. “Processing each new request allowed us to achieve better results over and over again.”

Paradise for introverts and team networking. In EVO company there are positions where you can work alone. Employees do not have to work in the office; they can work in common spaces. An increase in the level of a personal acquaintance of employees with each other is another important issue. This has a beneficial effect on the interaction between the teams. “The quality of human interaction directly depends on how close people are,” Kirichenko assures. “When you know someone personally, trust, communication warmth and tolerance to possible mistakes grow.”

A personal acquaintance helps smooth out sharp corners, so the company decided to familiarize all 900 employees with each other. The mechanism impresses with simplicity and originality. You join a special chat room where the bot randomly forms pairs every week. These people go for a cup of coffee together. Sometimes there are unusual combinations: the CEO and a newcomer, or colleagues who work on the same project but have not previously met in person, or employees from conflicting departments.

Then the magic begins. “According to our measurement, the NPS of this ‘dating site’ turned out to be higher than the NPS of any other product,» says Kirichenko. “We started with 30 people, and two months later their number in the chat grew by almost an order of magnitude.” The initiative appealed to 95% of the company’s employees.

A dispute of employees on work issues begins with listening to the opponent and the subsequent repeating the complaints. This is how the ability to listen to the opposite point of view is trained.

To resolve conflicts horizontally. In EVO there is a non-trivial algorithm of conflict resolution. The dispute of employees on the work issue begins with listening to the opponent and the subsequent repeating of the complaints. This is how the ability to listen to the opposite point of view is practiced. Only then, you can present your vision of the situation.

If the agreement does not work out, a team-mediator comes to the rescue. Almost any employee of the company can play this role: a leader or a trustful team member of the conflict parties. Constructive dialogue is based on two pillars: the problem to be solved and the specific issue disputed. Clarification of these points allows you to resolve 80% of conflicts arising in the company. “There are plenty of ways to solve the problem,” notes Kirichenko. “The intention to resolve the conflict before it becomes irreversible is the main thing.”

According to Kirichenko, horizontal links is the strength of EVO company. It is habitual for employees from different departments to meet, to describe a problem and find a solution without the managers involved. Horizontal communications in the company are encouraged and expanded, and a resolution of conflicts via managers is perceived as an exceptional situation.

Wish is the primary reason. In EVO company, in delegating tasks attention is paid first to the enthusiasm, and only then to the competence of an employee. If a person perceives a task as a challenge and is eager to achieve the goal, as a rule, the result exceeds expectations.