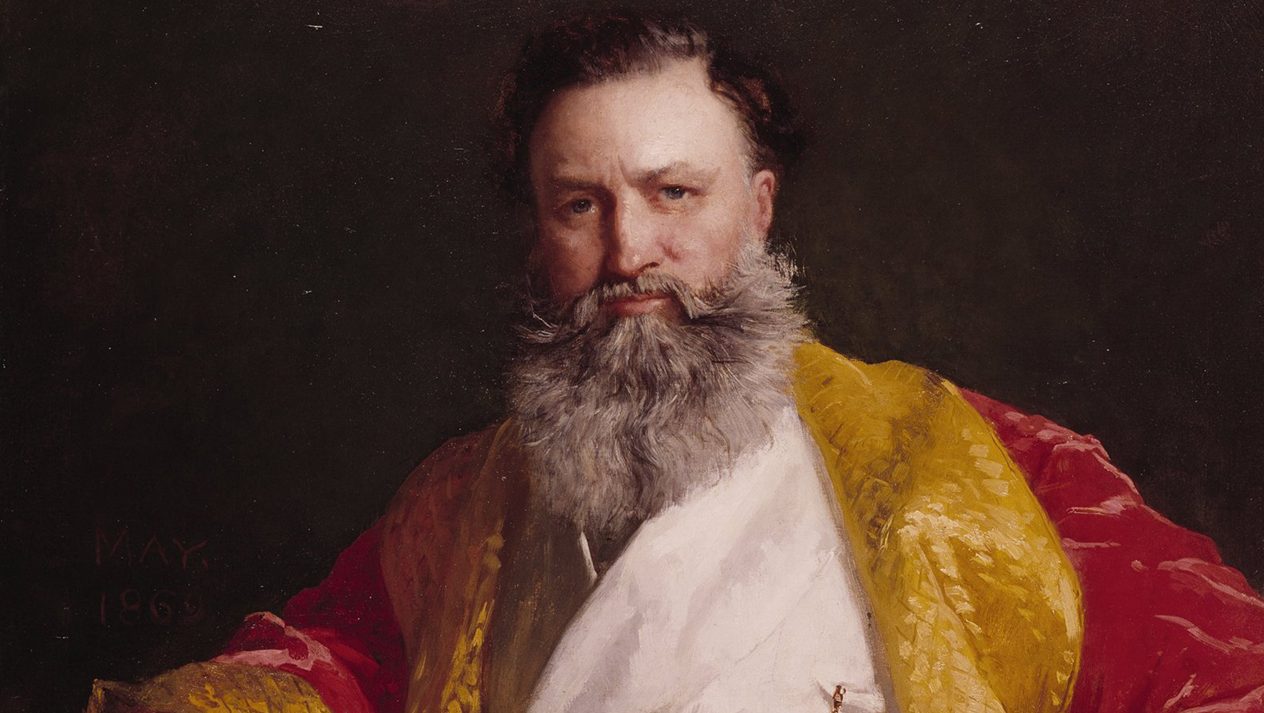 It is said that his way began with counterfeiting. Isaac Singer’s parents loved to tell how their young son drew a zero on a dollar note. It seems that his capital in the future multiplied with the same ease and enviable consistency.

The playboy, the self-taught theatricalist, the slacker, the man with a flair for money, the nouveau riche and the swashbuckler – all sorts of things were said about Singer. But he gave us the most famous sewing machine with Sphinx and scrolls, which spread all over the world.

He was not only an inventor, but also a man of enterprise, who managed to combine in his brainchild the most successful technical findings of his predecessors and slightly improved the drawings.

Singer was a successful businessman, and probably would have told a lot of interesting stories in his memoirs, if they had been written. It was he who organized one of the very first American start-ups of the 19th century in New York, invented such concepts as franchises, installments, the “goods by mail order” option, founded the world’s first multinational corporation, uniting and reconciling competitors.

OFF THE THEATRICAL STAGE

Isaac Singer left home at age 12 and began moonlighting as a mechanic’s assistant. He did not like turning bolts and nuts and serving wrenches. After languishing in the shop for four years, he joined a traveling theater company, where he got all the major roles.
Having matured a little, he married an actress – a colleague in the theater. People of the creative profession earned not enough, and children began to appear one after the other. Isaac Singer’s financial situation became increasingly difficult. He divorced, married again, thought about his own theatrical project, and he still needed money.

Working as a laborer on the construction of a water canal in Ohio prompted the enterprising theaterman to patent a drilling machine. Isaac was able to make as much as $2,000 – a fabulous fortune for 1839! He decided to invest the money in promoting himself as an actor.

When he was under 40, he already had ten children. He had been an actor, director, and business manager of his own theater. After surviving betrayal and the theft of money from the theater, Isaac Singer quite by accident focused his attention on the hard work of seamstresses.

He was struck by the graceful girls who had to cope with the naughty mechanisms and weighty spare parts of powerful sewing machines. Isaac Singer decided to make their lives easier by offering his own version of the machine. Soon there appeared “E.M. Singer & Co”.

The advent of the Singer sewing machine made a technological leap in sewing shops. The fact is that several previous machines were so complicated and imperfect that seamstresses preferred to operate them by hand in the old fashioned way. Such, for example, was Elias Howe’s sewing machine. It made three hundred stitches a minute and required adjustment several times a week.

Isaac Singer bought such a machine for $40, perfected it in a week, and sold it for a hundred dollars. The mechanic-theater’s oscillating shuttle made smooth stitches and worked much faster.

When Singer patented his new sewing machine device in 1954, he learned of his competitors, Wilson and Gibbs. Making friends with those who held patents on any sewing machine-related inventions, the enterprising Singer gathered them into a partnership, The Singer Manufacturing Company, and protected his inventions by law. That’s when the first sewing machine factory was opened.

What innovations made Singer’s machines the best on the market? Singer invented a lower drive pedal that allowed seamstresses to work with both hands without continuously turning the sewing wheel or handle, a horizontally positioned swinging shuttle, a fabric table for the convenience of the dressmaker, and a needle-holder foot. Designers designed embellishments with monograms and a sleek metal machine stand. But how to sell it to every home?

And then Isaac Singer came up with a revolutionary payment system – installment payments. It was possible to work and earn a lot or to sew for the family, and give the money back gradually. Then he went further and offered a promotion of unprecedented generosity: anyone who turned in a machine from another manufacturer to the manufactory received a $50 discount on a new Singer machine.

Thanks to the mass production of the legendary Singer in 1863, prices dropped from a hundred dollars to ten. For many families, even that price was unaffordable. But Isaac Singer had foreseen this too, starting to give machines for rent.

That was also when the first franchises were launched – Singer sewing machines were sold by partners all over the world and serviced in Europe, Turkey and Russia. In many countries factories for the production of the legendary machines appeared.

Isaac Singer wanted his Singer in every home. In the showcases of the company’s stores, beautiful model girls sat behind the machines, creating a coveted image. In churches, markets and women’s parlors around the world, postcards were handed out: the picture showed a beautiful blond girl stitching on a Singer machine. What lady wouldn’t want to be like her?

By the way, Isaac Singer spent a fabulous $1 million to advertise his invention. When he was named an American treasure, he and his young wife had already moved to Britain, to a house with 115 rooms and a large stable. Isaac Singer left a hired director in his place, which was also an innovative business decision ahead of its time.

The entrepreneur lived a bright, rich life – he was the father of 24 children, had several wives and many love affairs, was engaged in theater and productions, and generally lived his life to his satisfaction. Business for him was also a process of pleasure. Perhaps that is why he became so successful.