“A large company is like a centipede: if one or two legs fall off, it will not affect walking and growth in any way”. Leadership rules of Asia’s richest man, Mukesh Ambani 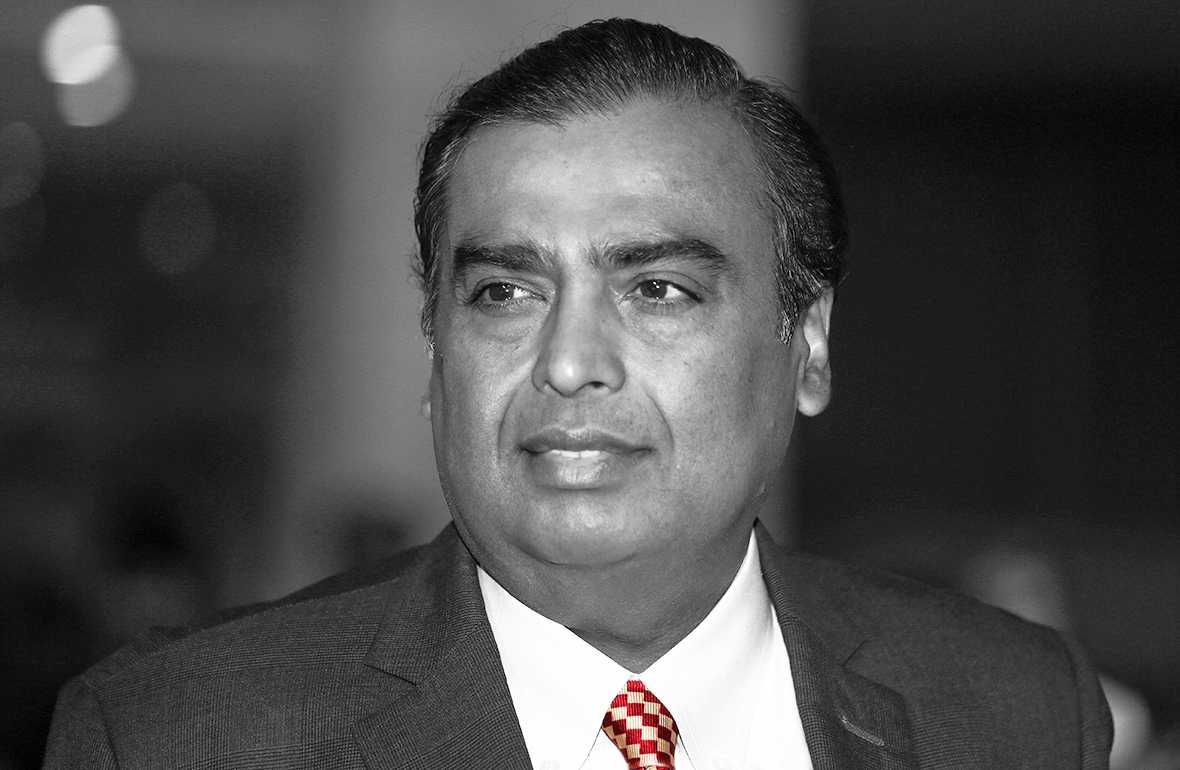 “The face of the Indian people”, “a leader equal to Gandhi”, “the king of India” – as soon as they call the head of the board of directors and the largest shareholder of the Indian holding Reliance Industries Mukesh Ambani in his homeland. With a fortune of $96.4 billion, he is now among the top ten richest people in the world and is the richest man in Asia. Ambani confidently takes the line of Today’s Winners with information about the state of affairs “for now”, in real time on the Forbes resource.

Mukesh Ambani heads the petrochemical corporation Reliance Industries Ltd, the largest company in India. In total, he created 51 new production facilities using the latest progressive technologies. And he is not going to rest on his laurels. “Continuous growth is the foundation of any business,” says Ambani. “Growth is a lifestyle for me”.

IN BUSINESS, THE MOST IMPORTANT THING IS TO BELIEVE IN YOURSELF AND THE ABILITY TO TURN THIS BELIEF INTO REALITY

Its main goal is not only profit. In his zeal to do something good for the country, the billionaire is supported by both the poor and the rich, and is revered no less than the local politicians. Mukesh Ambani is an extremely significant person who personifies the entire Indian people. He is one of the most respected business leaders in the world and is ranked high due to his social position. For example, he actively supports those in need.

Mukesh Ambani once came to the conclusion that “data is the new oil” and gave India the internet. He invested $33 million in the new company Reliance Jio, and more than $20 billion in the creation of 100 thousand telecommunication towers throughout the country. At the same time, Ambani launched a 4G network, which remained free for seven months and became available to 80% of his fellow citizens.

“I believe that humanity is on the verge of large-scale changes, the digital and information age is just beginning,” the billionaire said in an interview. “In the next 20 years, the world will change and converge more than in the last hundred years, and it is digitalization that will lead this revolution. India cannot afford to be left behind.

Several years ago, we were the 150th country in the world in terms of the prevalence of the Internet. The Jio project should change this situation. Thanks to the project, the younger generation in India will not only be able to flourish along with other countries, but also have a hand in creating this new world”.

In 2016, the world saw the LYF smartphone from Reliance Jio, now the most popular in India. Mukesh Ambani promised to change his country for the better and is confidently pursuing this goal.

IN BUSINESS, YOU NEED TO BE ABLE TO CREATE SOMETHING FROM NOTHING

The foundation of the empire of Reliance Industries Ltd in 1966 was laid by the father of the billionaire. As a humble secretary in a British port, Dhirubhai Ambani saved up for his own business – he began to trade in spices and wool, and then to produce textile products. Experimenting with fabrics and composition, the founder in the late 70s began to produce synthetic fabric, in particular polyester.

Starting to work at his father’s enterprise, Mukesh Ambani took a break to study. He received his degree in chemistry from the Mumbai Institute of Chemical Technology and began his MBA at Stanford, but returned to India to help run the family business.

All production facilities of the corporation initially used only the latest progressive technologies. This is how Reliance Industries Ltd developed into a powerful structure with the largest oil refinery in the world, located in Jamnagar. Ambani was never upset by failure. Reacting to small troubles with business, he always noted philosophically: “A large company resembles a centipede: if one or two legs fall off, it will not affect walking and growth in any way”.

He transformed his father’s yarn processing business into a petrochemical business. Now the corporation is waiting for another metamorphosis – after all, Mukesh Ambani is seriously determined to turn his brainchild into an IT empire. The nearest plans include opening large retail stores throughout India that could compete with Amazon and Walmart, as well as the Tiffany & Co. boutique chain.

“For me, a billion people are a billion consumers. This is an opportunity to create and earn something. I call it contagious impatience: we strive to do everything not just quickly, but twice as fast,” Mukesh Ambani says enthusiastically.

Nevertheless, Ambani is also known for its “royal” spending. He is a real lover of gigantomania – he lives with his family in the largest private house of 400 thousand square meters. This is a whole 27-storey skyscraper with the mythical name Antilia in the south of Mumbai. The building cost him $1 billion.

Ambani’s biographers attribute this to the maximalism of a billionaire. And also, remembering his statement: “Do not be afraid to commit daring actions on the way to success,” they consider an outstanding building to be the same daring act to emphasize and consolidate their success.