BEST & BRIGHTEST: How has the value of creative industries changed in Ukraine? Economy, culture and talent development – what is the influence of the creative industry now? 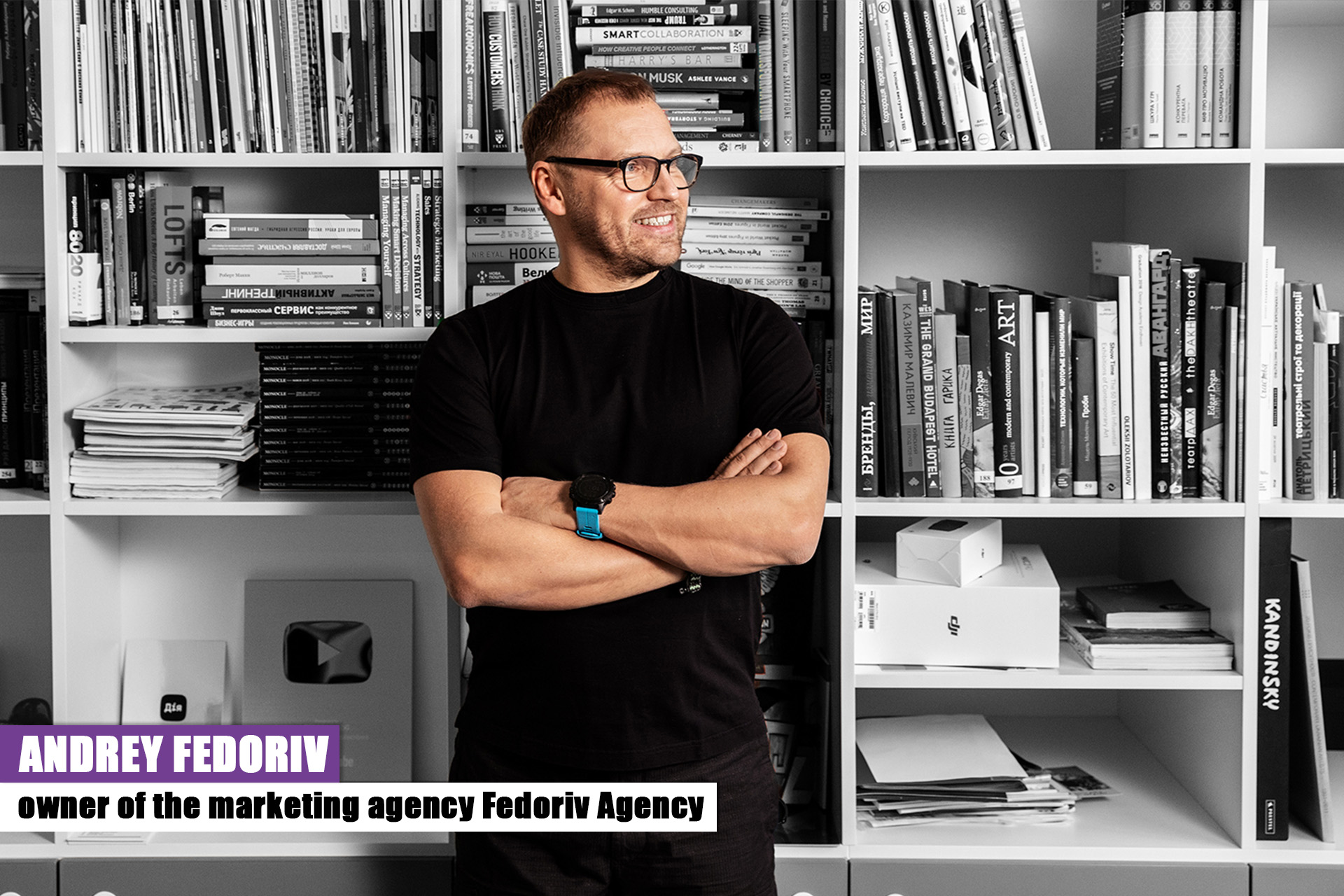 The world capitalization of creative industries is about $ 2.3 trillion. In 2020, due to the pandemic, the global economy shrank by 4.3%. At the same time, the creative industry showed significant growth by almost 15%. And the influence of an innovative economy continues to grow, outpacing many traditional industrial sectors.

We decided to talk about the value of creative industries in Ukraine and the future of the creative class with Andriy Fedoriv, ​​the owner of the Fedoriv Agency, which is marketing agency and the founder of the creative and investment company Fedoriv Group.

FROM PIRACY TO CREATIVITY

It seems to me that the most fundamental change that has taken place in 30 years is that the Ukrainian creative industry has ceased to be analogous and local. Throughout the 90s, it worked exclusively on some fragments of the USSR, and in fact, the 90s are the stage of the birth of something and it is a stage rather of copying.

When we looked to the West: both America and Europe, and from there we made bad pirated copies of what and how it should be. I still remember the screensaver of the TV channel “Tet-a-tet”, where at first the word “Tet” flew out, then the word “Tet” again, then a strange letter “a” was drawn there, everything was allowed.

Some films were shown on TV without any licenses and rights, the first FM stations were born, the Internet appeared in the 90s, and all this was a curiosity.

Talented people (at that time the concept of “creativity” did not really exist, they were called talented) – they were, as now, composers, architects – people who shone in the Soviet Union, they all turned out to be not needed, they turned out to be poor and unclaimed – and it was, in fact, a huge tragedy.

For example, Apple, which then exclusively sold personal computers. Some exhibitions started, in particular, the Kyiv Advertising Festival, the REX exhibition – they appeared in the late 90s. Then the emigrants (foreigners) were like bearers of secret knowledge, who were almost worshiped.

And the expat community in Kyiv was tiny – literally a few hundred people, who circled around the Rezon bar in Podil and the Kyiv Post newspaper.

It seems to me that the main turning point began to occur in the 2000s, when a sufficiently large number of local talents grew inside Western or Ukrainian companies, who realized that they could do something on their own. For example, we left the international agency in 2003 in order to start our own business at the beginning of 2004.

TO OVERTAKE AMERICA AND EUROPE!

Around this period of the 2000s, it is important that the Internet ceased to be a point phenomenon and social networks began to appear, which slowly developed in the mid-2000s, then smartphones appeared, and all this “exploded” with the advent of the iPhone, Facebook and the development of social networks at the turn of the 2000s and 2010s.

It led to the fact that the new generation of Ukrainian IT specialists, architects, often artists, painters did not have a complex of “inferiority” in front of Western markets, there was no fear of travel, there was much more access to information. For me, the creative industry of Ukraine for the last 10 years is in various areas about production and about IT, about advertising, design and architecture.

Artists claim to be not like in Europe 20 years ago, but better than in Europe, better than in America. My big dream is that creative classes will exchange confidence and conquer the world with digital tools.

HELLO, WE ARE LOOKING FOR TALENTS!

Darina Zholdak’s foundation, the founder of which I am, is launching a new large project. For the next 10 years, the Foundation will focus on supporting talented teenagers. We will help them realize their creative potential, feel the superpower of their own talent, not be afraid to choose a creative profession and develop successfully in it.

Creativity and the creative economy provide an incredible range of careers and opportunities – from architects to singers, designers to filmmakers, programmers, artists, content creators and more. These people shape the world we live in. We want the talents to be revealed, and this childish creative spark turns into a real flame.