Author: Aleksandr Kolb
The author of the blog «The Big Fish»
Leadership&Management
4 minutes for reading

“We believe in people and do not treat them like tough American business. Sigma Software is a company about people,” Valery Krasovsky, the co-founder and the CEO of the outsourcing company Sigma Software 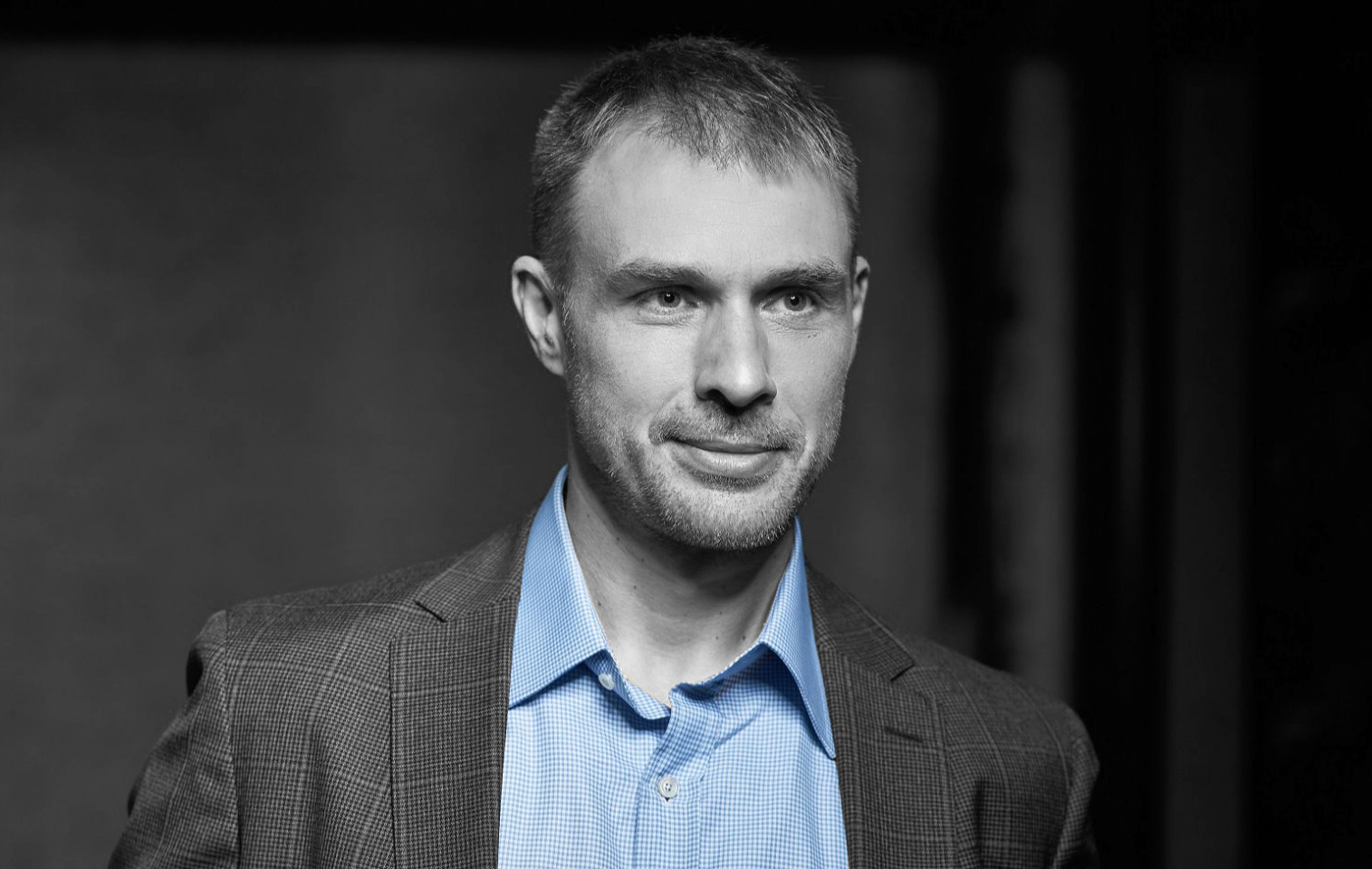 Valery Krasovsky is the co-founder and the CEO of the outsourcing company Sigma Software. It was created by 5 programmers almost 20 years ago. After 4 years, the company merged with the Swedish company Sigma. Sigma Software currently employs about one and a half thousand people.

On the air of the Big Fish Youtube channel, Valery spoke about how service IT companies are assessed, how roles are divided between partners in Sigma Software, and about the principles of a team.

We took a lot from the Swedes: in particular, the approach to entrepreneurship and the concept of a business team. It is when everyone is collectively responsible for all key areas in the company. It’s broader than a board of directors. Now our business team is 150 people. The peculiarity is that these people are united by one goal and understand how the company is developing, communicate informally and cooperate, and it helps to move towards our strategic goals.

Sometimes there can be grievances due to not being included in the business team. It’s great when people want to be involved in a common cause and strive for it. We believe in people and do not treat them like tough American business. Sigma Software is a company about people.

ABOUT THE DIFFERENCE IN MENTALITY

Americans adapt better to changes, such as new prices. Ukraine is no longer an offshore location. Europeans understand it more difficult. We are approaching the cost of development to European, American prices. If we compare with New York, Silicon Valley or Norway, then we are, of course, cheaper, but on a par with the rest.

When you did something wrong, your American partner might say, “What the fuck you have done?” – that is, very bluntly. A Swede in the same situation will say, “Well, maybe it is not something that we have expected. Maybe a little bit different”. They are very afraid of hurting someone’s feelings. In terms of peace of mind, I like Sweden more.

For American partners, you need to make presentations suggesting improvements. It is better for Swedish people to say, “We can offer you it. And, if you want, we could do a presentation. Do you think it is a good idea?”

ABOUT SEPARATION OF ROLE

Everyone does what he likes. There were no conflicts of interest. On the contrary, we are working on something together. There are no formal documents on the division of our responsibility. There are problems, but we agree.

The formal part should be, the share too. I am always in favor of signing a memorandum of understanding – an informal document that is created to understand each other and who is responsible for what. But we didn’t even have MOU. We make decisions together.

ABOUT INTERACTION WITH THE SWEDEN

We have 4 board meetings with the Swedes once a quarter. A report is prepared for each meeting. Three people on their side (they own 60% of the company), three on our side. Formally, they have the majority of votes. But the Swedes have such a culture that in business they do not squeeze – they will negotiate to the last so that everyone will agree. People don’t like to do just business. People love to relax and do business. For example, drinking together is also a working tool.

ABOUT INVESTMENT FUNDS, REVENIE AND MARGES

We have been working with startups since 2007. Now about six product companies, where we have investments, are our clients. It is one story. The second is Sigma Software Labs and our fund Inspirium Laboratories, which invests up to a million in startups. It is a private fund, our personal savings are invested in it. At the moment, we are creating a more expanded fund, which will attract partners with more money.

ABOUT EVALUATION OF COMPANIES

I can’t say at what mark we bought IdeaSoft. The service business is valued at an EBITDA multiple. It depends on the size of the company. The multiplier is different for a company for 100 and 1500 people.

One of the important stages of the company’s development is the opening of the American market. We did it ourselves, without Sigma. Another important client, who chose us, was from Newcastle, because after meeting we hung out with him until the morning. He argued the choice by the fact that we were very “lively”.

Selling is different now. We have a marketing team, 5 people. Their main function is brand development. For example, we recently held  UK-Ukraine FinTech Summit in London and Kiev, which was the task of International PR.

ABOUT THREE PRINCIPLES OF BUILDING COMMANDS

The first is the freedom to make the right decisions. The second is common cultural values. The third is responsibility for what you do. I don’t like to be fired at all. I personally interview the C-level and the business team.