BEST&BRIGHTEST: Sevgil Musaeva about how the media culture in Ukraine has changed over the years of independence? 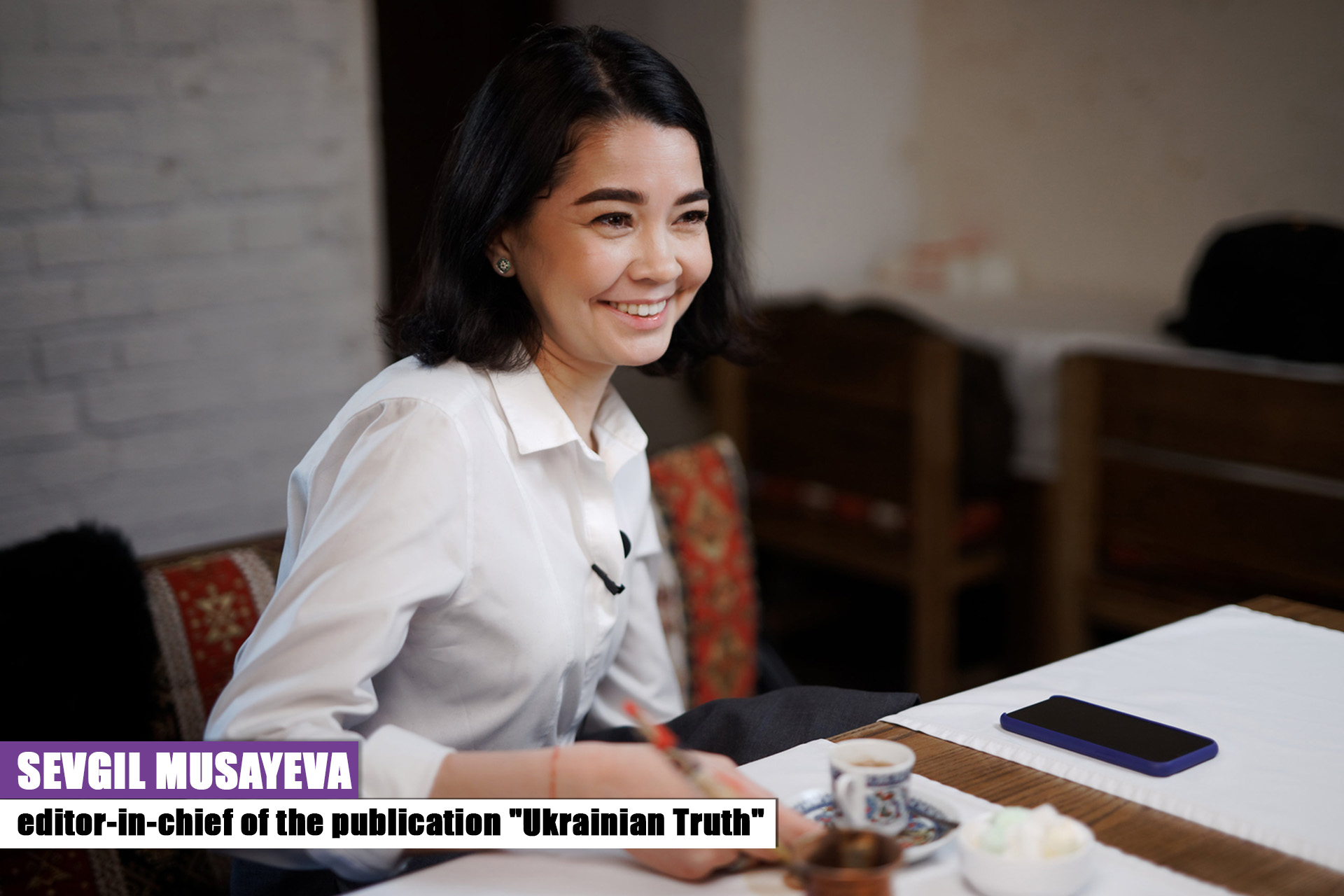 Media culture is a part of Ukrainian culture. However, at the same time, it lives by its own special laws. Mass consciousness today is primarily media consciousness. Therefore, formatting the mass consciousness, the media become the actors of many revolutionary transformations in society.

In the information age, they are responsible for preserving humanistic ideals and trust in the journalistic word. Sevgil Musayeva, the editor-in-chief of Ukrainian Pravda, talks about the transformations that have taken place in Ukrainian media culture over the past 30 years.

In December 1999, a group of Ukrainian journalists went on a business trip to New York. Meanwhile, in Kiev, the Verkhovna Rada voted for the new government of Viktor Yushchenko.

“To find out the composition of the Cabinet of Ministers, I had to call my colleagues in Kiev. It was impossible to find information about it on the Ukrainian Internet. It prompted Gia (Georgy Gongadze) to create Ukrainian Pravda”, recalls the co-founder of the Unitary Enterprise Alena Pritula.

What was the media market of the first decade of Ukrainian independence? Several large TV channels inherited from the privatization of state property to the newly emerging class of oligarchs. There were both print media and news agencies, for the most part very friendly to the authorities.

In Ukraine, politics and business have already merged, and the media have become an integral part of this culture. In the late 1990s and early 2000s, there was a shameful phenomenon of “dark themes” in the country – a list of topics that were issued to the management of TV channels by the presidential administration. The Internet was “pristine virgin soil” and represented an ocean of possibilities.

THE GONGADZE CASE CHANGED THE COUNTRY

There was a shortage of information and independent journalism in the country in general. At the same time, in the first months of the existence of Ukrainian Pravda, its daily audience was 15–20 people. Six months after the founding of the UP, Georgy Gongadze was kidnapped. Later, his decapitated body was found in a forest belt near Kiev.

A few months later, the country heard Melnichenko’s tapes, where a man, in a voice similar to that of President Leonid Kuchma, gave instructions to intimidate the insolent journalist. The Gongadze case became a key political process in Ukraine in the 2000s. But most importantly, it had a colossal footprint and influenced the development and trust to journalists in the country.

High-quality investigative journalists have appeared in the country. The “dark themes” also went to the dustbin of history. At the same time, journalists began to depend, if not on the state, then on private owners – large oligarchs who used the media as one of the tools to defend their political and business interests.

And today financial and industrial groups control 85% of the Ukrainian media market. After the 2014 revolution, Ukrainian journalism faced new challenges: the occupation of a part of the territory, military operations in the east of the country, Russian propaganda and opposition to it, the boom in the development of social networks, the launch of fake news as part of an information war. We are not able to cope with some of these challenges so far.

For 30 years of independence, Ukrainian journalism has come a colossal way. There is much more freedom and at the same time, less responsibility. There is more and more competition in it – for the viewer, reader, listener, who has also become more demanding on the quality of content.

An understanding of the value of independent journalism and a readiness of readers to support it have emerged in the country. Over the past year, a dozen media outlets have launched reader support mechanisms. Ukrainian media culture is still being formed, as is, in fact, a country that is just entering the life stage of conscious youth.

Leadership&Management
“Don’t let others define you. You define yourself”. Leadership rules of Virginia “Ginni Rometty, ex-CEO of IBM Corporation
Emotional Intelligence
“AUGEAN CELLARS” OF CONSCIOUSNESS: non-obvious tools of emotional intelligence in business
Leadership&Management
«The word “happiness” is no longer such a useful word because we apply it to too many different things». Reflections of a futurologist, philosopher, neuroscientist, and psychologist — on happiness
Leadership&Management
BEST&BRIGHTEST: Maturity of Ukrainian society. Are we ready for an open dialogue that will help solve socially significant problems?
Leadership&Management
“The day you stop feeling that you need to prove something to the world and to yourself, you will really achieve something meaningful”. Philanthropist entrepreneur Naveen Jane’s innovative ideas
Leadership&Management
“I was rescued by persistence, perseverance and the ability to use the moment of luck presented by fate in time”. How Enric Bernat came up with a candy worthy of space travel