“There is only one boss. The customer. He can fire everyone in the company simply by spending his money somewhere else”. Walmart founder Sam Walton’s business rules 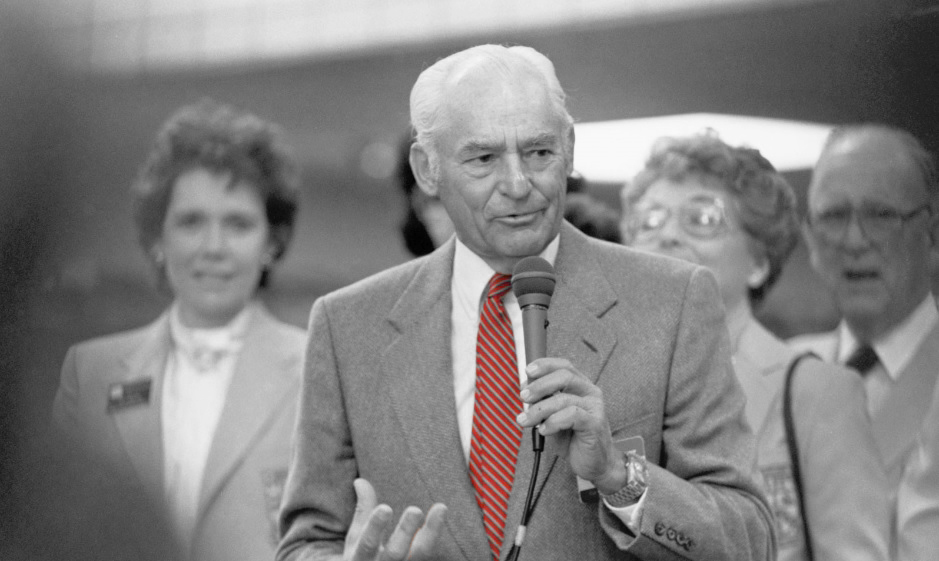 You enter a huge supermarket, approach the shelf with the desired product, and then a sales assistant appears in front of you and, smiling radiantly, asks how he can be of use to you.

This question is such a common thing that it is hard to believe that once it was different, and Sam Walton, the founder of the largest retail chain in America and the world, Walmart Stores, was the first to come up with this greeting and approach. By the way, he himself was a man with a kind smile on his face, this is how his friends and acquaintances remembered him.

Now the Walmart network includes more than 10 thousand stores. Remembering Walton’s parting words, 99.9% of sellers all over the world try to help their potential buyers from the doorway.

DO EVERYTHING WITH FULL POWER

Sam Walton was born in 1918 to a family of farmers in Oklahoma. Little Sam has been in business since childhood – he is engaged in milking cows, participating in the family business of selling milk, then he sells the press, then delivers newspapers directly to the house, then sells pigeons for sale, then he and his parents are engaged in breeding rabbits. Between all these troubles, he tries to study diligently so as not to upset his mother (mother and father were saddened by the not-so-good earnings during the Great Depression).

“Apparently, my mother had an extraordinary gift of persuasion, because I was very serious about her words when she told me that I should always try to do everything with my full strength in order to achieve the maximum in everything I did,” an established businessman Sam Walton wrote in his book The Man Who Invented Walmart. “I have always pursued everything I was interested in with a true passion – some would say obsession – to win. I’ve always held the bar pretty high for myself: I’ve set extremely high personal goals”.

This overstated bar once played a cruel joke on him. After studying at the University of Missouri, Sam Walton began working in the commercial field, trying new and new jobs. Once he made up his mind and asked for the start-up capital from the wealthy father of his young wife. So Sam Walton got the money to buy the Ben Franklin franchise.

Very soon, a small shop in downtown Newport became the most popular there. It was a novelty for the locals that the owner personally meets the buyers at the entrance, is interested in their affairs, asks about the health of the grandmother and remembers in detail what you talked to him nicely about a month ago.

Sam Walton’s affairs and sales figures went up sharply. So much so that the owner of the Ben Franklin retail chain changed his mind to continue the franchise with him. He himself wanted to run such a successful store. By the way, the store employees expressed a desire to go after the boss – wherever he went.

And from here comes another rule of Sam Walton’s business: “Nothing else can quite substitute for a few well-chosen, well-timed, sincere words of praise. They are absolutely free and worth a fortune”. He will be convinced of the correctness of his conclusions more than once.

Sam Walton never doubts that trade and retail is his calling. He moves with his family to the city of Bentonville and opens his own Five & Ten Cents store with an understandable pricing policy.

Now the houses the Walmart Museum are located there. The museum has preserved samples of canned food for dogs from Walmart, the boss’s leather chair and his office, the cars that brought goods to the store.

The first Walmart was opened on the outskirts of the city, where rent was cheaper. Surprisingly, even there the founder was able to transfer the atmosphere of a small city shop with everything he needed, with friendly salespeople and conversations about life. Sam Walton methodically formed his corporate culture, where both the buyer and the seller should feel “at home”.

“Yes, I was indeed forty-four years old when we opened our first Walmart store in 1962, but it was the result of everything we have done since Newport. And this “instant” success, as often happens in such cases, required about twenty years of preparation,” said the founder of the network.

FIRST TO SPEAK WITH A PERSON

Sam Walton was rightfully considered one of the most brilliant entrepreneurs in the United States. Between 1985 and 1988, Forbes magazine named him the richest man in America. But Walton was less interested in wealth than in business innovation.

He managed to reduce the rate of theft from supermarkets simply by asking sellers to greet customers at the entrance. Since 1980, it has been a trademark of the Walmart chain. He often came to stores without warning and stood behind the counter himself, trying to understand the buyer and please him.

“Always be the first to speak to the person,” Sam Walton advised. “If I always waited for someone to turn to me or to speak to me, I would never have formed a network of my contacts, which are so necessary in business. There is only one boss. The customer. He can fire everybody in the company simply by spending his money somewhere else.”

When Sam Walton passed away in 1992, Walmart had nearly 2,000 stores under his control. The revenue was close to $ 50 billion.

“The way management treats associates is exactly how the associates will treat the customer”.

“Swim upstream. Go the other way. Ignore the conventional wisdom”.

“Exceed your customer’s expectations. If you do, they will come back over and over. Give them what they want – and a little more”.

“Celebrate your successes. Find some humor in your failures”.