IMHOTEP: Leonardo da Vinci from the banks of the Nile 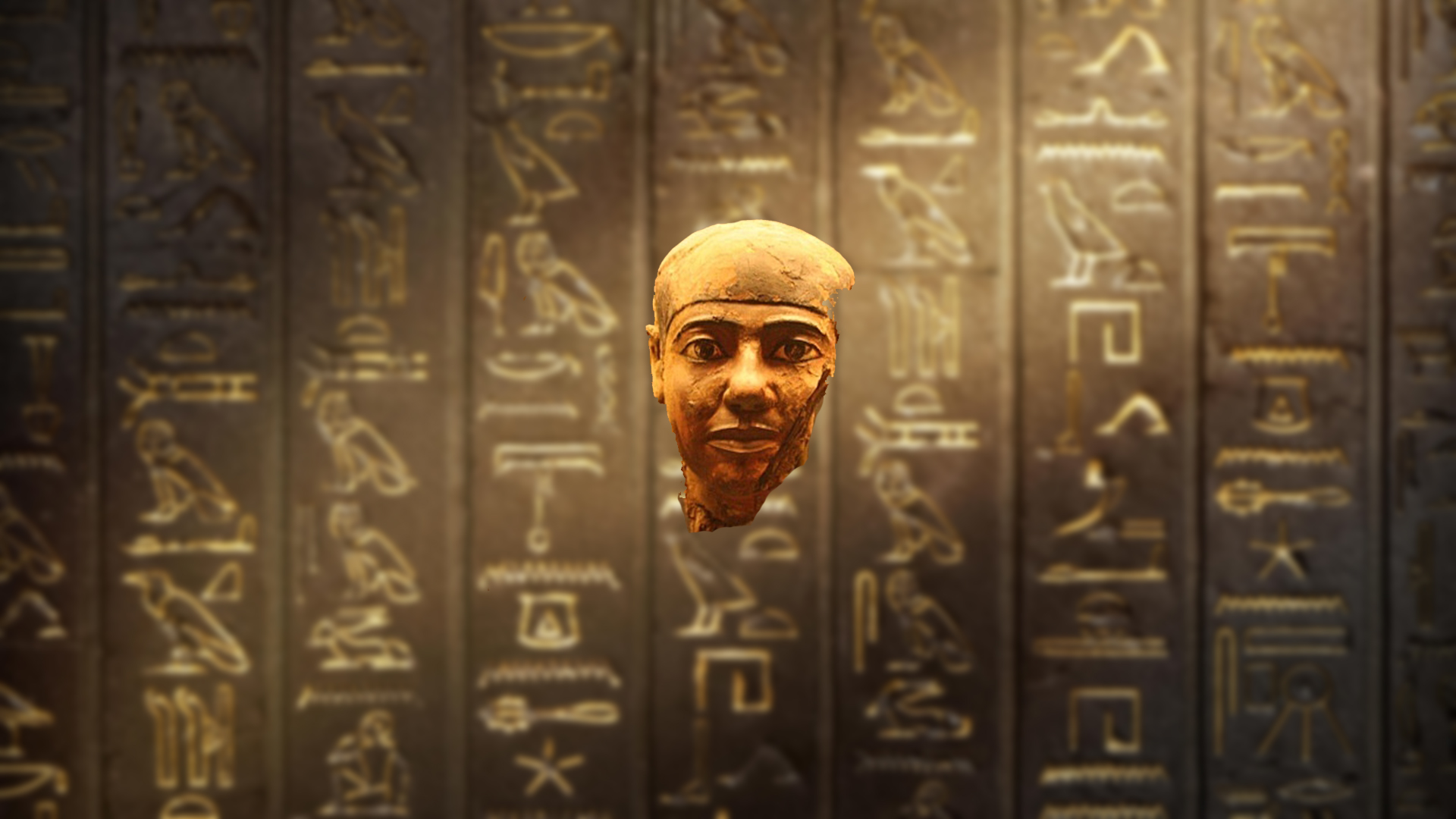 Even when there were no pyramids in Egypt, the legend said that he was great and powerful, he was the first who erected such a miracle in the sands. During the time of Cleopatra, he was revered as a wise and a skillful healer, during the reign of the Ptolemies, in the so-called Hellenistic period in the history of Egypt, he was worshiped as a deity. But here’s the trick: the name of Imhotep is well known to us, but not from scientific works, rather from entertainment films.

Great power of cinema! This art is capable of distorting and altering everything, shown on the screen is so easy to believe, and the myth created by the directors is so difficult to collapse… Through the efforts of Hollywood masters, Imhotep is known to the broad masses for the film The Mummy, its numerous remarks and remakes. And whether it is Imhotep performed by Boris Karloff or Arnold Vosloo, the film image is incredibly far from the truth.

Imhotep (his name in translation means “the one who walks in peace”) lived in the 27th century BC. He was a healer and an architect, an inventor, a genius of his time and a polymath, as the ancient Greeks called such unique ones, Leonardo da Vinci of the Ancient World. During his long life, Imhotep served three pharaohs. His extraordinary talents were revealed during the first ruler of the Third Dynasty, Djoser.

And two millennia later, other rulers, different people, raised him to the rank of a deity: in the era of the Ptolemies, the Greeks – the inhabitants of Egypt – revered him as the god of medicine on a par with their “native” Asclepius. According to some testimonies, the cult of Imhotep lasted until the appearance of Christianity and Islam in Egypt.

With the arrival of the dominant religions, his temples were destroyed, most of the works were lost. Until the nineteenth century, until researchers began to decipher hieroglyphic texts, the world had forgot about him. But the very first mentions of an outstanding scientist of the Ancient World stunned Egyptologists.

In 1926, during the excavation of the Djoser pyramid, archaeologists discovered a statue dated to the years when Imhotep hypothetically lived. On the basis of the statue, after the name of the pharaoh, the name of Imhotep was written and a list of titles was given: the keeper of the treasury of the king in Lower Egypt, the ruler of a large palace, the first after the king in Lower Egypt, the priest of Heliopolis, the architect, the carver of precious vases…

For one person, the title of chati would be enough – this position in modern gradation can be equated with the post of prime minister. Chati was in charge of political and economic issues, was involved in the formation of the budget, made current executive decisions… But Imhotep was also a priest, therefore he had many responsibilities outside the palace. As a priest of the god Ra, the god of sun, he traveled extensively in Upper and Lower Egypt, taught the people the wisdom set forth in the sacred texts.

WHO IS YOUR LORD?

Pharaoh Djoser has been ruling Egypt for over twenty years. In the first years of his reign, he conquered the Sinai Peninsula and from that campaign brought rich trophies, in particular a lot of copper and turquoise – both were a kind of strategic raw materials for Egypt, had a high price.

Djoser wisely disposed of the conquests: he used them in the improvement of the palace and the construction of his own tomb. His second campaign was directed to the south, he reached the sixth rapids of the Nile, conquered Northern Nubia and ordered the construction of a fortification wall to protect the southern borders of his possessions at the first rapids of the Nile.

The palace of Pharaoh Djoser was located in Memphis – the capital of Lower Egypt, located next to Saqqara. The palace was the center of the capital. Numerous craftsmen and artisans settled around it, in particular, architects, stone carvers, sculptors… Among the architects, as the researchers believe, Imhotep originated. For some time he was probably a scribe, then he ran the “office” under the pharaoh.

Not everyone knew how to read and write in Ancient Egypt. The scribes were both the chroniclers of the pharaoh, and legislators, and jurists; it largely depended on them how the state would function. It is not difficult to assess whether Imhotep achieved great success as a scribe: in the later periods of the Egyptian kingdom, the scribes revered him as the patron saint of their craft, honored him on a par with the god of wisdom Thoth. Both in sculptures and on bas-reliefs, he is invariably depicted with an open scroll in his hands – a symbol of knowledge and wisdom.

It is not yet possible to reconstruct the path of Imhotep’s ascent exactly. The most generous source of information about his life – the burial complex in Saqqara, designed and built by him, has not yet given scientists exhaustive answers.

But if the assumption of the researchers is true that the great polymath of antiquity did not come from the most noble family, then it is obvious that he made a remarkable career at court solely thanks to his talents.

It is impossible to say with certainty what Imhotep looked like. Found painted and sculptural images do not allow to recreate the portrait of the ancient sage. Determine how tall he was, what build, what facial features he had, would allow the study of the remains. But the tomb of Imhotep has not yet been found.

Although, as it is known from ancient texts, in the old days thousands of sufferers came to his tomb – to worship him as the god of healing, to ask for healing, and at the same time for wisdom and perseverance. There is only an assumption that the tomb of Imhotep was built in Saqqara – not far from the pyramid of his master, Pharaoh Djoser, and the magnificent buildings that have glorified him for centuries.

The tombs of the pharaohs of the Early and Ancient Kingdoms were mastabas – low trapezoidal structures made of stone. This tradition was changed by Imhotep. For Pharaoh Djoser, he designed something unprecedented – he installed three proportionally decreasing scales on top of each other and built a pyramid.

It was the first pyramid, the largest and most amazing structure of its time. The stepped edges of the pyramid climbed stairs to the sun, to the sky, to the gods – such a bright symbolism could not remain unnoticed. This invention for many centuries determined the direction of development of the architecture of Ancient Egypt.

Djoser’s pyramid looked impressive inside too. A vertical tunnel led to the burial chamber, located at a depth of 28 meters. To get into the main room, one had to overcome a five-kilometer labyrinth that looped between small rooms and hiding places, crossed the passage halls and rested against blank walls.

Archaeologists discovered this miracle of architecture only in the twentieth century. The walls of the burial chambers (and in the pyramid of Djoser, built as a family tomb, there were several of them) were decorated with blue and emerald tiles, which are perfectly preserved. Alas, there were no valuables in the tomb: the robbers had time to work hard.

Most of the finds during the reign of Djoser (and the time of Imhotep’s works) were discovered by the French archaeologist and Egyptologist Jean-Philippe Lauer. He devoted more than 75 years to the study of antiquities in the sands of Egypt, from the 1920s to 2001. It was he who found the step pyramid of Djoser buried in the sands, was the first to describe it, and investigated its amazing layout.

He also restored the burial complex built around the stepped pyramid – another architectural creation of Imhotep. This complex is another testament to the extraordinary genius of the ancient polymath.

It is interesting that the burial complex of Djoser was built not of clay bricks, but of stone, of limestone. But the main thing: in the construction of this building, Imhotep was the first to use a hitherto unseen form – vertical columns. He did not dare to leave them unsupported, they protrude from the walls, but it was also a revolutionary step.

THE GOD OF HEALING

Many researchers reasonably consider Imhotep the founder of modern medicine. He was one of the first to consider diseases and the healing process not as punishment or mercy of the gods, but as natural processes, and began to apply methods of treatment not related to religious rituals. Until now, no sources have been found that would confirm that Imhotep was a healer. It can be argued that his ideas contributed to the development of medical science.

Imhotep’s teachings are retold in a text known as the Edwin Smith Papyrus, dated around 1500 BC. The ancient scientist knew methods of treating over 200 diseases, including a method for treating inflammation of the appendix and arthritis, he knew the healing properties of many plants and natural products. Guided by his instructions, the Egyptians consumed a lot of honey – a product with pronounced bactericidal properties, they also used honey to heal wounds.

However, it should be noted that even before the birth of Imhotep, from about 2750 BC., Egyptian doctors knew human anatomy well. They knew how to do a kind of neurosurgical operations, and very successful. Obviously, they received extensive knowledge about the structure of man through mummification. During this complex procedure, the internal organs were removed from the body, inquiring minds had the opportunity to examine them well, study, and comprehend the principles of their work.

The Egyptians believed that the heart is at the center of a network of channels through which blood, air and semen are carried to different parts of the body. The ancient physicians also knew that proper nutrition and adherence to the rules of hygiene create a reliable barrier to many diseases.

One of the first medical recommendations was a ban on the consumption of raw fish and pork. However, in the matter of healing, the help of the gods was useful. During the treatment procedures, prayers were certainly read and special rituals were performed. There was some practical sense in it as well, because confidence in a favorable outcome of the disease is already a small victory over it.

Imhotep, it seems, was, as they would say today, the popularizer of medical science, as a result, the fame of the great healer deservedly went to him. Temples were erected to him in Thebes and Memphis, people were ready to go half the world to worship him.

It was then that thousands of statues of Imhotep were created: it was believed that everyone who possessed such a thing was under his patronage. At the same time, scientists believe, incredible stories about the great genius of the wise priest and chati were born: as if he cured Pharaoh Djoser of blindness, saved the kingdom from a seven-year drought, and defeated the great famine in the country.

What is true in these retellings, and what is fiction or exaggeration, scientists are not ready to answer unequivocally. Time will tell, because excavations in Saqqara continue, the sands, albeit reluctantly, reveal ancient secrets. Perhaps it is there, on the plateau in the Nile Valley, that the solution to the nature of human genius will be found.