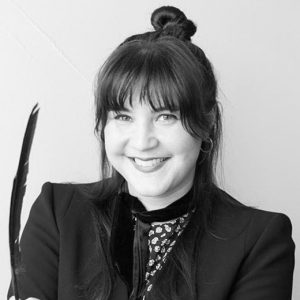 ROTHKO ART CENTER: The Legacy of One of the Most Significant Artists of the 20th Century 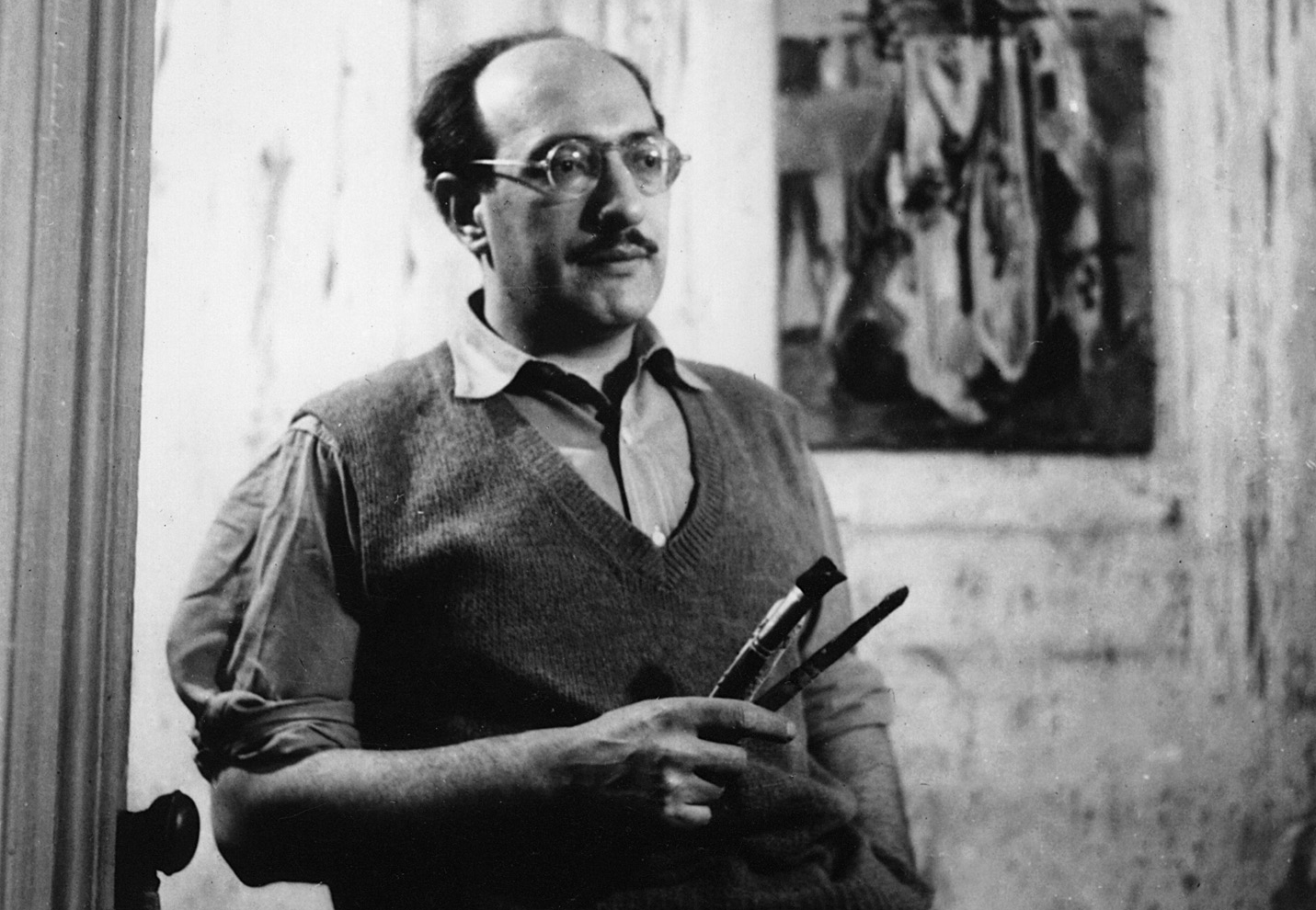 A report about the modern art center of Mark Rothko in the artist’s birthplace in the Baltics. Mark Rothko for almost 50 years (born September 25, 1903 – died February 25, 1970) of creative activity has created his own unique style. Today, Rothko is considered one of the most prominent representatives of abstract expressionism. For the sake of it, it is definitely worth making a trip to the east of Latvia.

A little-known fact about one of the main artists of the 20th century is that his country of birth is Latvia. Namely, the east of the country is the city of Daugavpils. At the time of the birth of the future artist, in 1903, this settlement was called Dvinsk and was part of the Russian Empire.

The boy, born in the family of a pharmacist, was named Markus Rotkovich. He subsequently shortened his first and last name to the well-known Mark Rothko. Throughout the world, he is considered primarily an American artist, and it was interesting to learn about the Latvian roots of the founder of abstract expressionism and color field painting, by which we instantly recognize his handwriting.

We want to recall that the sale of the most expensive painting by Mark Rothko Orange, Red, Yellow for 86.9 million US dollars in 2012 set a record for paintings of the post-war period and confirmed the artist’s status as one of the most significant in the art of the 20th century.

The Rothko Art Center in the artist’s native city of Daugavpils was opened in 2013 by the master’s descendants. The institution is located in the former arsenal building of the Daugavpils Fortress, built in 1833. It was specially restored for this purpose, mainly with the help of the European Regional Development Fund.

In total, funding amounted to almost six and a half million euros. The idea of ​​creating the center was born at the celebration of the centenary of the birth of the artist in 2003. Then, on the banks of the Daugava River, on which the city stands, a monument to the artist by Romuald Gibovsky was erected. The sculpture refers to the geometric figures that often appeared on the masterpieces of the famous Latvian.

The Baltic Art Center, although it bears the name of the artist, is not a classic museum of one author. This place is more about dialogue with modern generations and visitors. Information about Rothko can be found on interactive screens, where we read about the context of his life, biography and works.

The Rothko Art Center has a library of art books. In addition, artists have the opportunity to live in the Arsenal building as an art residence. In general, there is a desire for interactivity and openness towards the younger generation.

This is a very modern approach that is in line with the spirit of the times around the world. The Rothko Art Center is a kind of creative hub where creativity and the desire to learn are encouraged.

“A painting is not a picture of an experience, it is an experience,” said the artist. This quote meets us at the entrance to the hall, which exhibits the works of the famous Latvian. Indeed, he recommended viewing his works at a distance of 40 cm, in order to seem to find himself inside the picture, and not just contemplate it from afar.

By the way, some experts compare this visual experience with Wagner’s music. At the request of Rothko, his canvases should be placed at a height of 30 cm from the floor. There can be no other objects in the hall, the light must be dimmed, and there must be no windows.

It is known that the artist liked to paint in a room with subdued light, as if at dusk. By the way, directly in front of the Rothko hall there is a kind of room for reflection, along the outer perimeter of which there are photographs of the artist, and in the center there is a reproduction of one of his paintings, which should set visitors in the appropriate meditative mood, akin to that which can be felt in the famous Rothko chapel in American Houston, the panels for which the artist developed himself.

There are only 14 of them, and they are all in dark colors. This place was conceived as a center for colloquia on the topics of reconciliation, justice and freedom for opinion leaders from around the world. Even Nelson Mandela was here and received a special Rothko Chapel award, which is given for his contribution to the fight for human rights.

It is noteworthy that visitors to the chapel often ask “Where are the paintings?”, which indicates the absolute “fitting” of his works into the context of the place. By the way, Rothko created them to the order of the de Menil family of oilmen specifically for this building, but, unfortunately, he did not live to see the completion of construction in 1971.

The art center in Daugavpils is worth a visit for 5 originals by Rothko, which illustrate his work in different periods of his life: from early in the 1920s, through the transitional period in the 1940s, to the “classical” time for him in the 1950s and 1960s. Here you can see a self-portrait of the artist in 1936 from the collection of Christopher Rothko, the son of the artist, who is engaged in the legacy of the famous father.

By the way, all the originals were handed over to the art center for use for an indefinite period. It is noteworthy that Rothko is also related to Ukraine. The husband of the artist’s daughter is from our country. His mother was a Russian language teacher at a university in the United States, where they met as teenagers.

Among the exhibitions there are temporary exhibitions of artists from all over the world, inspired by Rothko’s style. For example, the work of the British Michael Kidner, a pioneer of optical art, some of whose works were homages to Mark Rothko. The canvases of the Parisian artist Elissa Marchal can be considered an unobvious reference for the artist.

The Frenchwoman skillfully works with the space near the frame, shifting the focus to this element or moving the frame to the center of the work. Her paintings are bright and very interior.

Much attention is also paid to Latvian artists, among whom Jānis Kupčs stands out with his selection of color combinations at the exhibition Cruel Romances. His large-scale canvas The Belies of Ships seems to be debating with the works of Rothko.

The center has a collection of works, including many ceramics. In general, the region where Rothko was born – Latgale – is famous for its ceramics. This is a traditional folk craft of the area, which is included in the Cultural Canon of Latvia, a list of the most outstanding and famous works of art and cultural values ​​of the country. Therefore, they can be seen in the Rothko Art Center along with paintings.

A separate room is dedicated to the works of the participants of the International Painting Symposium, which is being held in Daugavpils for the 17th time. For two weeks, artists from all over the world work together in a studio in Latvia.

During their stay at the symposium, each participant creates a work, including references to Rothko’s aesthetics. An interesting interpretation this time came from Andrew Smith from the UK and from Maris Upzars from Latvia with his painting Good Morning, Present.

The Rothko Art Center is a cultural magnet for the city, which is the second most important museum in Latvia. This place is called one of the most ambitious cultural projects of the XXI century in Eastern Europe.

In general, it is the first space in the region where you can see the works of the famous artist in the permanent collection in the public domain. And the arsenal, which houses the art center, was reconstructed so skillfully that the project was nominated for the Latvian Architecture Award in 2012.

When you are in the Rothko Art Center in Daugavpils, you understand that if Markus Rotkovich had not left his hometown then in 1913, his life would most likely have turned out quite differently.

The fact that his works are now in his native land are of great importance as an inspiration for emerging artists and beyond. And the fact that the works of Mark Rothko are the starting point in other creative fields is also important, because cross-culturalism is one of the main features of the modern cultural field.

A special performance for the artist’s 115th birthday at the art center in Daugavpils was a “soundscape that dissolves in colour”, based on Terry Riley, an American minimalist composer.